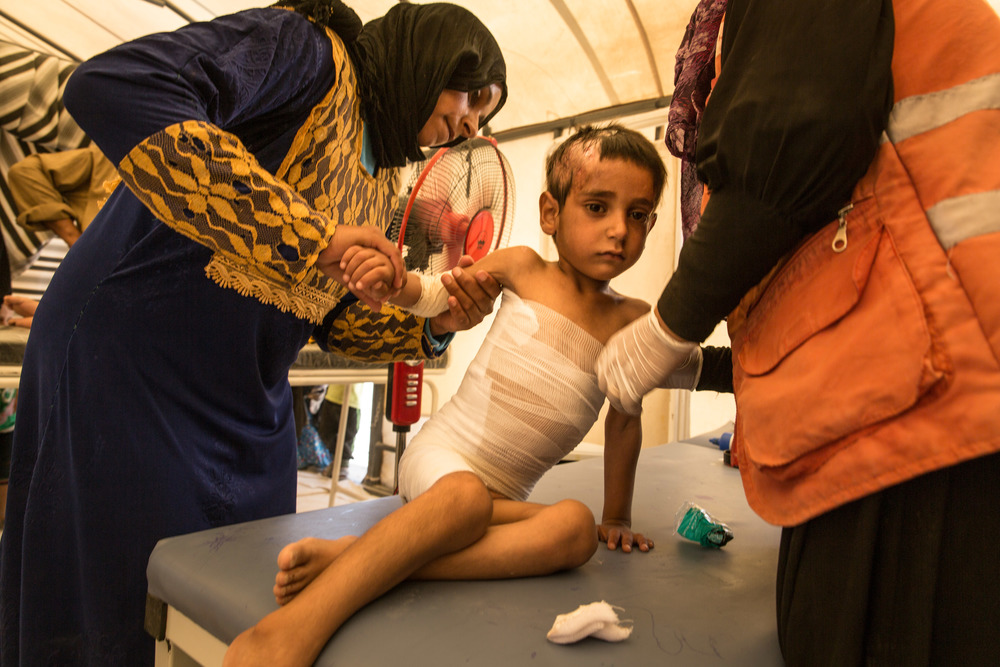 Sick and injured civilians inside and outside of Raqqa are struggling to reach lifesaving medical care due to the ongoing battle to control the northeast Syrian city.

“Patients tell us large numbers of sick and wounded people are trapped inside Raqqa city with little or no access to medical care and scant chance of escaping the city,” says Vanessa Cramond, Médecins Sans Frontières (MSF)​ medical coordinator for Turkey and north Syria.

“On 29 July, in the span of a few hours, our team treated four people, including a five-year-old, who sustained gunshot wounds as they were fleeing Raqqa city. We are extremely concerned for the lives of those who can’t get out.”

The limited number of patients treated by MSF who managed to flee  Raqqa city say that the only way to leave is by being smuggled out, causing dangerous delays in accessing urgent medical treatment.

Trapped on all sides

“Some of our patients have been trapped behind frontlines for days or even weeks,” says Cramond. “If they are lucky, they will have received some basic medical care inside the city, but by the time they reach our hospitals, their wounds have often become seriously infected and saving their limbs is seldom possible.

"By contrast, the patients who arrive from villages around Raqqa city with acute medical emergencies or trauma injuries have crossed the frontlines relatively quickly.” 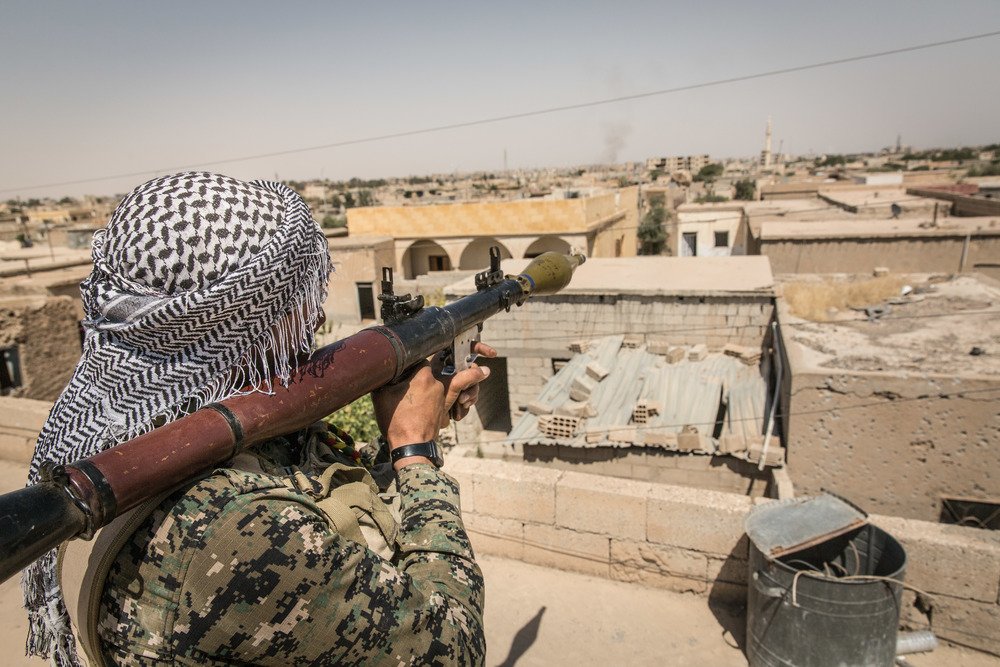 According to one of our patients: “In Raqqa city, if you don’t die from airstrikes, you die by mortar fire; if not by mortars then by sniper shots; if not by snipers, then by an explosive device. And if you get to live, you are besieged by hunger and thirst, as there is no food, no water, no electricity.”

The 41-year-old had shrapnel wounds to his chest and fled Raqqa after losing seven family members.

Following an airstrike, his mother was trapped beneath the rubble of a collapsed building for 15 hours. After being dug out, she was able to receive some basic medical care and leave the city.

Beyond the city, in Raqqa governorate, many people are returning to their villages, but the conflict’s effects are pervasive. Towns and villages are littered with explosive remnants of war including IEDs, booby traps and unexploded ordnance.

"In Raqqacity, if you don't die from airstrikes, you die by mortar fire; if not by mortars then by sniper shots; if not by snipers, then by an explosive device. And if you get to live, you are besieged by hunger and thrist, as there is no food, no water and no electricity."
msf patient

“There are large numbers of residual explosive devices in these towns which are preventing people from returning to their normal lives,” says Cramond.

“For example in Hazima, to the north of Raqqa city, our teams restarted some medical services this week in a local school, but were forced to put this on hold after the building was found to be riddled with mines and booby traps.”

MSF is one of a handful of medical organisations responding to people’s acute needs in Raqqa governorate and northeast Syria.

We operate eight ambulances close to the frontlines, in partnership with local health authorities, with collection points to the north, east and west of Raqqa city. 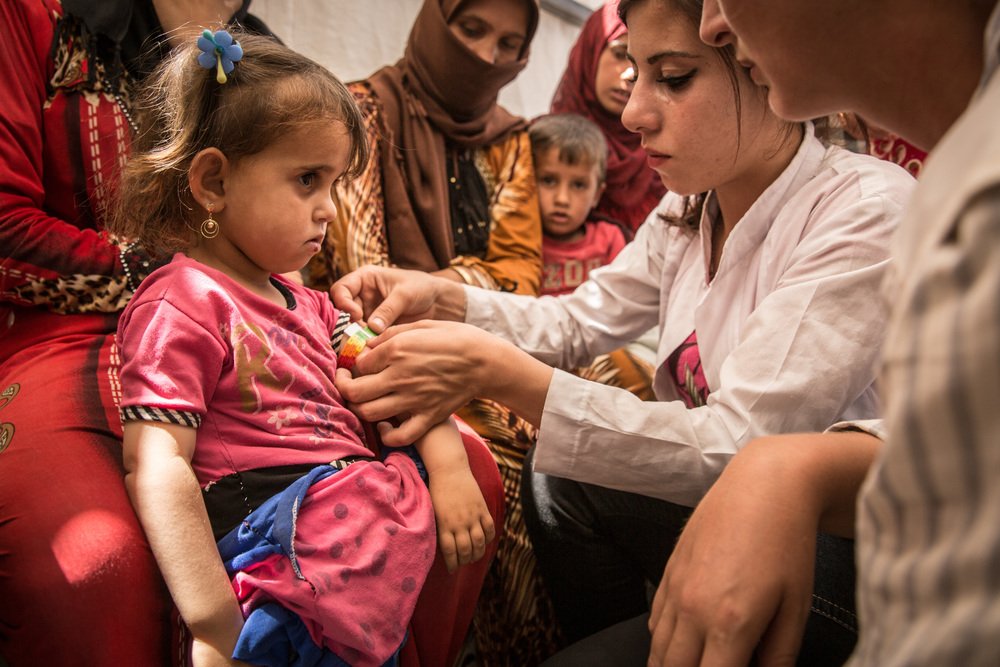 We also support an advanced medical post outside Raqqa city, where patients are stabilised before being transported to hospital in either Tal Abyad or Kobane, more than 100 km away.

Our teams are also running a clinic in Ain Issa camp, and working in several newly accessible areas in northeast Syria that were under Islamic State (IS) control until recently.

We are calling on all warring parties and their allies to ensure the protection of civilians and allow access to medical care and medical evacuation for the war-wounded.

We reiterate the importance of facilitating access to northeast Syria for international de-mining organisations to carry out their activities so that residents can return to their homes safely and aid organisations can provide urgently needed humanitarian assistance.