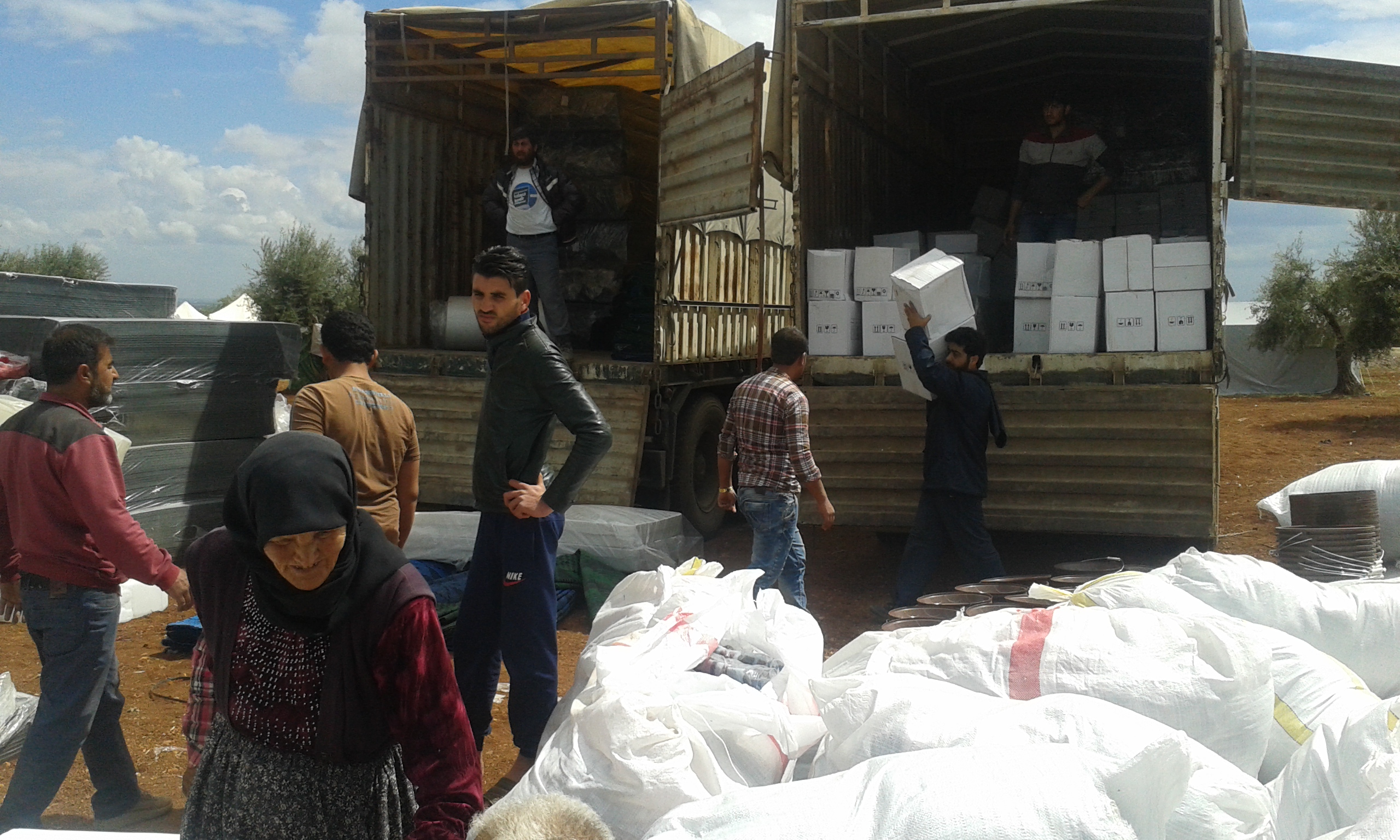 Syria: "The situation is still critical for the tens of thousands of people who have been displaced"

Médecins Sans Frontières' head of mission in Syria Muskilda Zancada reports on the situation in Azaz, where front lines are active and people are traumatised and afraid for their safety.

"Our main concerns at the moment are for the safety of the newly displaced people. The situation is still critical for the tens of thousands of people who have been displaced over the last 10 days. Front lines remain active and this of course reinforces the fear of the people. I was talking with a colleague inside Syria today, and he was saying that everyone is very scared. They are afraid that as front lines are active and some are as close as 7km, they are scared that their safety is not assured.

It’s impossible to predict what will happen. The area is very kinetic and active, but in the last few days there have not been new people fleeing. We sincerely hope that the situation will stabilise, but it’s very difficult to predict. What we do know is that in the immediate future, the significant needs of these newly displaced people will remain.

What we are hearing from our teams inside Syria is that people are traumatised. Fleeing yet again is very traumatic and people are extremely scared for their safety. The fighting is close, and they are scared of Islamic State group taking over different areas. They tell us they are feeling hopeless about their future. They gather whatever they can and seek the safest areas, but it’s not that safe. They are worried for their basic needs. They need food, they need water, sanitation is an issue. How they will survive is obviously a big and urgent concern for them.

MSF teams have been working under incredibly difficult conditions. We have had to reduce services in our hospital to life saving care for emergency cases. In these extremely challenging conditions, we have been able to do 1,200 emergency consultations since the 10th April, when the latest phase of this crisis began. In addition, we have been able to treat 25 war wounded have been treated and 16 babies have been delivered. The reduced team has been running well, we have not yet seen any worrying indicators in terms of health, in the meantime, the second team inside has been making excellent work to support people newly displaced in western part of the district.

They have been providing essential items like sleeping mattresses, blankets and other basic items they need to survive. So far 5,000 people have received support from MSF and we are also coordinating with other NGOs and doing assessments to make sure urgent food, water and sanitation needs are being met.

In this recent displacement that began around 12 days ago there were two waves of people. The first wave who fled had time to gather belongings. Remember, these are people who had already been displaced. They managed to move with their tents, jerry cans and other relief items. Then there was a second flow of people who had to flee the fighting which came rapidly closer to where they were. So they had to rush away very quickly. They were not able to bring much of anything and as a result, they are the ones who are most in need. They need basic shelter, they need the basics with which to survive. They came from western Azaz and had been scattered there since February, staying in improvised settings, wherever they could.

Now there are a significant number who are accommodated in towns, and in collective centres, in schools and squares.

At the border there is not intense pressure by the newly displaced, gathering there. This is not happening according to what we are seeing. In terms of the reports of Turkish soldiers shooting Syrians trying to cross, we know about the reports, but MSF cannot confirm that this has happened and we have not received any cases in our hospital.

The border has been closed for more than one year, but there is a limited number of humanitarian workers who are allowed to cross back and forth, as well as medical doctors who can cross under controlled conditions.

In terms of referring emergency life-saving cases into facilities inside Turkey from Syria, we have not faced any problems so far, all referrals have happened with no problems.

We have been able to reach the 23 health facilities we support with regular donations of the medical supplies and fuel they need to continue offering care.

What concerns us is that the fighting will increase risk for people inside for them to become besieged. There is only one road in and out of Aleppo that is not under the control of the government of Syria and if this route is closed, then we fear the situation will be very grave. The consequences would  be dramatic for those remaining, as it would likely be a siege for the 250,000 or so people who are in the non government held parts of Aleppo. They would be added to the grim list of between 1.5 and 2 million people who are already living under siege in Syria."

Read more about our medical work in Syria