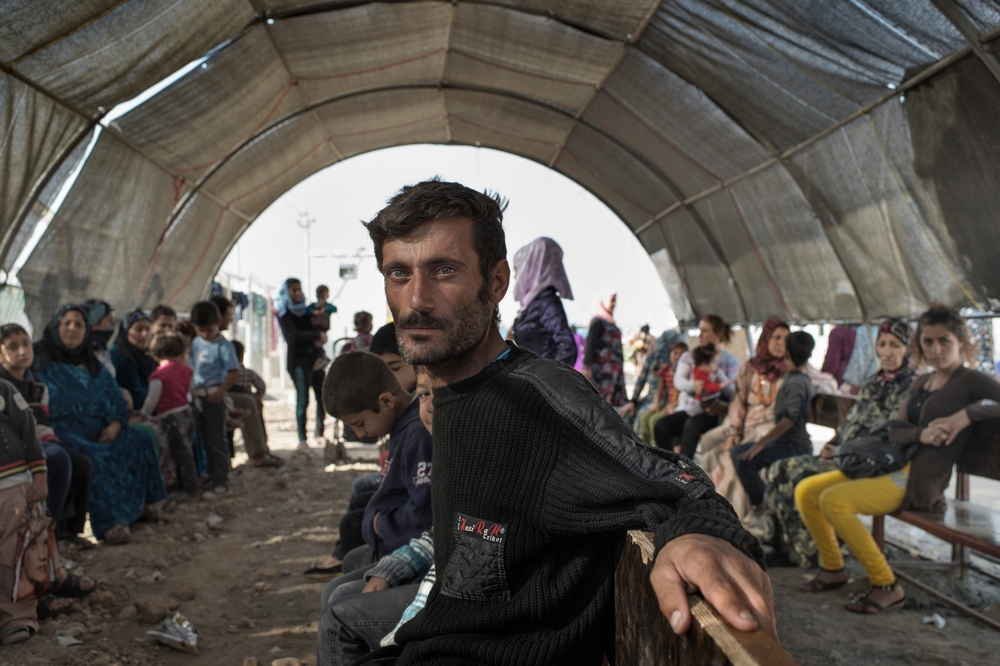 As Syria enters its fifth year of conflict , the war continues to be defined by brutal violence that does not distinguish between civilians and combatants.

A Compilation of Testimonies Illustrating the Hardships of Daily Life in Eastern Aleppo under Barrel Bombings, through the Eyes of Local Residents

Four years on: The situation in Syria today

Hundreds of thousands of people have been killed, and half the population has fled either within Syria or into neighbouring countries. Syrian cities are besieged and cut off from any outside assistance. People are trapped between the ever-shifting frontlines as government troops and myriad armed opposition forces wage battle.

Thousands of doctors, nurses, pharmacists and paramedics have either been killed, kidnapped, or displaced by violence, leaving a massive gap in medical expertise and experience. From an estimated 2,500 doctors working in Aleppo at the beginning of the conflict, fewer than one hundred remain in the hospitals still operating in the city.

The Syrian people’s cries for help fill social media, but it seems they have become the background murmur of the Syrian war. With millions of people in need of assistance, Médecins Sans Frontières / Doctors Without Borders (MSF) should be running some of the largest medical programs in its 44-year history. Why isn’t it?

More on the current situation in Syria

When the conflict began, MSF began providing supplies to networks of Syrian medical personnel treating the wounded. We were unable to obtain authorisation from the government to work inside the country.

But by directly engaging opposition groups, we managed to negotiate access to areas they held in the north, and began providing direct, cross-border aid to the population.

By 2013, we were running six hospitals in opposition-held areas, providing thousands of consultations, deliveries, and surgical interventions. Negotiations with the numerous armed groups, while challenging, allowed us to send international medical teams to work side-by-side with Syrian colleagues.

We had to repeatedly negotiate agreements with different local commanders to ensure respect for our presence, for the safety of our teams, and for non-interference with our medical activities.

The groups changed frequently, and we renegotiated agreements with commanders from Jeish el Mujahideen, Islamic Front, Jahbat Al Nusra, different factions of the Free Syrian Army, and ISIS (later renamed Islamic State - IS) among others.

IS kidnapping of MSF staff

However, we were never able to provide direct assistance to the majority of the Syrian people caught up in the heart of the conflict. Violence and insecurity, attacks on health facilities and medical workers, and the absence of government authorisation to work in Syria have been some of the main obstacles to extending medical activities.

Yet, however unsatisfied we were with our limitations, we were still doing more than what we can do today.

In mid-2013, when fighters with ISIS (later renamed Islamic State – IS) arrived in areas where MSF had been running most of its hospitals, agreements were reached with their commanders that they would not interfere with the management of the hospitals and that MSF medical structures and staff would be respected.

However, on January 2, 2014, ISIS abducted 13 MSF staff members. Among them were eight Syrian colleagues who were released after a few hours. The remaining five international staff members were held captive for up to five months. The abduction precipitated the withdrawal of our international teams and the closure of MSF health facilities in ISIS-held areas.

Local leaders of the renamed Islamic State (IS) have repeatedly requested that MSF resume its medical assistance in their areas of control. But we cannot consider this, given that IS targeted our teams and broke an agreement they had committed to.

Necessary guarantees have not been obtained from IS leadership that MSF patients and staff will not be taken or harmed. MSF still operates three hospitals run by MSF Syrian staff, one in Atmeh and two in Aleppo, in addition to three other health structures in northern Syria. But assistance is limited.

Aerial bombardments in Aleppo have killed and wounded thousands, and have destroyed houses and infrastructure.  In eastern Aleppo, access to healthcare is now virtually impossible due to lack of supplies and qualified medical staff.

MSF teams have observed an increase in medical complications, such as a rise in obstetric complications, miscarriages and preterm births. Difficulties to provide post-operative care and shortages of antibiotics is resulting in infections and an increased mortality rate among surgical patients.

A medical director in a besieged area near Damascus told us that his makeshift hospital received 128 wounded patients after a severe bombing of a crowded market. His team managed to save 60 people, but 68 patients died.

His team used almost all their remaining stock of medical supplies on that single day.

The dangers involved in supplying healthcare

While we have been forced to reduce direct medical activities in Syria, we have continued to support Syrian medical networks in their tireless quest to treat patients.

The probability of confiscation of materials, arrest, or even death, is high.

This form of support certainly falls far short of what is needed.

Many of the supported facilities still lack equipment and are short staffed, and we are unable to provide direct assistance to meet the needs.

MSF at work in the world's most complex war zones

MSF teams are today working in some of the most complex war zones, from Afghanistan to South Sudan to Yemen. An MSF trauma center I recently visited in northern Afghanistan illustrates the sort of assistance MSF should be able to provide to the population in Syria.

In an 80-bed trauma center run by MSF in the northern Afghan city of Kunduz, wounded combatants lie in beds next to former enemies or alongside civilians, all in need of medical care. Afghan colleagues and international staff working in the hospital are accepted by all groups in this contested part of the country.

Safe working conditions and medical non-interference have been negotiated with all stake-holders and actors, including the Afghan government, Taliban leadership (Islamic Emirate of Afghanistan), and with American-led ISAF forces.

The pressing need for engagement between all parties

While a large scale international humanitarian effort is desperately needed in Syria, it will not happen until the parties to the conflict engage with aid organisations and identify practical steps to permit them to operate safely and effectively.

All armed parties to this conflict must allow humanitarian access to civilians, as they are obliged to do under international humanitarian law.

The people of Syria have suffered unimaginably over the last four years.The continued obstruction of humanitarian aid greatly compounds their misery.

The people of Syria are being denied the most fundamental assistance and the world cannot continue to look away.

We can and must do more for them.