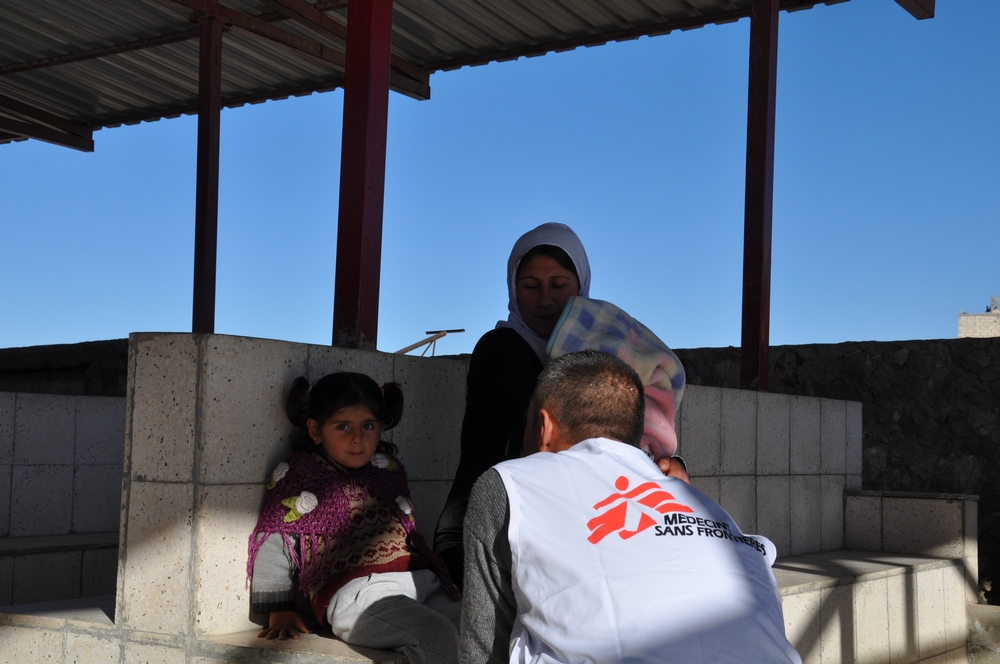 Syria: Victims have symptoms consistent with exposure to chemical substances

A Médecins Sans Frontières/Doctors Without Borders (MSF)  medical team providing support to the emergency department of Bab Al-Hawa hospital, in Syria’s Idlib province, has confirmed that patients’ symptoms are consistent with exposure to a neurotoxic agent such as sarin gas.

A number of victims of the attack on the town of Khan Sheikhoun were brought to Bab Al Hawa hospital, which is located 100 km north, near the Turkish border.

Eight patients showed symptoms – including constricted pupils, muscle spasms and involuntary defecation – which are consistent with exposure to a neurotoxic agent such as sarin gas or similar compounds.

The MSF team provided drugs and antidotes to treat patients, and provided protective clothing for medical staff in the hospital’s emergency room.

MSF medical teams were also able to visit other hospitals where victims of the attack were being treated, and reported that victims smelt of bleach, suggesting they had been exposed to chlorine.

These reports strongly suggest that victims of the attack on Khan Sheikhoun were exposed to at least two different chemical agents.