Syria: "We had to work fast - she didn’t have much time"

British anaesthetist Zhi Hao Oon spent two months working in Tal Abyad, Syria, in 2018. This is the story of one young patient and the battle to save her life.

“You’d better see this mate. Can you come over to paediatrics?" The message on my phone was from Dr Ed, an old schoolmate of mine and the emergency room physician. We had attended school in Canterbury together and were now enjoying a rather unlikely reunion in Tal Abyad hospital, in northern Syria."

I walked over to the paediatric unit. Dr Ed was standing over a small girl aged around four, who was lying on her side crying and coughing.

Her anxious parents hovered nearby. “She drank this about an hour ago,” Dr Ed said, waving a plastic soft drink bottle partially filled with a clear fluid. “It’s concentrated acetic acid.” 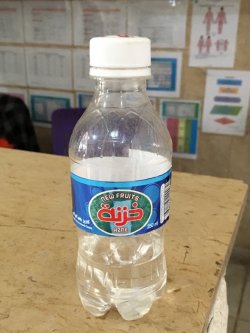 The concentrated acid in a juice bottle drunk by Qadr.

Dilute acetic acid is vinegar, but concentrated acetic acid is extremely corrosive and can cause severe burns. The mother had stored the acid, which she used for pickling vegetables, in the bottle and Qadr, her only child, thinking it was her favourite drink, took a gulp when her mother’s back was turned.

A concern with acid ingestion is that it can cause severe burns to the oesophagus, leading to a hole from which bacteria can enter the usually sterile chest cavity, causing a life-threatening condition called mediastinitis. This can take up to a few days to develop.

The immediate concern is burns to the larynx [the entrance to the windpipe] or trachea [the windpipe]. The airway can blister and swell, causing a complete obstruction and preventing oxygen flow to the lungs. When this happens, the patient is unable to breathe and will suffocate to death.

"This was a life-threatening emergency"

“Well,” I said, “at least she’s alert and there’s no sign of stridor [a Darth Vader-like sound indicative of impending airway obstruction] and her oxygen saturations appear to be holding. Perhaps she spat most of the acid out.” Dr Ed shrugged. He did not share my optimism. “Back home, we would intubate [insert a breathing tube into the trachea] immediately,” he said.

I agreed with him wholeheartedly. Unfortunately, we were not back home. We were in a resource-poor setting in a country at war with itself. We did not have the equipment or trained staff to look after patients once they were intubated. Intubation would mean a potentially dangerous transfer to another hospital some distance away, where we had no idea of the quality of care on offer.

“Why don’t we observe her for a bit whilst I get the stuff ready for intubation?” I suggested. It would take a while to collect all the different drugs: ketamine (popularly referred to as horse tranquilliser, but also a remarkably safe general anaesthetic in non-veterinary settings); midazolam (the shorter-acting little brother of Valium) and suxamethonium (the modern derivative of curare, a paralysing agent). Dr Ed agreed. He would keep an eye on her whilst I was away. 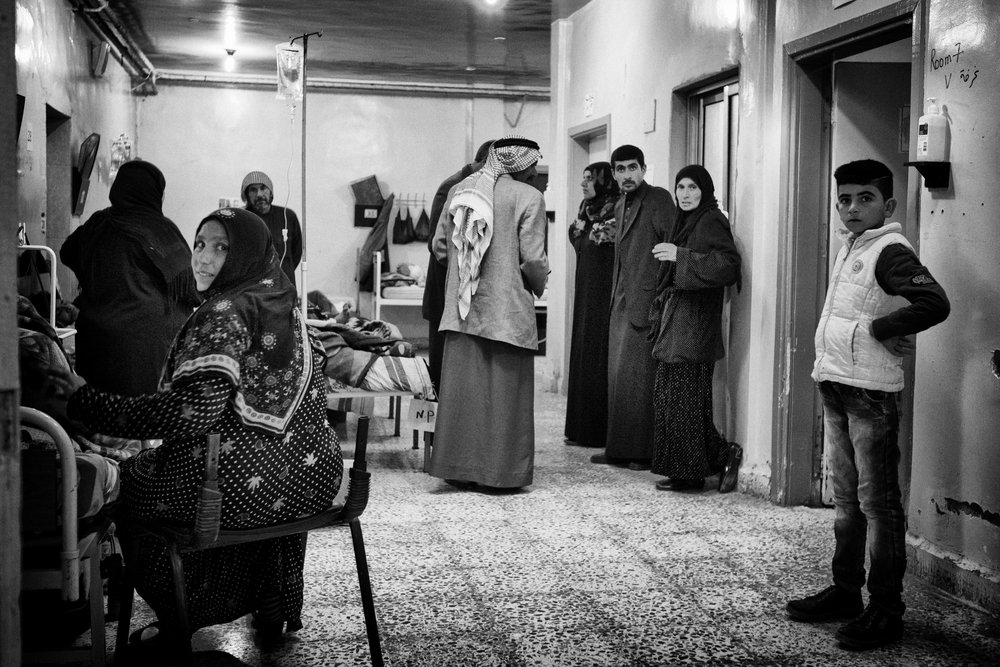 I came back 10 minutes later. Qadr didn’t look good. Her oxygen levels had dropped to 90 percent, despite supplemental oxygen; her peripheries had a dusky-blue hue; and she was drowsy, barely responding to her parents’ increasingly incessant affections.

This was a life-threatening emergency. Her airway was swelling up and was going to close on itself imminently. Judging by the rapidity of her deterioration, she would be dead within the hour unless something was done now.

"Her oxygen saturations started to plummet"

We rushed her to the ‘red zone’ of the emergency room, the nurses carrying her limp body. “Oxygen, pulse oximeter, blood pressure, IV line,” I called out to the nurses, all prerequisites for a general anaesthetic. We had to work fast; she didn’t have much time.

Once the IV was in, Dr Ed gave the drugs in quick succession. As the suxamethonium took effect, paralysing all her voluntary muscles, her breathing stopped. This was it. There was no turning back.

"My heart was pounding furiously. Hers would stop soon if we did not get oxygen to it."
Zhi Hao OonMSF Anaesthetist

I grabbed the laryngoscope, which looks like a miniature scythe with a light at the tip of the blade. Its function is to bring the lower jaw forward, giving the operator a direct line of sight to the larynx. The larynx itself is easily recognisable. It lies in front of the oesophagus and is covered by a thin leaf-shaped bit of cartilage called the epiglottis. Intubation is usually a straightforward process – after all, one is simply putting a small tube into a slighter larger hole (the larynx).

I put the laryngoscope in and paused. I couldn’t recognise anything. What I assumed was the larynx was one red, swollen, blistering mess with no visible opening. I couldn’t even identify the epiglottis. How on earth was I going to pass a tube through if I couldn’t see a gap?

I tried anyway, aiming where I thought the entrance might be and hoping that some firm forward pressure would help. It did not. Her oxygen saturations started to plummet rapidly: 85, 75, 65, 50, 43, 35, 28 percent, the pitch of the pulse oximeter beep decreasing ominously in line with her saturations.

My heart was pounding furiously. Hers would stop soon if we did not get oxygen to it.

Grabbing the mask, I applied it to her face with one hand and repeatedly squeezed the bag with the other. To my relief, her chest started to rise and fall and her oxygen saturations returned to normal. Good, we were now breathing for her. This could buy us some time.

But how long could we keep this up? Her larynx would continue to swell and this method would fail.

I attempted to intubate her again, this time with a smaller tube. It just bent on itself. I was sweating profusely. We were running out of options. If I couldn’t get the tube in, we would need to do a surgical tracheostomy and we didn’t have paediatric tracheostomy tubes.

If only we had something to stiffen the tube, it might pass through the swollen larynx.

"We didn’t know if we would see her again. Most patients ill enough to require a higher level of care than what we can provide simply don’t survive."

As if reading my mind, Dr Ed passed me a stylet, a bit of wire that is malleable but less yielding than a soft plastic tube. I had another look and then I saw it: a tiny air bubble glistening on pink mucosa. And then another one. Apart from her stomach, the air could be coming from only one other place – her lungs. The bubbles were the metaphorical breadcrumbs indicating the way home – the entrance to her airway.

I pushed the tube in again. There was resistance and then a sudden give. The tube was in.  “Good save,” said Dr Ed, patting me on the shoulder. I could only nod in acknowledgment. I was unable to speak.

With the aid of the local paramedics, her parents took Qadr to a private intensive care facility some two hours away. We didn’t know if we would see her again. Most patients ill enough to require a higher level of care than what we can provide simply don’t survive.

Listen to more on our work in Tal Abyad and Raqqa on Everyday Emergency, the MSF podcast

To our great surprise we saw Qadr three days later, back in the hospital. Her parents had run out of money and the private hospital had duly removed all her tubes and lines and sent her back to Tal Abyad with a referral letter scrawled on a Post-it Note. Her father was a teacher and his monthly wage was the price of one day’s treatment in the private hospital.

Qadr’s airway was still swollen, and she still had difficulty breathing. We immediately gave her some adrenaline via a nebuliser to help the swelling subside and did so every six hours for the next few days. Fortunately, the swelling responded well to the medication, and after five days she was well enough to  go home, although she cried inconsolably each time she was offered clear fluids in a plastic bottle.