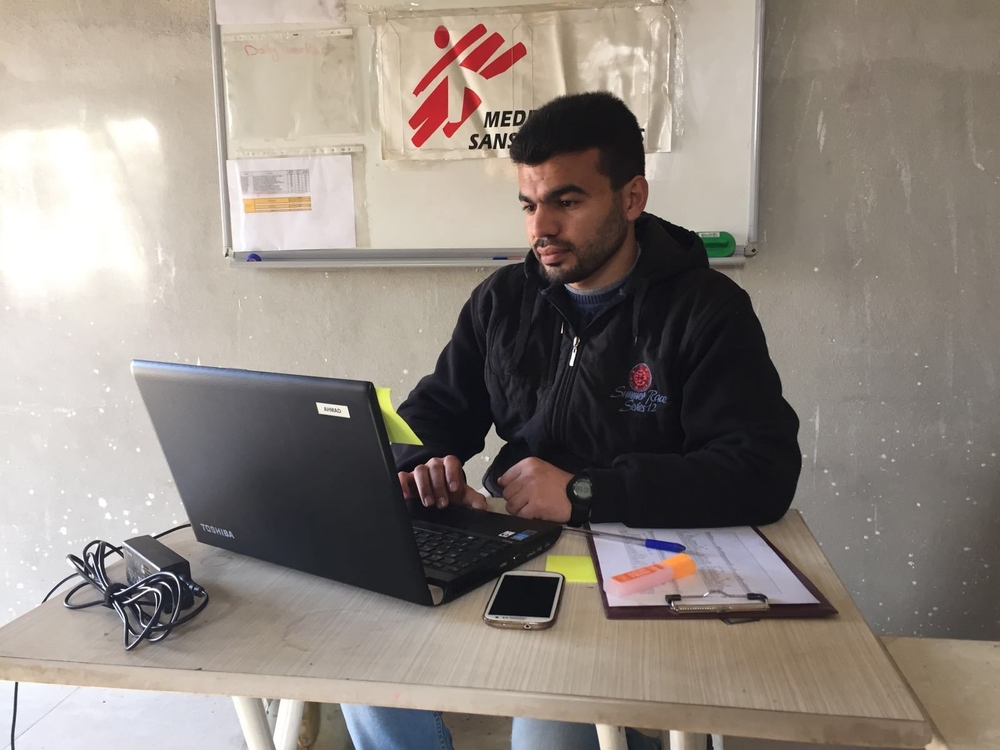 Syrian crisis: “Our own staff have had to gather their families and flee”

Ahmed, a 26 years old Syrian, is the manager of the MSF pharmacy in Kilis, Turkey. At present he is working on MSF´s donation programme, which provides drugs and medical supplies to more than 15 hospitals and health centres inside Syria, and distributes essential household goods to internally displaced people caught up in the conflict.

He crosses the border daily, and is confronted with the distress of those who try to flee Syria.

"There are tens of thousands of people on the move from their villages to the border, and some have settled near our hospital in Al Salamah. Those people don’t have a place to sleep: the first night, many slept in the street.

They don’t have any access to toilets or clean water. They´re not getting any support at all.

Our own staff have had to gather their families and leave their villages, joining the thousands of other people on the move towards the Turkish border.

About fifty of our colleagues and their families have had to flee and have settled temporarily in Al Salamah or are staying in tents in a camp along the border.

The first day we had to reduce the hospital´s activities because of the sheer number of people arriving there, looking for support.

I cannot give an estimate of how many people are on the move. There were at least 500 families at the main gate of the border that first day – but those are just the ones that I saw. I have heard there are many more at unofficial border crossings.

Yesterday I talked to some of the displaced people about what they needed in terms of assistance. “We didn’t come to stay in a tent,” they told me. “We just want to get inside Turkey.”

They don’t have any medical care, they don´t have adequate shelter. They don´t have enough tents, and those they had couldn´t be pitched quickly enough to cope with the number of new arrivals.

In MSF´s Al Salamah hospital, lots of the staff who normally work in the pharmacy are now doing logistics – getting drugs and medical supplies from point A to point B – because that´s what´s needed.

A week ago we completed a round of donations in Aleppo city, during which we donated three months’ worth of supplies to five health centres, five first-aid posts as well as 10 hospitals in Aleppo and another five in the countryside.

Thankfully, we were able to do this before the road was blocked.

The border guards have a list of medical staff, and they allow them to pass, which is positive. That is how we are able to get medical help to those who need it on the Syrian side.

I know we are targets. Hospitals and health workers are the first to be targeted just because we're trying to keep people alive.

I myself survived several attacks against medical facilities. Like the time a helicopter dropped five barrel bombs on the hospital in which I was working in Fafeen north of Aleppo.

Staff and patients were running in all directions, not knowing where to go. At that moment, it was all down to chance on whether we’d be hit.

But if we ever leave Syria, we are escaping from our duties to help these people, and my duties towards my people.

Read more about the war in Syria