Years of war and a fragile health system have left many people without access to treatment for chronic infectious diseases such as tuberculosis (TB) in South Sudan, where about 14,000 cases are reported every year, according to WHO. In the neighboring country, Sudan, the number of detected cases is higher, 20,000, although the population is about four times bigger. If left untreated, TB severely weakens people and can be fatal. TB is one of the top ten causes of death worldwide.

Over recent years, MSF has integrated the diagnosis and treatment of TB into some of its medical programmes in Sudan and South Sudan in order to help tackle this disease, treating refugees, internally displaced people, and local communities. New and innovative tools, such as the point-of-care-ultrasound (Pocus) and GeneXpert, are making it easier to diagnose TB better and faster. 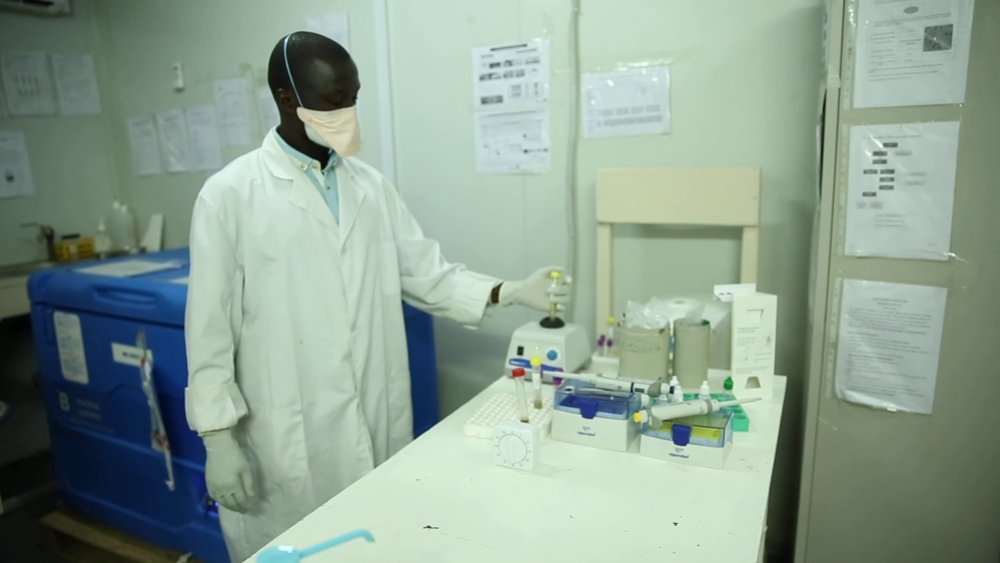 Alex McBride/MSF
An MSF staff checks a sample of pus in a laboratory of Malakal, South Sudan, to confirm with GeneXpert if the patient suffers TB.

Without a proper diagnosis, people with TB may be given the wrong treatment, with the result that they fail to recover from the disease. The volatile situation in the region, where conflict frequently results in people moving from one place to another, can also result in TB patients interrupting their treatment, raising the risk that they will develop resistance to anti-TB drugs.

The Challenges and successes of treating TB

“Now I have recovered. I can walk easily and I am fit again”

John Jimis, 28, is from Malakal in South Sudan. He arrived in Sudan as a refugee in 2017, rejoining his family who had already fled the war in their country. According to UNHCR, there are about 250,000 South Sudanese refugees in the White Nile state, most of them living in camps like Al Kahafa. 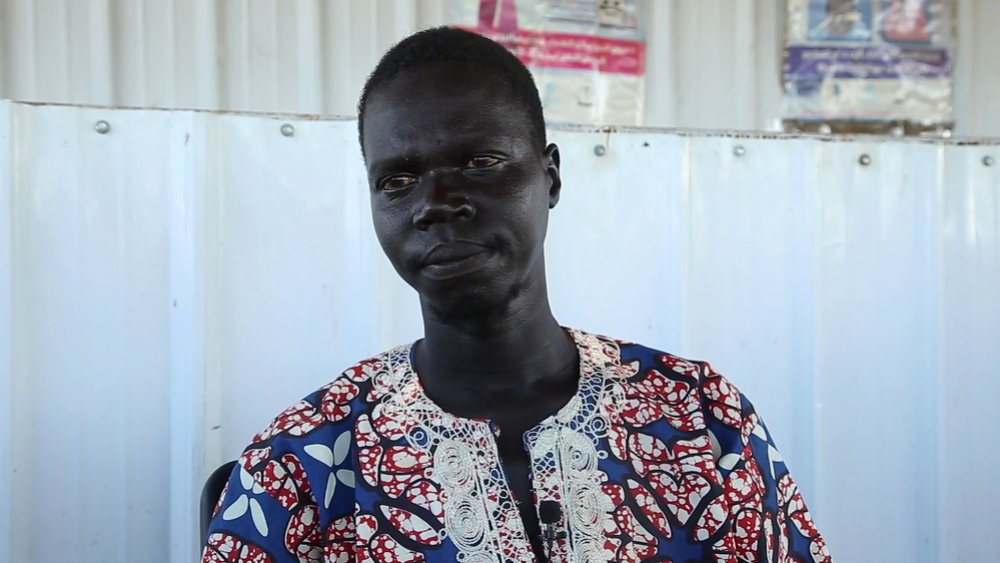 Igor G. Barbero / MSF/MSF
John Jimis, from South Sudan. He was coughing all the time and wasn’t sleeping well. He kept going to the health centre in Jorey refugee camp. John’s relatives took him to MSF’s hospital in Al Kashafa. He has TB and is now recovering.

“I was coughing all the time and I wasn’t sleeping well. I kept going to the health centre in Jorey refugee camp. They gave me medication but I wasn’t getting any better. I saw the doctor three times or more, but my weight kept on dropping.

My relatives took me to MSF’s hospital in Al Kashafa. When I arrived I was very sick and I couldn’t sleep at night. I was brought into the hospital unconscious, weighing just 45 kg. They took a sputum sample and confirmed I had TB.

Now I have recovered. After two months I went back to the hospital and they took my sputum again. When I went back, my weight was 54 kg and it continues to increase.

The doctor has changed my medication to start the next phase of treatment. I’m taking the medication now. I can walk easily and I’m fit and healthy, thanks are to God. I am very happy as I didn’t expect such a quick recovery.”

“Due to the conflict, many TB patients had their treatment disrupted” 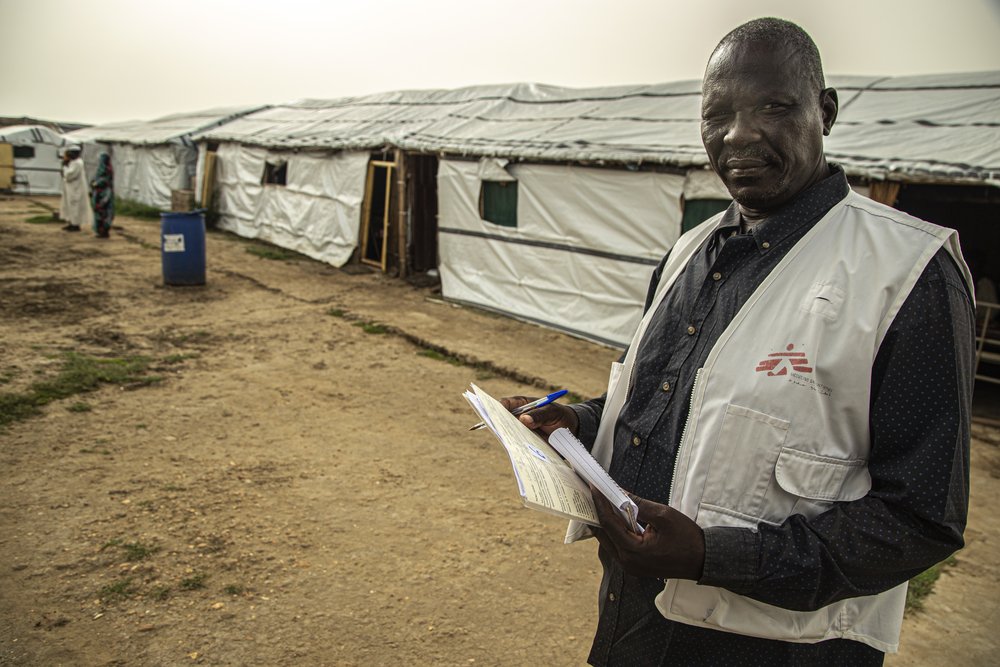 The lack of clean water and the poor sanitation

“In Sudan, there were cases of TB before the arrival of refugees from South Sudan, but he refugees’ basic and congested living conditions – the lack of clean water and the poor sanitation – create the perfect environment for some diseases to spread.

When a new crisis broke out in 2017 in northeast South Sudan, with violent combats, thousands of people crossed to neighboring White Nile state in Sudan. Most of the new arrivals settled in the Khor Waral refugee camp.

If not treated properly, TB can lead to many issues, such as not being able to walk, loss of appetite, cough, body weakness, fever, and death. The misuse of antibiotics can also lead to patients developing resistance. Luckily we only detected one case of resistant TB in 2018

We screened the health of the newcomers and confirmed that some had TB. Some had been receiving treatment already in South Sudan, but due to the conflict and their displacement, many had their treatment disrupted. Some people had gone six or eight months without being treated. Health promoters helped identify possible patients and referred them to our hospital in the Al Kashafa refugee camp.

It was important to restart their treatment to prevent the expansion of the disease, as an infected person sitting in an overcrowded place can spread the disease to others, sometimes to their whole family. Prophylaxis [preventive treatment] needs to be distributed to relatives.

If not treated properly, TB can lead to many issues, such as not being able to walk, loss of appetite, cough, body weakness, fever, and death. The misuse of antibiotics can also lead to patients developing resistance. Luckily we only detected one case of resistant TB in 2018.”

Simon Dau, 42, is MSF’s clinical officer for HIV and TB in his hometown of Malakal in South Sudan. At the United Nations Protection of Civilians site in Malakal, where there are some 29,000 internally displaced people, the incidence of tuberculosis is about three times higher than the national rate.

Inadequate health facilities leading to the deaths of many people

“TB is very prevalent in South Sudan and the number of cases has been increasing with the years. I remember an uncle of mine who had a fever and a cough a few years ago, in 2011. We gave him amoxicillin and paracetamol but his condition didn’t improve at all and finally, he died.

When later I joined MSF and got to know more about the disease, I became convinced that he had been suffering from TB. A lack of adequate health facilities and knowledge are factors leading to the deaths of many people. In parts of South Sudan, there are still no TB programmes at all.

When a patient suspected of having TB comes to visit us, I ask a set of standard questions: ‘Do you have a fever? Do you have a cough? Are you losing weight? When did your sickness start? What contacts did you have? Have you been treated for TB before?

After taking the full history, we put the patient in isolation if they are very sick and take a sample of sputum. If the sample is positive for TB, we start treatment. We get patients who have been sick and showing symptoms for a long time. They may have gone first to private facilities without the capacity to diagnose TB. Sometimes they arrive at a late stage when they are about to collapse.

If we suspect TB, we use the point-of-care ultrasound, or Pocus, to try to find some basic signs of TB, like pericardial and pleural effusions or lymph nodes. Pocus can also be used for many other purposes, such as pediatrics and surgery, as it replaces radiography and is much more functional and easy to use. This is particularly useful in remote contexts where MSF often works.

With a sample of fluids, mainly sputum, we confirm later with GeneXpert, an automatic machine that amplifies DNA. It can also detect if the form of TB is resistant. It gives results very quickly – in just two hours.

These machines are very useful. Before we would just use a microscope and we had to send samples for confirmation to the laboratory. This could take several days and was a more complicated process. Now everything is much quicker and more sensitive.”