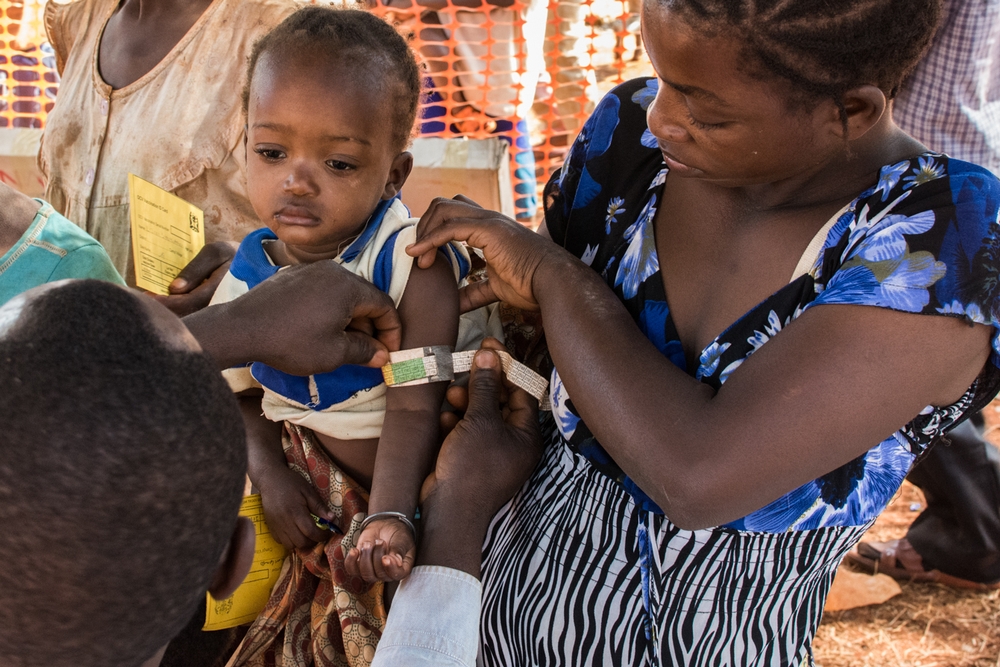 Some 115,000 Burundian and Congolese refugees living in Tanzania will be vaccinated against cholera in a mass campaign carried out by Médecins Sans Frontières/Doctors Without Borders (MSF) this month.

A cholera outbreak was declared in mid-May when thousands of Burundian refugees fleeing political unrest arrived at the camp, almost doubling its size.

According to official figures, 3,086 cases and 34 deaths have been reported in Tanzania to date.

The vaccination campaign, which started in the Nyarugusu refugee camp on Saturday 20 June, has so far provided the oral cholera vaccine to 55,000 people.

In coordination with the Tanzanian Ministry of Health, UNHCR and the World Health Organization (WHO), we are providing the vaccine to everyone in the camp aged one year and above.

Following the influx of Burundian refugees, water services in the camp have been stretched. Refugees only have access to an average of 11 litres of water per person per day, well below emergency standards.

“Although the number of cholera cases is low at the moment, another influx of people from Burundi could put further strain on existing services, and the risk of another outbreak remains high.”

MSF first piloted the use of the oral cholera vaccine as an outbreak control strategy during an epidemic in Guinea in 2012.

A study published last year in The New England Journal of Medicine looked at the effectiveness of the vaccine during this outbreak and showed that 86 percent of those vaccinated were protected.

“While the success of this vaccine is clear, it is part of a holistic response and does not exclude the urgent need to improve water and sanitation conditions in Nyarugusu camp,” continues Marsden.

“To reduce the risk of further outbreaks, the provision of safe water as well as health education on the importance of good hygiene practices must also remain a priority.”

Twenty teams each consisting of 10 people will carry out the vaccination campaign, and a second round will be carried out in two weeks. The teams will also conduct a screening to understand the nutritional status of the vulnerable under-five population in the camp.

Inside the camp, we have constructed a fully functioning 50 bed cholera treatment centre, with the possibility to expand to 150 beds if needed.

We currently have  17 international staff working alongside 460 refugee and Tanzanian staff in the Nyarugusu camp and the transit camps of Kigoma and Kakunga.

Find out more about cholera