Kigoma is among the regions with the highest rate of malaria prevalence in Tanzania. In Nduta refugee camp, which is located in Kigoma and estimated to host over 90,000 Burundian refugees, malaria has been one of the major health challenges. The fact that most of the Burundian refugees come from areas where malaria is not endemic and therefore have low immunity is another reason for a high number of malaria cases among them. Poor living conditions and inefficient wastewater management further increase the risk to be infected.

In 2016, MSF in Tanzania launched an integrated vector control program in Nduta refugee camp to prevent the transmission of malaria through using a combination of different strategies. The strategies include introducing new type of mosquito nets, the so-called “second generation nets", the elimination of breeding grounds for mosquitos such as water holes by spreading chemicals, spraying of indoor walls with insecticide, and sensitising the community on the disease especially in areas which were most affected by malaria. This has brought a great impact in reducing malaria transmission in the camp; the number of confirmed cases went down from 153,296 patients in 2017 to 67,656 patients in 2018.

Although vector control activities have brought a positive impact in the past two years in reducing malaria transmission in the camp, malaria still remains a health challenge, particularly for vulnerable people such as pregnant women and children. 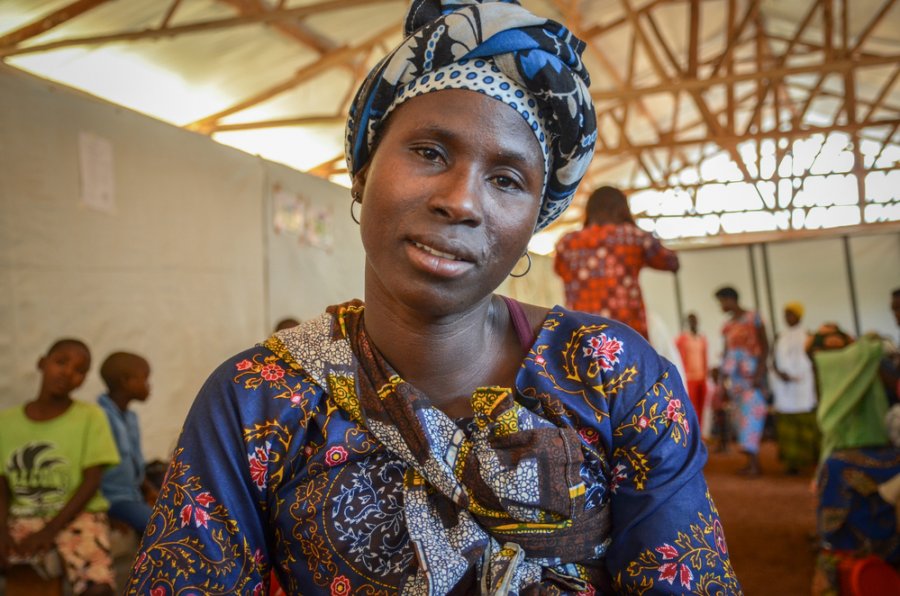 “I have a high fever, so I decided to come here. I suspect it’s malaria.” It is morning at Nduta Refugee Camp in Tanzania's northern region of Kigoma. 27-year-old Joyce Josephine and her daughter Eva aged three, wait for a medical consultation at one of the MSF health posts within the camp. Few minutes after the rapid malaria test, Joyce is called in a separate room at the health post. The MSF Clinical Officer tells her she tested positive and explains the treatment.

OUR WORK IN TANZANIA >