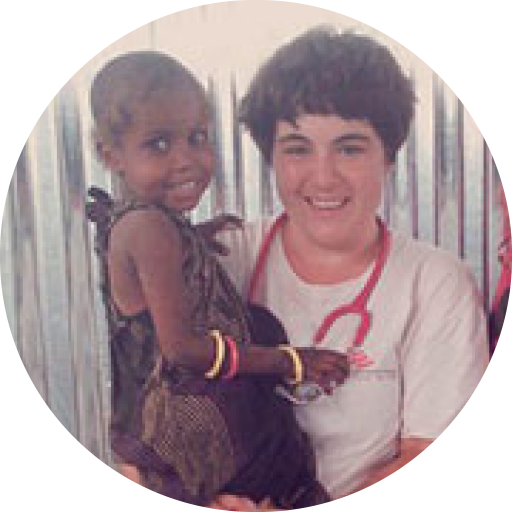 The time has come. My return ticket is booked, the suitcase is packed. Full of Ethiopian coffee, traditional scarves and above all, full of impressions and stories from the last few months in Tigray.

Stories of people whose lives have suddenly changed, who have experienced indescribable things. Stories about a humanitarian crisis of an incomprehensible extent. It is also a story of the utterly inadequate international humanitarian response.

But let's start at the beginning.

It's early December 2020. We are a small team – our emergency coordinator, a logistician, two drivers and me as the medical lead. We are on our way to Afar.

At this moment, Tigray is still completely isolated from the outside world. Telephone, internet, electricity – everything is cut off. Nothing is supposed to be leaked to the outside, and little should get inside either.

Afar is the neighbouring province – an extremely hot and dry desert region. The health infrastructure of the border region to Tigray is not in the conflict area, and yet it is badly affected by the crisis.

Afar usually has close connections with Tigray – trade, staff, electricity, phonelines, and everything else comes usually from the province next door. Seriously ill patients would previously have been transferred to the nearby university hospital in Mekele, now they face a nine-hour journey in the opposite direction. Too long for some of them.

We can't do it alone, but the international humanitarian community remains silent.

Our plan is to go on from Afar to Tigray, but while we are waiting for the entry permits, we begin supporting a small strategic hospital in Abala, the border town to Tigray.

In mid-December we are finally allowed to reach to Mekele, the capital of Tigray. We move on quickly to the north of the country –  to the city of Adigrat.

We head to the hospital. Normally it offers secondary health care to a population of 1.4 million people. When we arrive it is still functioning, but only at around 20% capacity. 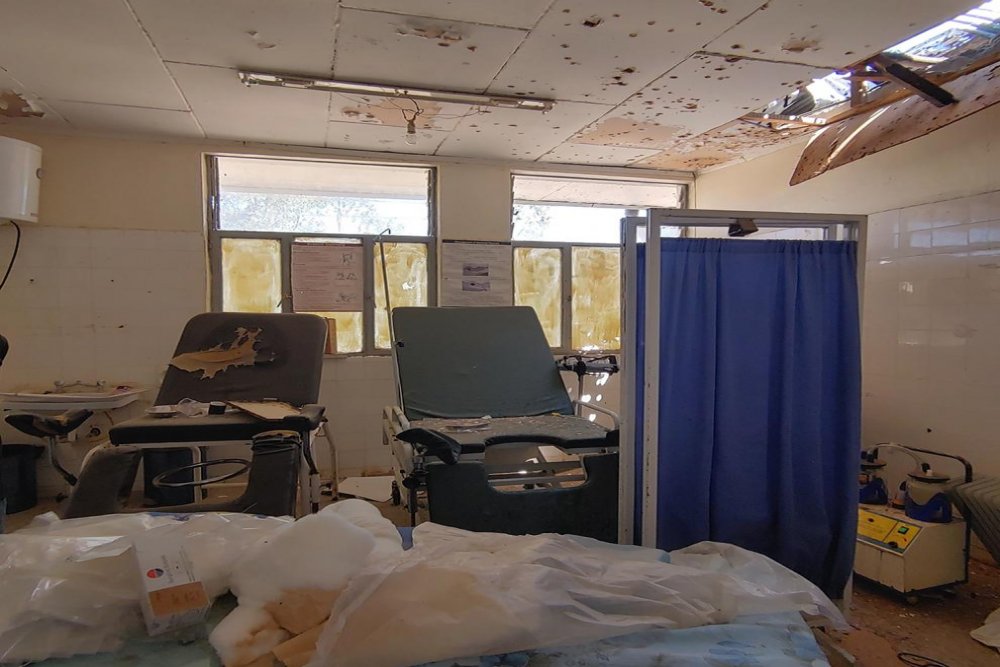 Only the emergency room, the operating room, the surgical ward and the delivery room are still more or less operational.

The paediatric and neonatal ward are closed, as is the internal medicine ward. There are no outpatient services, neither for the chronically ill (e.g. diabetics) nor for those with acute coughs or diarrhoea.

Because of the conflict, many of the severely sick patients were stuck at home for days before they managed the long journey to the hospital, some on donkey carts. This included some wounded people, but also pregnant women – not all the babies survived.

Looking at the patients who have made it here, I don’t dare to wonder – where are all the sick children? Hospitals are normally full of them. 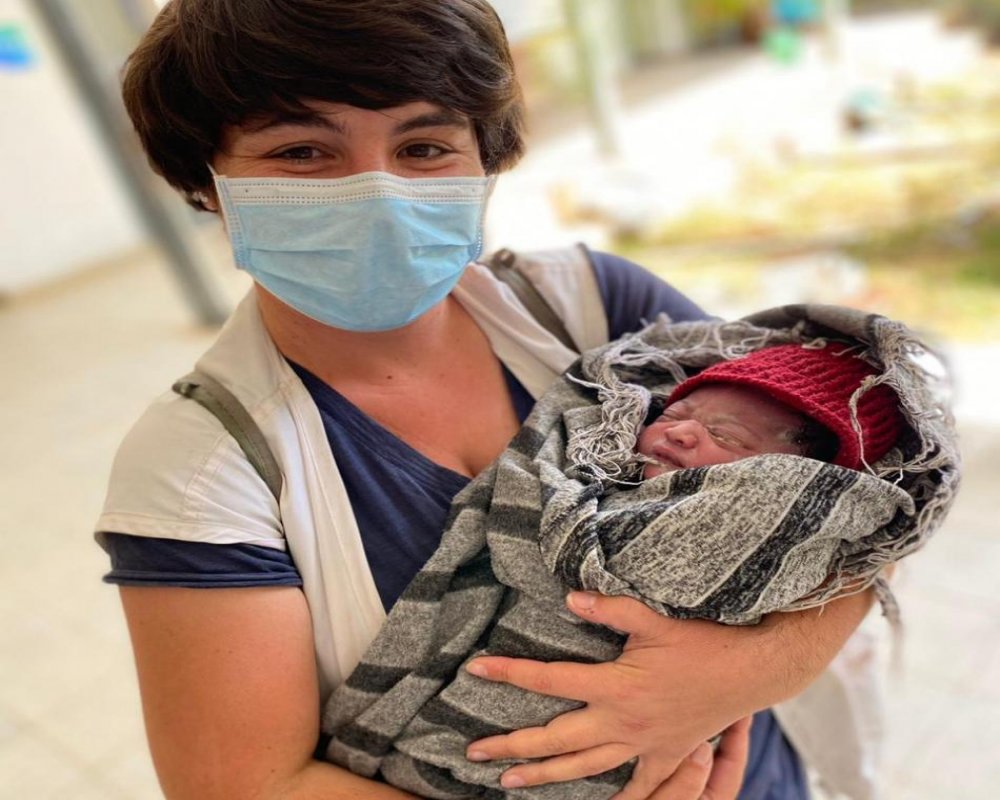 Our first working day in Adigrat is on December 24. The most important departments and services reopen within the next few days, but resources and capacities remain limited, so not all of the usual services can be offered.

Almost no other international humanitarian organizations have arrived to Adigrat, and if so, only as isolated and/or selective support to the population. 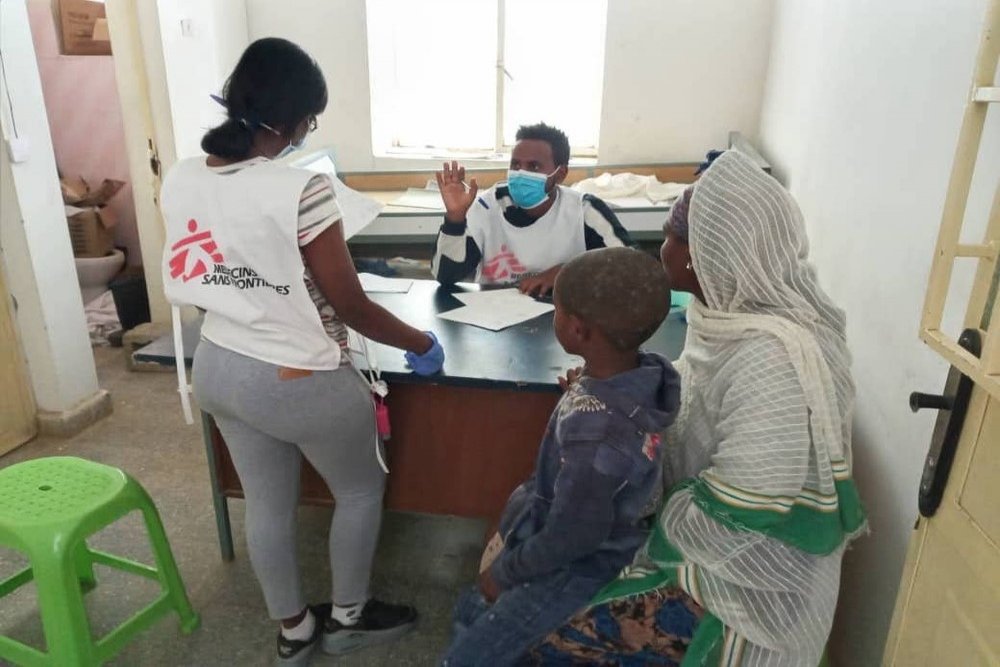 María Hernández/MSF
An MSF nurse and a translator prepare a donation of medical materials in Megab, south-west of Adigrat town, in the Tigray region of northern Ethiopia.

While another MSF team is on the way to the towns of Adwa and Axum (further west) in order to get activities started over there as quickly as possible, our next step is ... outreach!

We are planning to provide mobile clinics – outpatient treatments for sick and malnourished children, pregnant women with complications, offering contraceptive methods and of course all other emergencies. In February we’ll add psychological and mental health support as part of our medical services.

Since we started the mobile clinics in the beginning of January we have been able to reach to new villages almost every week. Depending on the situation and needs, we are returning weekly or fortnightly.

It is especially when we started our outreach activities, that the extent of this severe humanitarian crisis and its impact on the population became more and more evident. 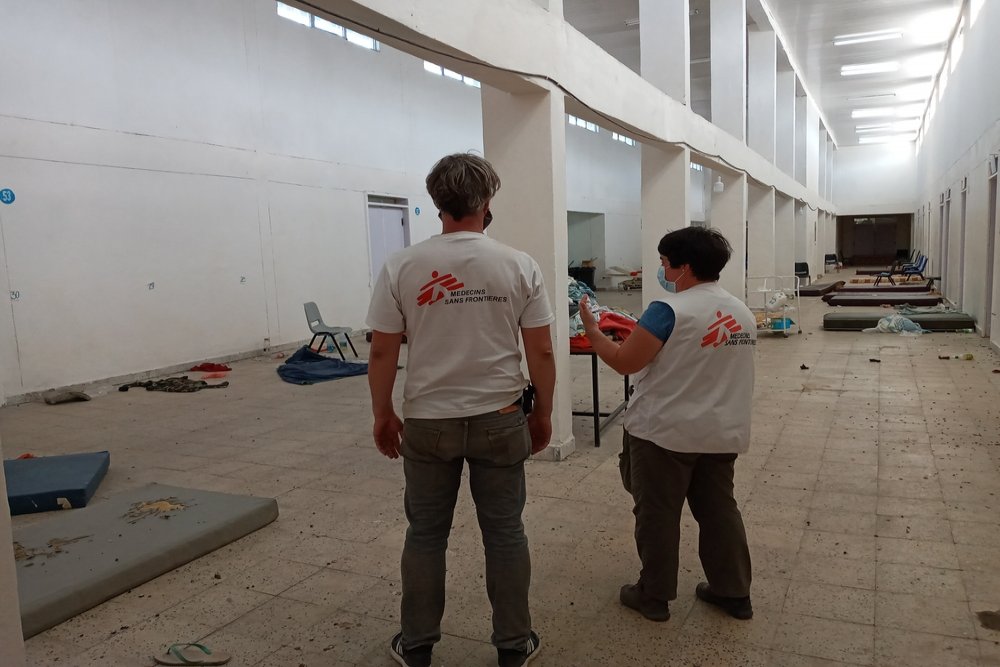 MSF
Two MSF staff inspect a room that will be converted into a hospital ward in Adigrat, in Tigray, northern Ethiopia.

There was no food. A large part of the population was relying on governmental food aid even before the current crisis. Some places received the last of these distributions in September. In larger towns some supplies are arriving, but not enough to meet the needs.

People are economizing what they still have; at times it’s only one meal per day. In our malnutrition program, we are not only treating children, but also malnourished pregnant women.

There was no money either. The banking system had been frozen for a long time, there are hardly any jobs left and many salaries of the past few months have not been paid. Even if the market is open and food is available – no money often also means: no food.

No electricity. Electricity was cut all over Tigray for a long time, and still is interrupted in many areas today. That also means that almost everywhere there is…

No water. Water pumps used to function electrically in many places.  And today? People often have to take their drinking water from the river, especially in rural areas. The high number of patients with diarrhoea and skin diseases is no coincidence.

There was no phone, and no Internet. Many people were cut off from the outside world. I delivered several times, some random, torn scraps of paper, quickly filled with a few words, as letters and first signs of life to relatives after several weeks or months.

No access to health care. Health centres are closed. Staff have fled. The centres had been looted and often intentionally destroyed, sometimes hit by rockets. Often these were (or are) occupied by the military.

Almost all of the ambulances were stolen and used for military purposes. It is near impossible to bring a patient to the hospital. We do not know how many pregnant women, children, wounded and other sick people died at home without having access to medical care.

No respect for civilians. The violence committed by the different parties in this crisis has meant huge suffering for the people here. We have treated children who have lost their parents, treated the severe injuries of a pregnant woman.

We have offered medical and psychological care to survivors of immense sexual violence. We listened to the stories of medical staff being threatened or attacked when providing healthcare to patients.

People are traumatized and under constant pressure.

The fear extinguishes their hope.

What me and my team have seen and heard surpasses almost anything I have experienced since my first assignment with MSF in 2014. I am struggling to find the appropriate words.

The extent of this humanitarian crisis on all the levels is unbearable to me.

And among all this – there has been no adequate international humanitarian action.

We can't do it alone

We have been working in Adigrat and other areas in Tigray for three months now. Some of the issues I mentioned have, in some areas, slightly improved. But still the need for a fast, comprehensive and proportionate humanitarian response is enormous. 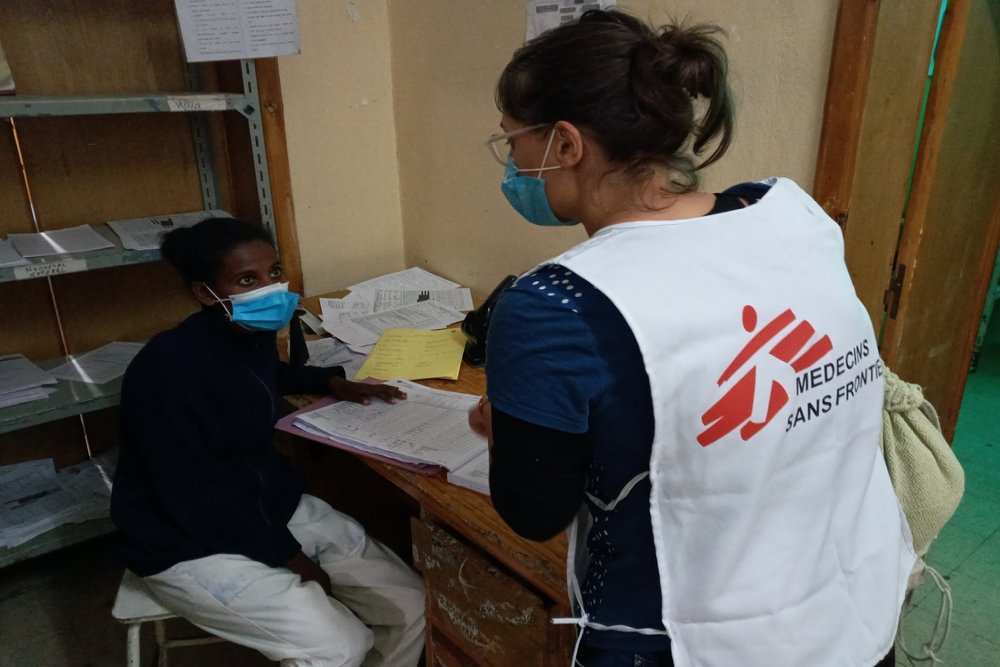 We can't do it alone, but the international humanitarian community remains silent. Very few other organizations have arrived – and for those that have, it has been mostly as a brief visit.

Tigray has impressed me immensely. The landscape is unique, but above all, its people are incredibly strong.

more about our work in tigray >