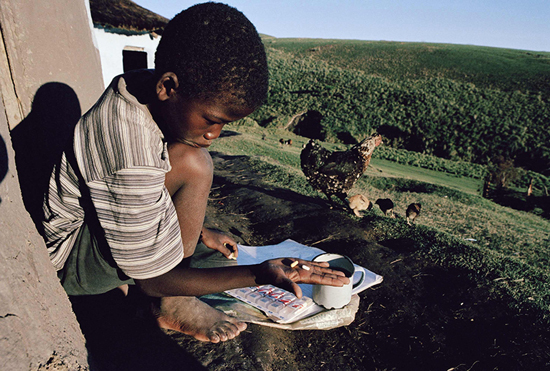 Too Many Patients Left Out by new AIDS Drug Licences

Licenses just agreed between three generic drug manufacturers and pharmaceutical company Tibotec, owned by Johnson & Johnson, will keep a promising new AIDS medicine out of the hands of many patients across the developing world, the international medical humanitarian organization Médecins Sans Frontières/Doctors Without Borders (MSF) said today.  The licenses exclude many developing countries where Johnson & Johnson/ Tibotec will likely charge high prices. Other precise restrictions introduced by the agreement must be scrutinised carefully.

Tibotec has licensed production of the antiretroviral medicine rilpivirine to one South African and two Indian manufacturers, but has limited the geographic scope of the licenses such that all of Latin America, Central Asia and most Caribbean and South East Asian countries will not be able to receive generic versions of the medicine. Given the restrictive licensing, these countries may not be able to import generic versions from India even if they override patents in their countries through compulsory licenses.

“While it’s encouraging to see Tibotec is thinking about access to this drug for patients in sub-Saharan Africa, it’s very unfortunate that the company has chosen to be restrictive and discriminatory by issuing licenses that look more like a franchise than actual generic competition,” said Dr. Tido von Schoen-Angerer, Executive Director of MSF’s Campaign for Access to Essential Medicines.

Licenses are urgently needed to allow production of affordable generic versions of newer AIDS medicines because new medicines have increasingly been granted patents in key generics producing countries such as India, as required by international trade rules.  MSF has supported both the use of compulsory licensing and a fair voluntary licensing mechanism through the establishment of the Medicines Patent Pool, because voluntary licenses between companies, such as the ones offered by Tibotec this week, have typically been too restrictive.

MSF has written to the CEOs of Johnson & Johnson and other companies that produce AIDS medicines, asking them to put their patents in to the newly-established Medicines Patent Pool. The Patent Pool mechanism would allow any number of generic manufacturers to produce more affordable versions and fixed-dose combinations that combine two or more medicines into one pill. Unlike this limited Tiobtec license, the licenses the Patent Pool received from the US National Institutes of Health related to Tibotec's HIV medicine darunavir included all developing countries, in line with the Patent Pool’s aim.

“It is easy to make voluntary licenses work for commercial interests – the challenge is making them work for both commercial and public health needs so we can tackle the AIDS epidemic,” said von Schoen-Angerer.  “We urge Johnson & Johnson to establish better license conditions and include its patents in the Patent Pool.”