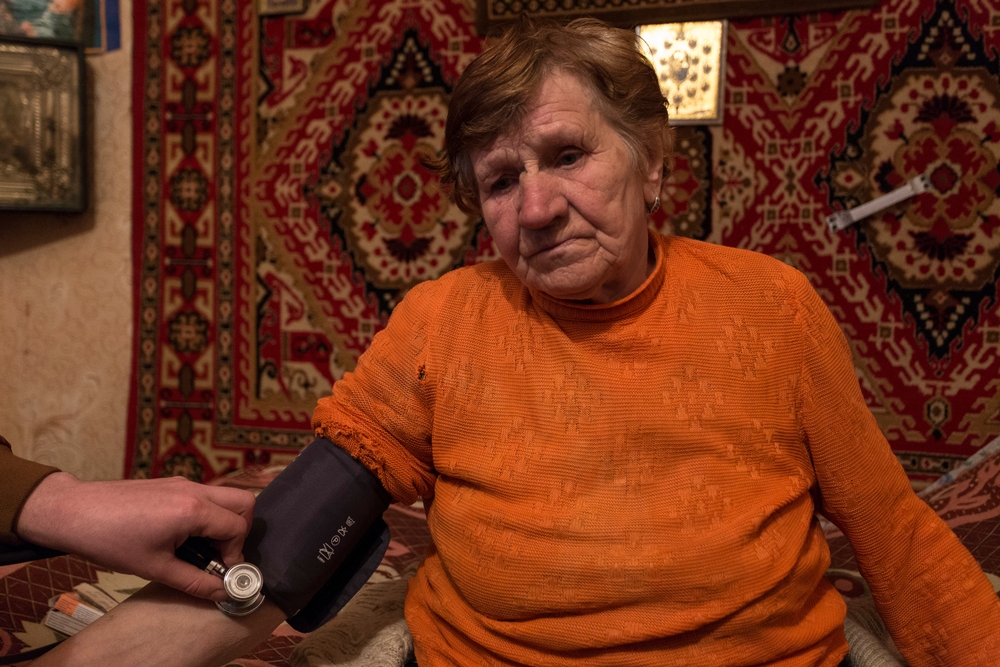 Ukraine: “I’ve met elderly people who say that they would just like to die”

Two months after the Minsk agreement, the situation in Eastern Ukraine is on the whole calm.

To respond to the medical needs on both sides of the front line, Médecins Sans Frontières/Doctors Without Borders (MSF) has expanded its medical activities.

In Debaltseve in particular, an MSF team is providing assistance to the affected population in this city located half-way between Donetsk and Luhansk, now controlled by the rebels and where heavy fighting continued until Februrary 18th, a date three days after the cease-fire came into force.

The current situation in Debaltseve, a city on the front line

The fighting has stopped since February and the city has been cleaned of unexploded devices. Otherwise it’s just the same situation, the same level of destruction. There has been hardly any repair.

When I arrived at the beginning of March, almost every window in the city had blown out, walls had huge holes and most roofs had extensive damage.

You couldn’t turn around without seeing a damaged building and you still can’t.

Today people are living in the same conditions. Most of them have left the basements and shelters where they took refuge during weeks of shelling, they moved back into their houses. 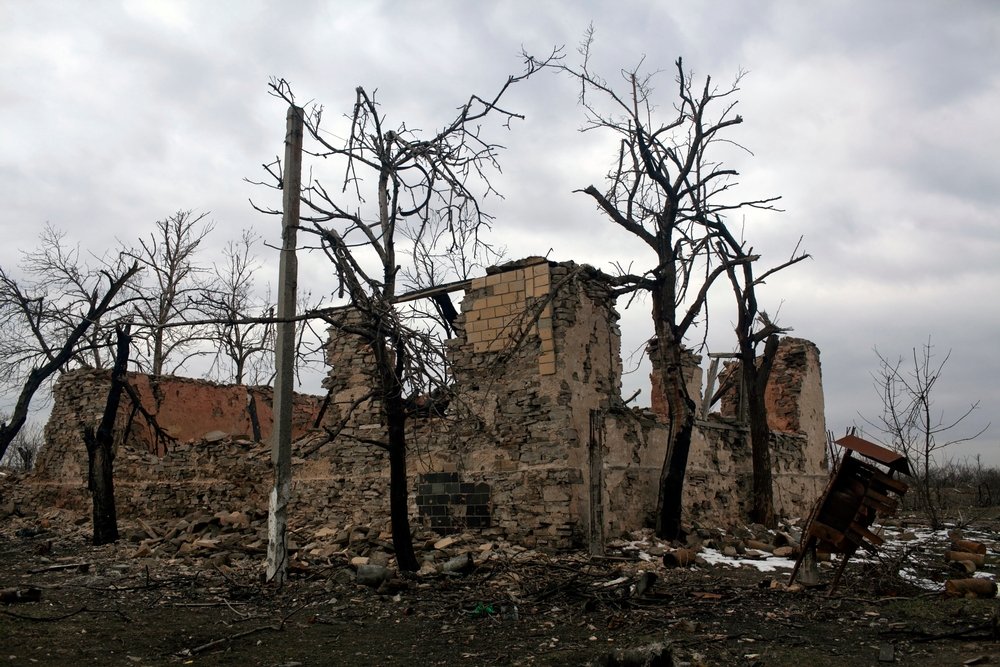 Amnon Gutman
A destroyed building in the village of Stepanovka, Donetsk region; a now common sight in Ukraine

But shelter remains the main issue. The reconstruction of Debalsteve hasn’t started yet.

People are still living in buildings with no heating and no water supply. People want to rebuild their homes, but there are no building materials, just plastic sheeting for the windows.

It is still cold, it snowed ten days ago. And the communal heating system is not functional because the pipes were damaged by the weather and the fighting.

Electricity was reinstalled just in some locations. To get water, people have to walk to get it from wells and the water quality is appalling.

The population of Debaltseve is slowly starting to recover

People are coming back every day. Most of the city’s 25,000 residents had fled the city, around 5,000 were left behind.

Those who stayed had no choice or nowhere else to go. Some couldn’t leave because they were too old, disabled, or they just didn’t want to leave their homes.

And all of them, those who stayed as well as those who are coming back, are completely dependent on food aid. 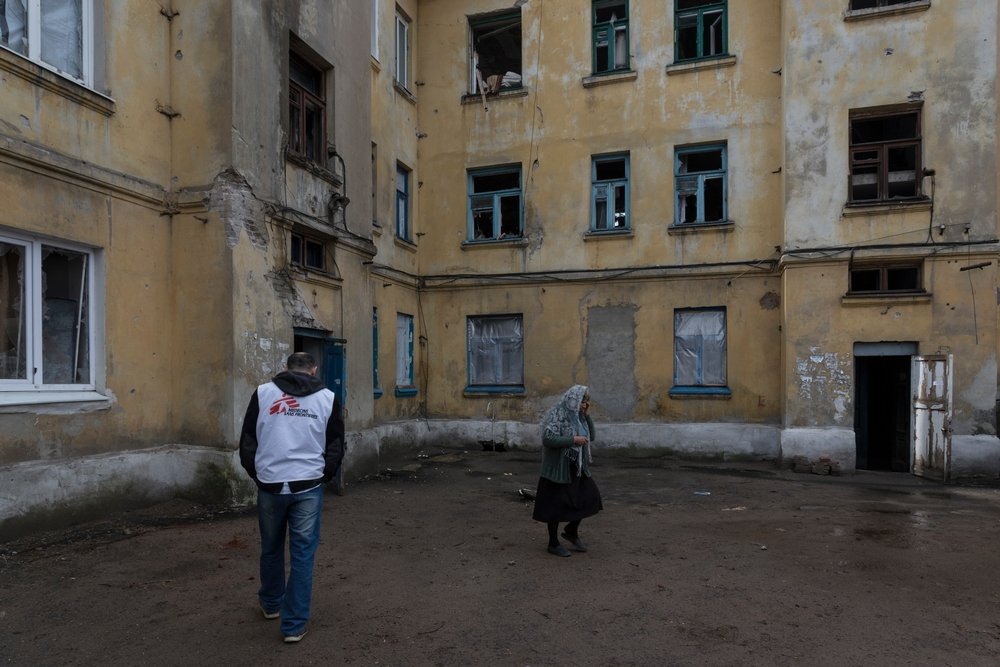 The work of MSF on the ground

When we first arrived in Debaltseve, in February, we started visiting people in their homes.

We now have a phone number that people can call and a nurse or a doctor will drive out to see them, like a district nursing service.

Most of the population is elderly. And most of the treatment we are providing is for people with chronic medical conditions, like hypertension or arthritis, who have gone for months without treatment.

The conditions they have been living in – the cold, the stress – have made their illnesses far worse.

We also run a mobile clinic, out of a van which moves around the town, in different pre-advertised locations each day.

We advertise where we’ll be, and treat about 60 people each day, limiting the numbers so that people have enough time with the doctor.

Amandine Colin/MSF
The hospital of Novosvietlovska, Lugansk region, was heavily shelled during the summer of 2014, and a large number of the medical staff fled the town.

The fighting in Ukraine has caused its people to lose hope

Without any improvements to their living conditions, people with chronic illnesses will carry on getting worse, despite the medical care we can provide.

I’ve met elderly people who say that they would just like to die. They don’t have depression; they just don’t want to be 80 years old and living in a basement.

People are not sure what the future holds, and they don’t know what to do with themselves.

It is almost as if the fighting went on for so long that people dare not hope that it won’t start again.