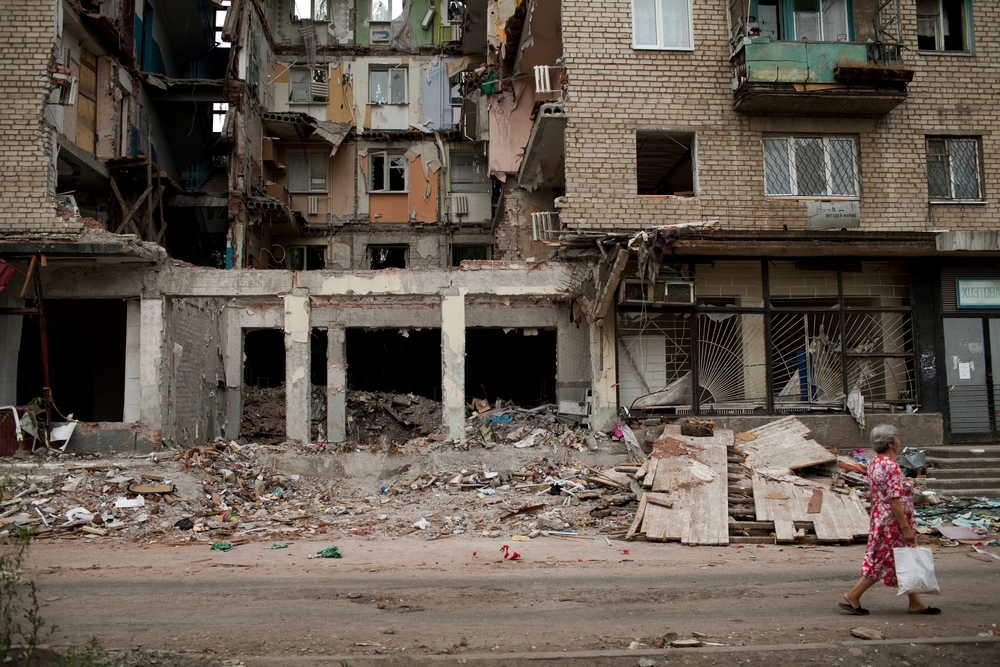 Following months of intense conflict, an increasingly alarming humanitarian situation is unfolding in eastern Ukraine, Medecins Sans Frontieres/Dcotors Without Borders (MSF) said today. Hospitals have been shelled, tens of thousands of people are displaced from their homes, and thousands of casualties have been reported.

“The health system in much of eastern Ukraine is bowing under the pressure of the conflict, with medical supplies drying up from treating so many war-wounded and the displaced,” said Stephane Prevost, MSF’s head of mission in Kiev.

“The effects of the conflict are spreading - even hospitals in neighbouring areas outside the combat zones are struggling to cope, with many having already exhausted their budgets and supplies for 2014.” 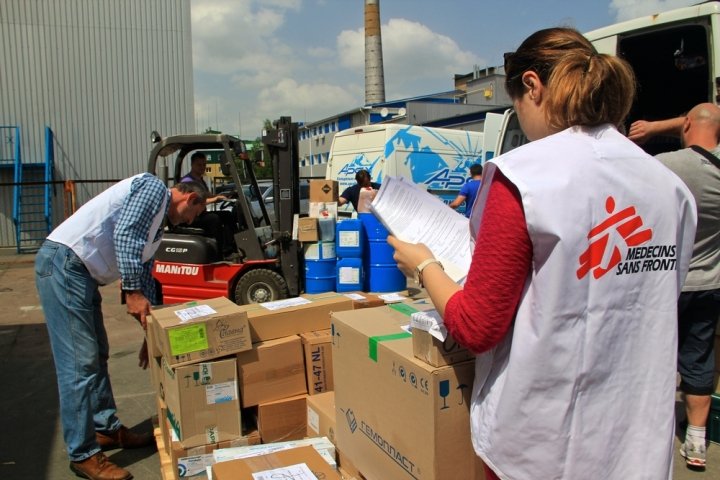 MSF has supplied medical materials to treat 6,200 war-wounded to hospitals in Donetsk and Luhansk

MSF teams have responded to these supply shortages by providing medical materials for treating more than 6,200 war-wounded to hospitals in the Donetsk and Luhansk regions since mid-May 2014. More than 1,800 hygiene kits including materials such as soap, dental supplies, and towels have been provided to the displaced sheltering in Dnepropetrovsk and several locations in Donetsk region.

Though the constant insecurity and shelling makes it difficult to reach the areas most heavily affected, MSF teams continue to provide medical materials and drugs on all sides of the conflict, based on need alone.

“In addition to struggling with the high numbers of people and lack of supplies, hospitals in the conflict zones have not been spared but instead damaged and destroyed by shelling,” said Prevost. “People are being deprived of care just when needed most and this is simply unacceptable.”

At least 11 hospitals in Donetsk city alone have been hit by shelling, with three now completely shut down, demonstrating a clear lack of respect for medical facilities and for those who continue to provide urgent care at great risk.

The emotional consequences of the heavy fighting continue to mount. People in eastern Ukraine have been exposed to traumatic events, such as bombings, shootings and fleeing their homes. MSF teams are providing psychological support services to support those affected by the conflict in Sloviansk, Svyatagorsk and Krasny Liman. In August, more than 500 displaced people received individual, family or group counseling and MSF plans to scale up these activities in more locations in eastern Ukraine over the coming months.

In the Donetsk region in eastern Ukraine, MSF provides treatment and support to inmates suffering from drug-resistant TB (DR-TB).

MSF’s drug-resistant TB programme within the penitentiary system in the Donetsk region, running since 2011, is also under strain. Laboratories for diagnosing TB and HIV in Donetsk and Luhansk are struggling to maintain their activities and are often unable to function at all. Across these volatile regions, patients in need of TB and HIV treatment face increasing challenges in accessing health facilities and receiving their medication, risking treatment interruption, treatment failure, and resistance.

“Between the insecurity, lack of respect for hospitals, and the health system struggling to cope with the wounded and displaced, the human cost of this conflict is growing by the day,” said Prevost.

“In Ukraine, our teams are solely focused on responding to medical and humanitarian needs, which we fear will only intensify as winter approaches.”

MSF is an international medical humanitarian organisation working under the principles of neutrality, independence, and impartiality in more than 70 countries around the world. MSF does not take sides in any conflict, is independent of all political, military, and corporate agenda, and provides medical care on the basis of need alone, regardless of gender, race, religion, or political affiliation.