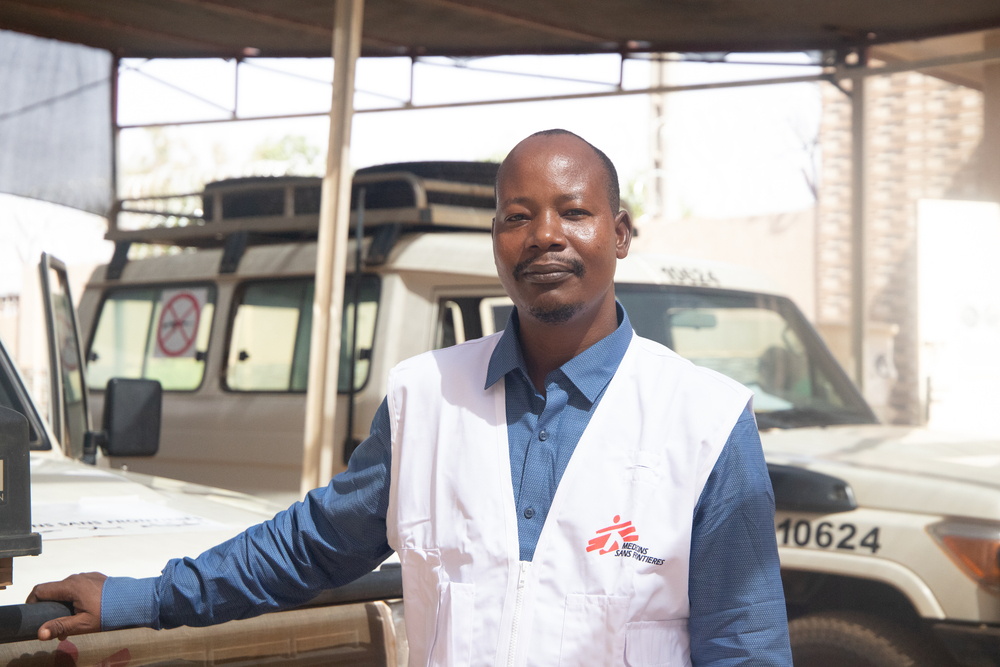 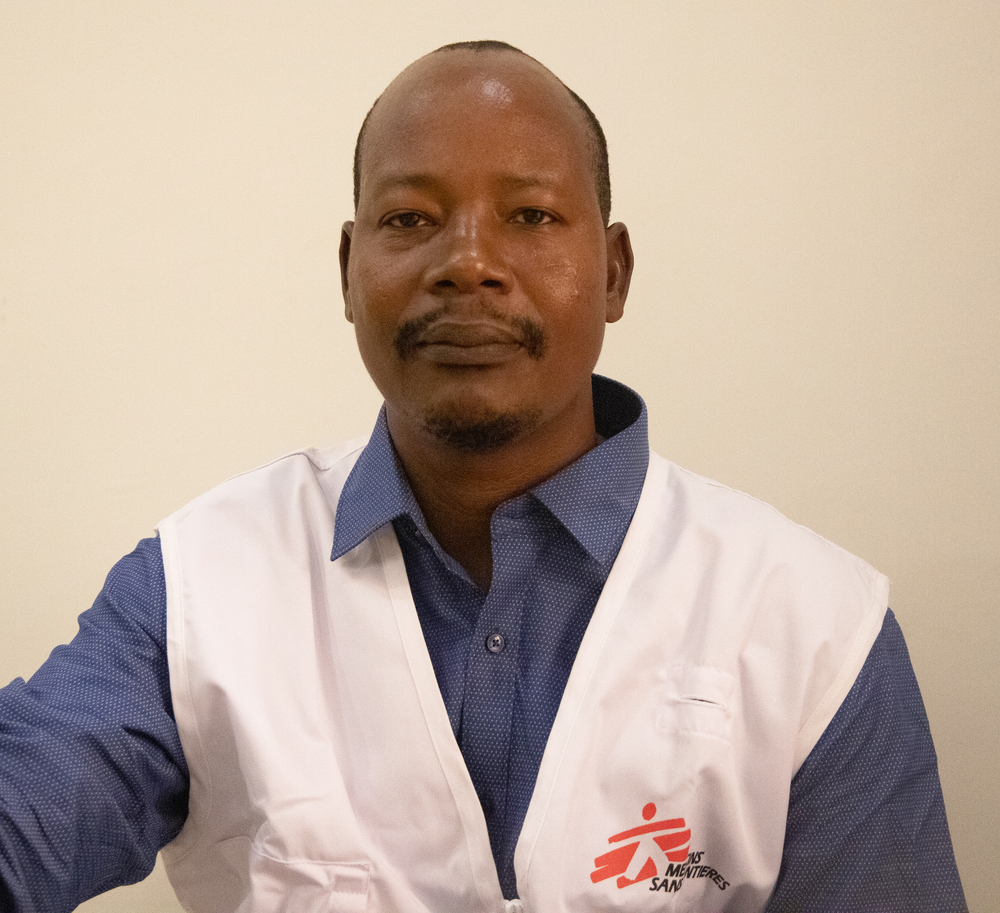 A few months after he received his medical degree in 2008, Dr Maman Karsou joined Médecins Sans Frontières’ (MSF) medical team in his hometown of Magaria, in the Zinder region of Niger. Then in 2016, Dr Maman joined MSF’s international teams in Borno, northeast Nigeria, in the Democratic Republic of Congo, in Burkina Faso and in Cameroon. Just a few days ago, he finished his latest mission with MSF as the emergency coordinator in charge of the vaccination campaign in Niger, which lasted from March until the end of June 2021.

A concerning decrease in immunisation coverage

I have done 12 vaccination campaigns with MSF. We provide regular vaccinations in countries all over the world depending on the needs. However, this year’s campaign in Niger was full of challenges. 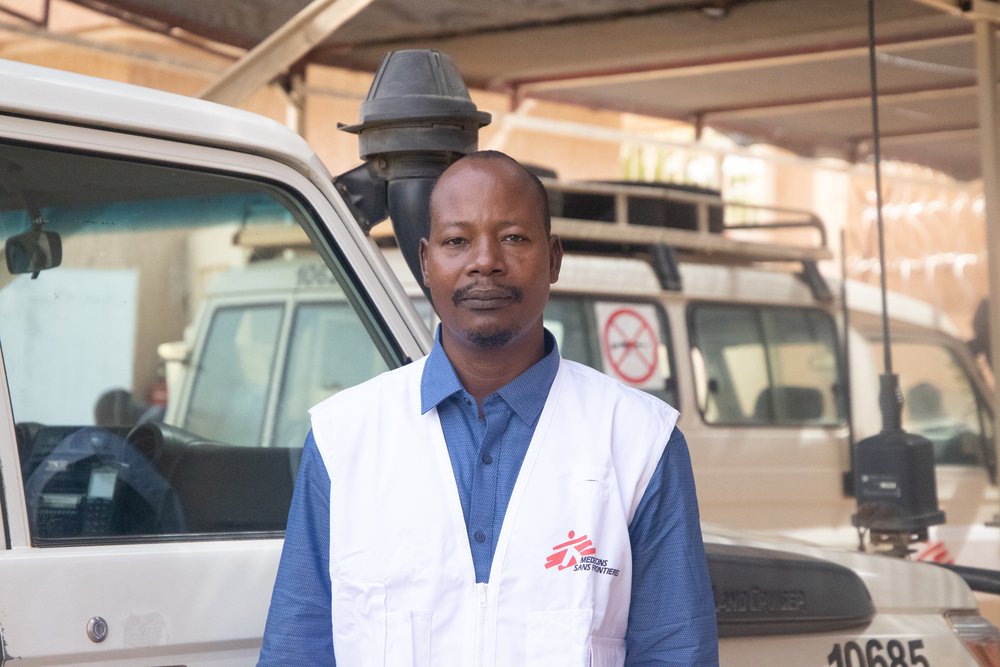 The first challenge we faced was to tackle the concerning decrease in immunisation coverage compared to previous years.

For example, in Niamey the capital of Niger, where I coordinated the activities of this vaccination campaign, not a single health district in 2020 achieved a coverage rate of 85% against measles.

According to the World Health Organization (WHO) recommendations, coverage should reach at least 95 per cent to better protect people against measles. 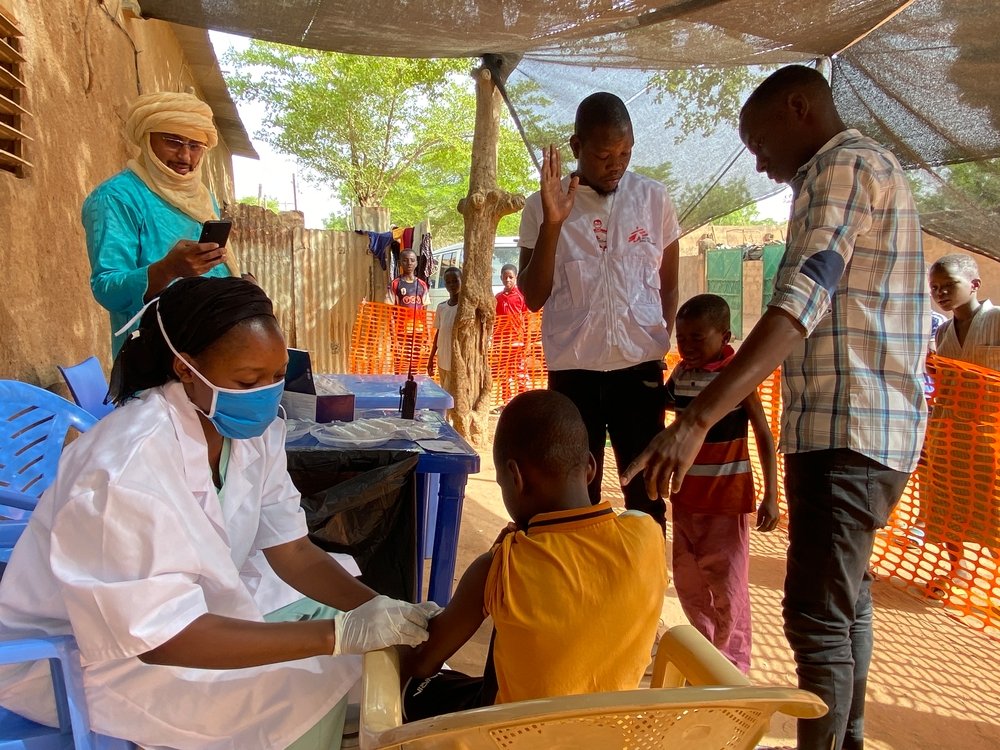 Lamine Keita/MSF
MSF measles vaccination campaign in collaboration with the Nigerien ministry of health in Niamey, Niger. May 2021.

If this downward trend in immunisation coverage rate continues to worsen, it could lead to severe disease outbreaks in coming years.

This year we observed some confusion among communities regarding the vaccinations carried out by the Ministry of Public Health’s teams against COVID-19, and the catch-up vaccination campaign against measles that we’re doing.

This confusion led to a low participation rate among local people.

In Niamey, as in Magaria, our teams have dealt with rumours and false information that have been circulating since last year around the coronavirus vaccine, and which have had a significant influence on the regular immunisation schedule. 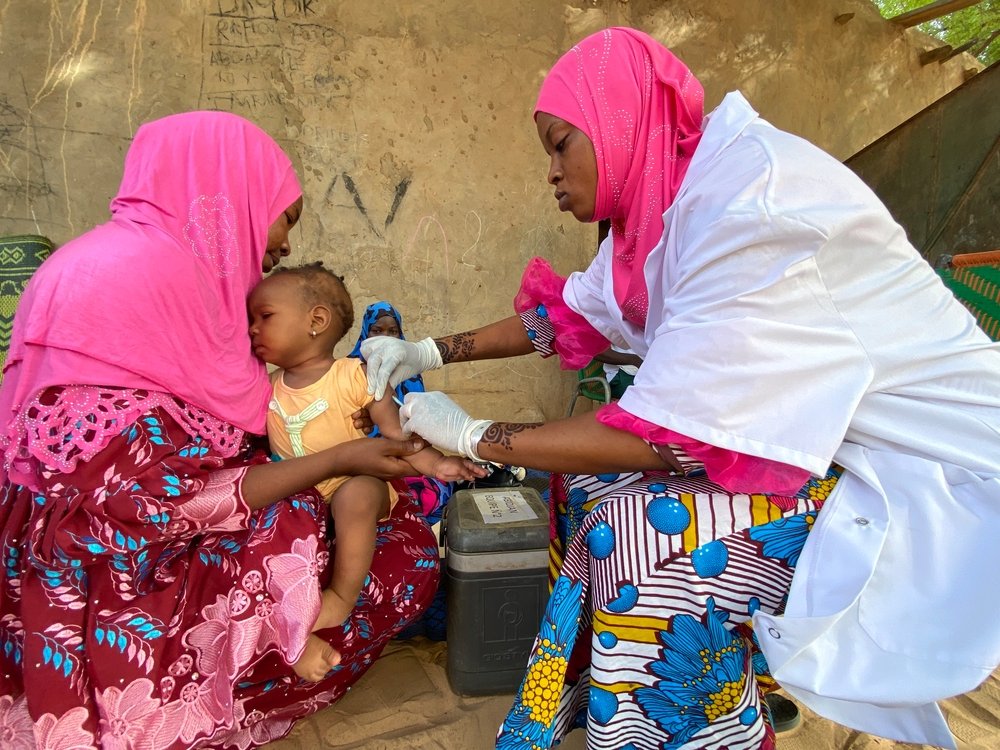 Lamine Keita/MSF
Haoua Diabrili vaccinating a child with a measles vaccine in Niamey, Niger. May 2021.

People now have doubts about the vaccines given to them and this is arguably our biggest challenge.

I remember that in 2015, during the last major meningitis epidemic in Niger, people would go to the pharmacy to buy the vaccine themselves.

The same parents who bought this vaccine without hesitation in 2015, now no longer trust it.

The socio-economic impact on health systems

The second challenge that must be addressed is the socio-economic impact on the health systems.

This year, for example, we faced a delay in the procurement of the vaccine against meningitis and measles due to a decrease in the annual stock of vaccines in Niger. 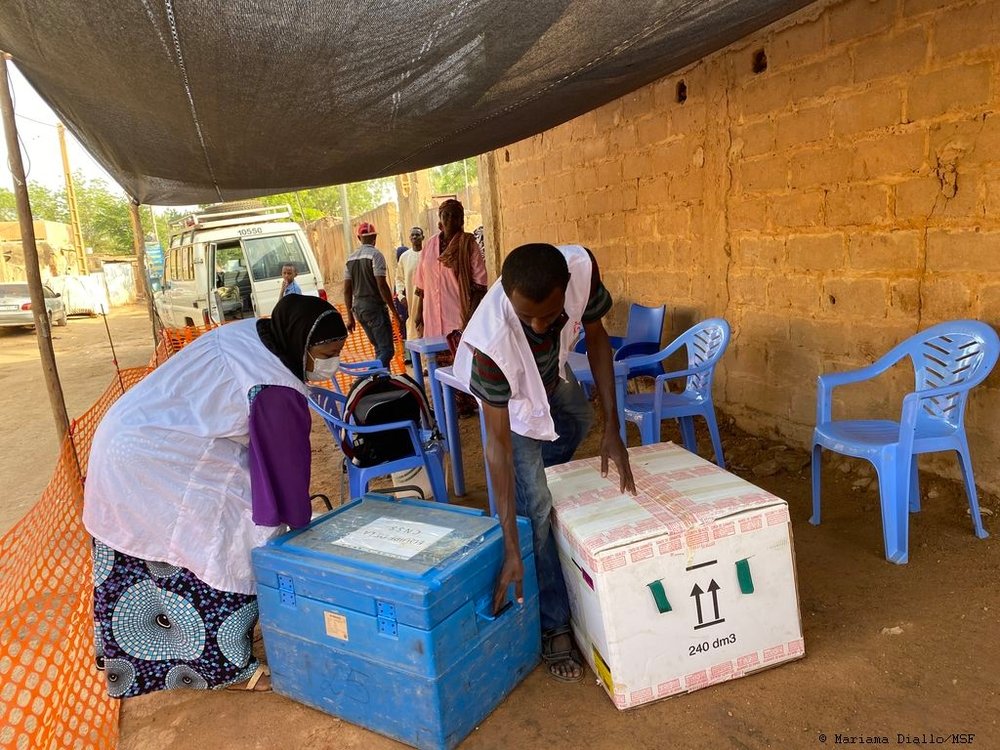 MSF/Lamine Keita
MSF activities at the vaccination site in Niamey, Niger. May 2021.

Since the start of the COVID-19 pandemic, we have seen a greater mobilisation of funding for the development of vaccines against the coronavirus and for the hospitalisation of patients with COVID-19 all over the world.

Yet, in countries that are more vulnerable to epidemics such as Niger, one does not replace the other.

An equitable distribution of funds must therefore be secured in order to avoid a deterioration of the health situation in the country.

The impact of climate change on the occurrence of epidemics

Beyond these challenges directly linked to COVID-19, there is also a reality that we can no longer ignore: climate change is undeniably impacting the occurrence of epidemics.

During the dry season, it is well known that heavy dust in regions like the Sahel and the Sahara plays a role in the spread of meningitis, which is an airborne bacteria.

Epidemics tend to go away on their own when the rainy season begins, however with climate change the rainfall has been erratic in Niamey and Magaria and as a result we have seen cases of meningitis and measles remain high.

As the world grapples with COVID-19, we cannot let the efforts that have been made over years of fighting other epidemics in countries like Niger go in vain.

The epidemiological situation does not allow us to let routine vaccination activities weaken and we can’t wait for yet another epidemic to launch a new vaccination campaign.

Meningitis and measles are known diseases; they are not new and communities have a very important role to play in the fight against these epidemics.

With the help of everyone we will succeed in eradicating these diseases, as has been the case in other countries of the world.

As members of an emergency medical organisation, we continue to address the recurring epidemics that are rampant every year, in Niger as in other countries of the world.

For years, we have been involved in this fight against epidemics in our various missions, and each time, we rely on the previous experiences to better prepare for the next one. 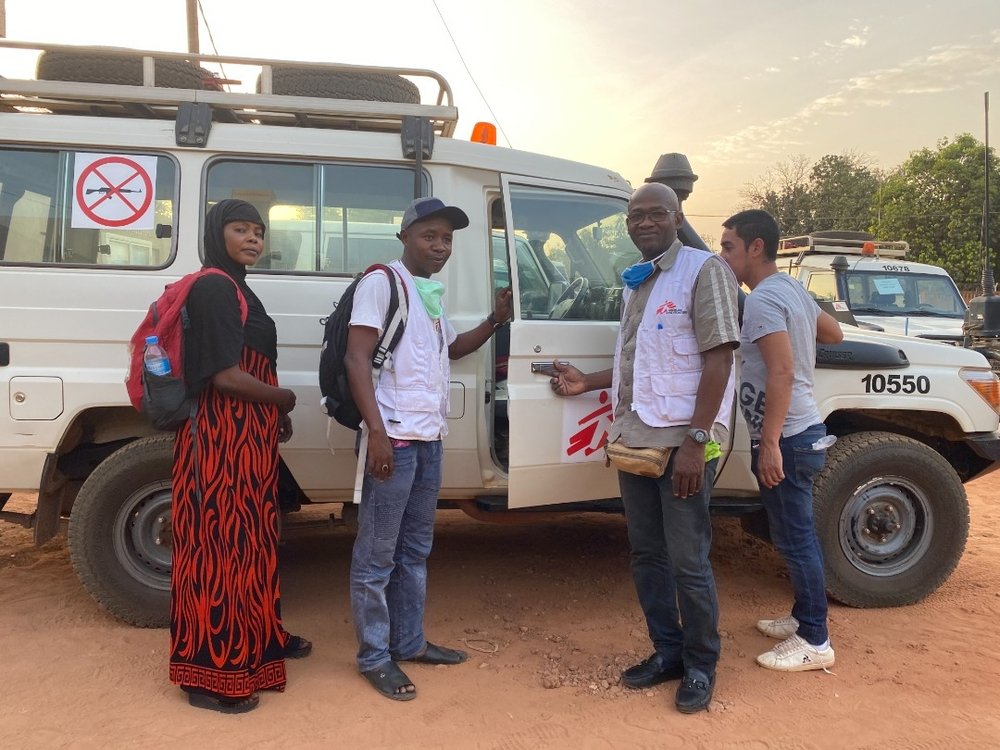 We are also working on the level of epidemiological surveillance, and our support to respond to emergencies is based on the ability to mobilise a rapid response as needed in order to be more responsive and to strengthen the health systems that we support.

We need to step up our efforts in education and community engagement especially in contexts where rumours are widespread, which in turn dissuades people from being vaccinated.

"In three and a half months, MSF vaccinated more than 600,000 children against measles and meningitis in collaboration with the Ministry of Public Health in Niamey and in Magaria"

Correcting this is the responsibility of everyone: communities, authorities, medical and humanitarian organisations as well as financial partners.

In three and a half months, MSF vaccinated more than 600,000 children against measles and meningitis in collaboration with the Ministry of Public Health in Niamey and in Magaria. 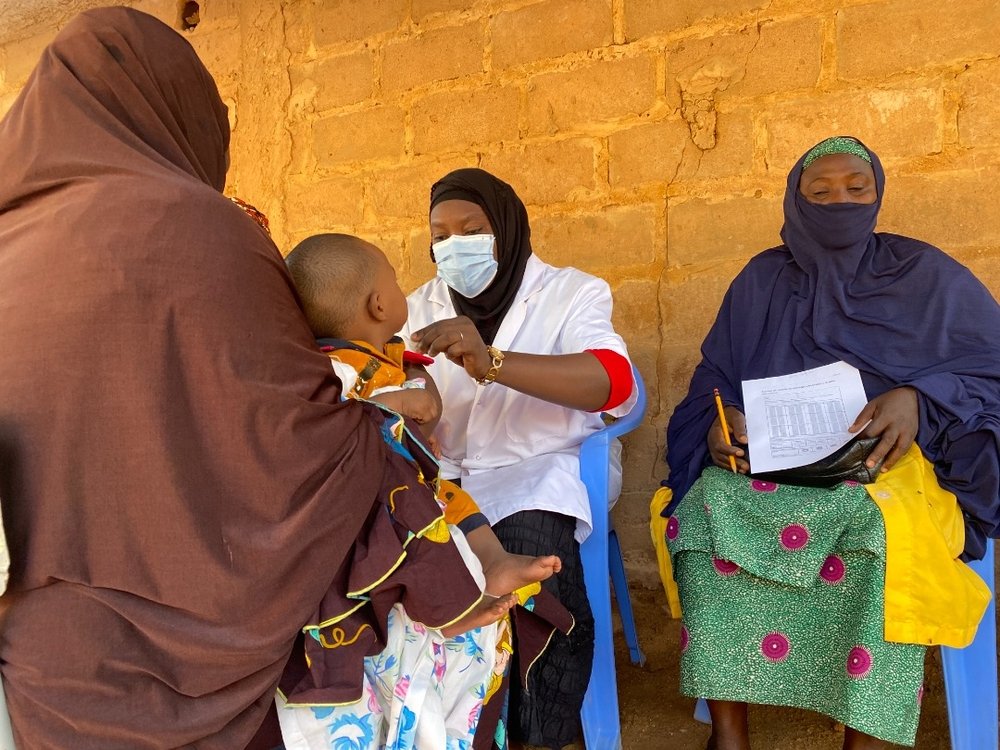 MSF has worked with the Ministry of Public Health for many years in response to epidemics in Niger.

Since the beginning of the year, our teams have supported in responding to the measles and meningitis epidemics in the regions of Dosso, Tahoua, Agadez, Tillabéry, Diffa, Zinder and Niamey.