Xili Fernández has been working for MSF since 2012 in countries including Democratic Republic of Congo, Tanzania, Syria, Zambia, Lebanon and Turkey. In January 2019, Fernández returned to her native Caracas to work as coordinator of MSF’s project assisting victims of urban violence and sexual violence in the Venezuelan capital. Here, she looks back on the past months and on MSF’s work in the city.

In 2003, you could see the beginning of the country’s economic crisis, but now, of course, it is much worse. Although I knew about it, I still didn’t expect to see the whole system in such a state of collapse – the health system struggling, the people demoralised, the economic crisis so deep.

What is MSF doing in Caracas?

We’ve been working in Caracas since 2016. We have six sites where we offer care, located in health centres and community centres in neighbourhoods across the Libertador and Sucre municipalities, where street violence and criminal gangs are common. Our project is focused on providing victims of urban violence and sexual violence with medical and psychological care.

We put a lot of emphasis on treating sexual violence. Far too often it is not seen as a medical emergency, but in fact receiving treatment in the first 72 hours after an assault is vital to preventing sexually-transmitted diseases and unwanted pregnancies. Of course, survivors also need psychological care.

We have also started to work with the Ministry of Health in three hospitals, the Vargas Hospital in Caracas, the Pérez Hospital in León and the East Mother and Child Hospital in Petare. Through our work with these hospitals, we hope to reach more patients affected by violence and to attend urgent cases related to sexual violence.

We also remain ready to respond in the event of emergencies. If there are protests, we assess the situation and determine if our support is needed. During the protests in April, for example, we offered medical supplies to clinics where the wounded were treated. 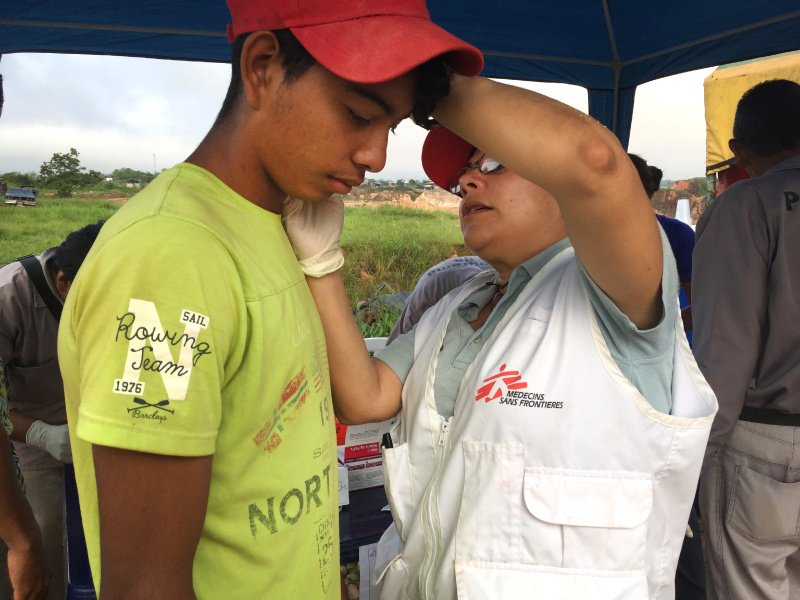 Diana Puyo/MSF
In February 2019, MSF conducted a large bed net distribution campaign in Sifontes municipality, a mining area in Bolivar Sate. The distribution is crucial to allow people in this mining area to protect themselves from mosquitoes and therefore malaria.

What are the difficulties in reaching patients who have survived a sexual assault?

The legal route for survivors of sexual assault is quite well-known, but many don’t see it as a medical emergency. They do not know that there are accessible medicines in Caracas, or that we have them and will provide them for free.

But we are reaching more and more people; in 2019, we have treated 233 survivors of sexual violence and offered more than 2,000 mental health consultations. We work with the Ministry of Health to train the relevant authorities and they are beginning to understand that a sexual assault is a medical emergency. As a result, we are seeing an increase in the number of registered sexual assaults. Our partnerships with local and community associations, and with the forensic police, are very important. We help them to consider these cases as medical emergencies, which prevents the survivor from being victimised again, or having to gratuitously relive the episode during police interviews. They would have to answer questions like “What were you wearing?” and comments like “But you can’t go there.” Increasing the knowledge in the community and among local organisations of the consequences of sexual violence and the importance of psychological support also helps to avoid the survivor feeling stigmatised.

This last year has been very hard, with protests, blackouts, and cuts in the water supply and telephone service. There are too many daily pressures for a sexual assault to be a priority (like urban violence it can become normalised), compared to immediate, urgent needs, like finding enough water or food each day in increasingly difficult conditions.

What is the situation in hospitals?

As time goes on, we are treating more and more complex cases, as a result of violent situations that require psychiatric treatment. And as the crisis deepens, mental health problems are getting worse as well. There is only one public hospital where the most serious psychiatric patients can be treated. The conditions in many hospitals are complicated and it is getting harder for them to cover emergencies. Some are unable to perform operations, wards and services are being closed, and health staff are moving from public services to private ones. Many health professionals have left the country and those who are now taking their places are younger, and lack experience or specialised skills. There, we are also trying to help with training and looking after the mental health of carers, to take care of the carers. 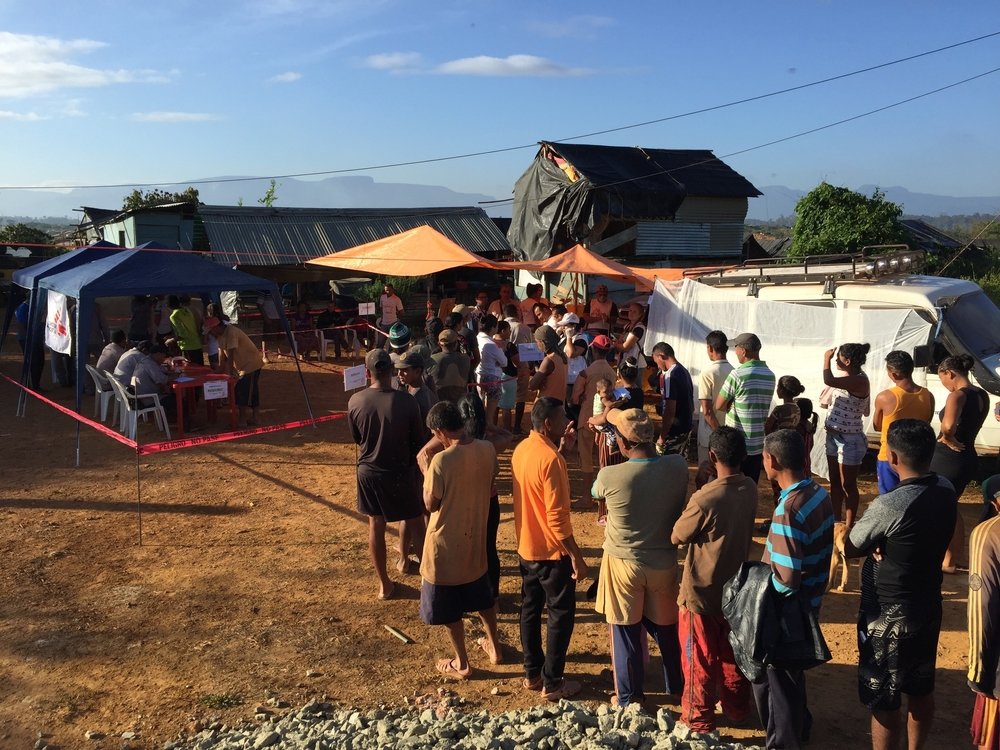 You have been in Caracas since January. How has the situation changed for people?

People feel abandoned. They are tired and demoralised. The crisis has been going on for a long time and is affecting the most vulnerable, who feel like they have been abandoned. And more people are leaving the country as a result of the daily difficulties and these feelings of helplessness and hopelessness. This was much more visible after the March blackouts; people felt very alone. With so many people leaving the country that feeling of loneliness has increased. Keep in mind that Venezuela was not a country of emigrants, that exported people. The pain is huge. Those who stay and those who leave both feel an enormous sense of guilt. All this has an effect on our mental health. There is more anxiety and more depression.

Is it difficult for MSF to work in such a politically-divided environment?

Reaching people in such a polarised context is difficult. The manipulation of humanitarian aid, by all sides in the Venezuelan crisis, has done a lot of damage because it has made people more sceptical about trusting the neutrality, impartiality and independence of organisations that come to help in solidarity without expecting anything in return. But little by little, and by working with community and local organisations, we are getting to know each other and hope that we will gain the trust of Venezuelan people and institutions.