Voices from Bangladesh: “I was crying all of the night”

First-person piece by Jasim (not his real name), a former MSF staff member in Myanmar who is now one of more than 693,000 refugees living in Bangladesh.

“You cannot imagine how difficult it is for us to live in Myanmar. We are always being discriminated against. Everything is restricted for us. Education is provided for Buddhist children, but no teacher is available for Muslims, so we have to hire our own teachers. And even then, they say we should learn in Bengali because we are from there. Since 2012, even those Rohingya who do pass their exams can’t go to university.

My education was very short – I was turned out from school. Instead I came to Bangladesh and studied English, before returning to Myanmar.
JASIM FORMER MSF STAFF MEMBER IN MYANMAR

My ambition was to be a translator for a humanitarian organisation. In 2012 I heard that MSF needed a translator at its North Rakhine project in Maungdaw, so I applied.
Soon I became a mental health supervisor for MSF, then an HIV outreach worker, and then I helped train community health workers. 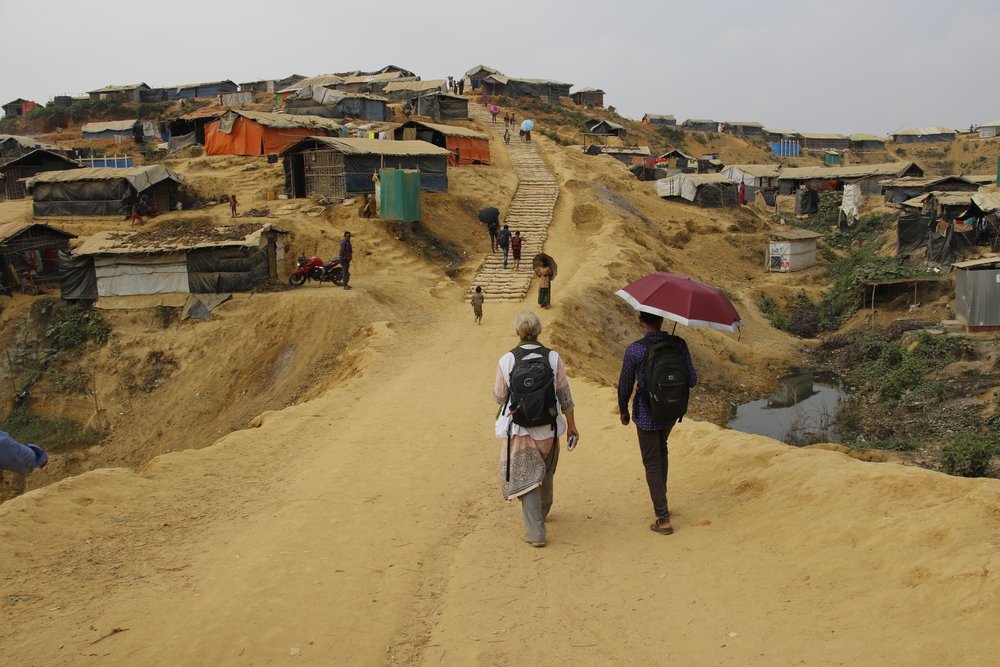 Then something terrible happened. In 2014, when the eldest of my five children was 14, he was kidnapped by a broker and sold to a human trafficker. For 34 days my son was on a boat with no food, no water. When they arrived in Thailand, he rang me – the traffickers wanted US$2,000 for his release. If I didn’t pay, they would send my son to the fishing boats, they said, and I would never see him again.

My son was kept in detention in Thailand. He had half a litre of water for washing and drinking, a tiny amount of rice and one small fish per day. They keep them fragile so they cannot escape. The guards have guns. Many people die in detention – they just throw their bodies into the jungle.

I managed to raise the money and at last my son was released. Now he is safe in Malaysia.
JASIM FORMER MSF STAFF MEMBER IN MYANMAR

As for me, I did not feel safe staying in Myanmar, as there were problems between the government and Muslims. The authorities were looking for me – three times they went to my house.

In 2017, it happened again. From my home, very close to the river, I saw more than 20 people injured by violence. When I saw this, it made me more frightened. In September I decided that I and my family had to leave the country.
To reach the Naf river [the border between Myanmar and Bangladesh], we had to cross a small creek with a checkpoint at the end, and push our way through thorn bushes. It was midnight and there were a lot of security forces around.

For one and a half hours we were walking very slowly through the thorns so as not to make any noise. If they heard us, people would shoot. We crossed the river in a small rowing boat with space to carry 20 people – but we were more than 100. The sides of the boat were just half an inch above the water. At last we reached Shah Porir Dwip island. Bangladesh was unprepared for half a million people arriving within a month, but still we were really welcomed by the Bangladeshi people and the authorities. They waded into the water to help us carry our things.

The next day we started the journey towards Kutupalong. It was difficult because there were so many people on the road. People were carrying stuff, children were crying, there was no food, everyone was very tired. The road was jammed with traffic, people were lying down on the road.
On that one day, for the first and only time in my life, I felt terrible emotions. I said, ‘I will die here’. I was crying all of the night. 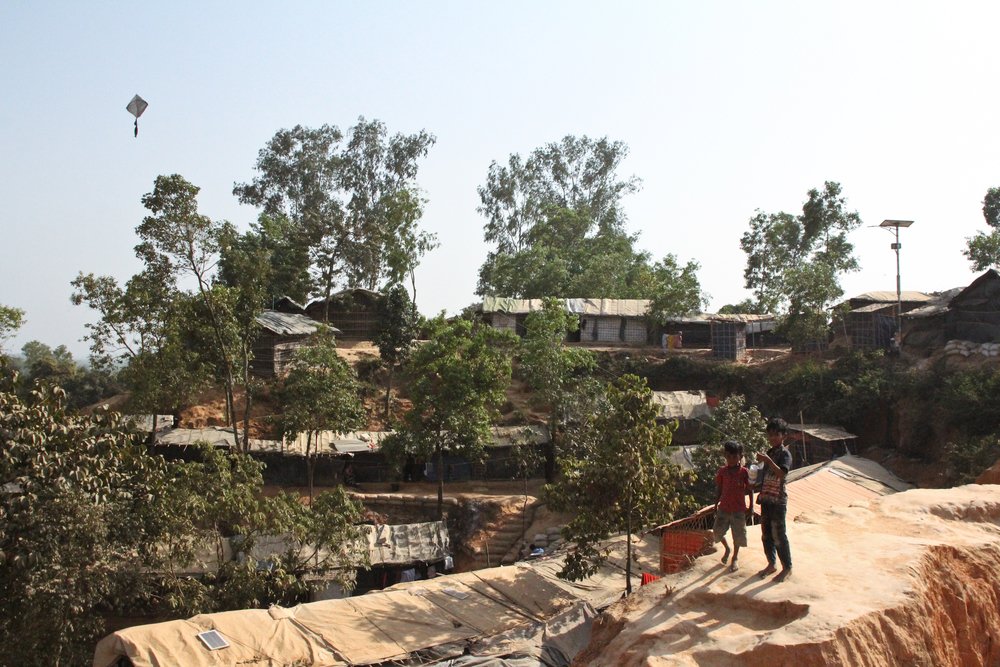 Fortunately I had some relatives living in the camp for registered refugees. They gave us shelter. The house was very narrow but at least we were indoors – we didn’t need to sleep on the road. After that I rented a room for a month and later built my own shelter. Life in the camp is not easy. The living conditions are too crowded and there is contamination everywhere. People are not receiving the necessary things, and you can’t stay or leave as you wish. Security is also an issue – there are kidnappings and killings, though we don’t know who is carrying them out. But my main concern is for the children’s education. There is no formal education in the camps, and this is destroying their future.

My wife is always thinking about our past life. We built a house two years ago in Myanmar and all our money is invested in the house. We would love to return when the situation is right – but no one is willing to return now. People are still fleeing – how can we return?” Names have been changed at the person’s request

our work in bangladesh >