War in Ukraine: “People know everything at home has been destroyed and they can’t get their old lives back”

May 24th, 2022- With hundreds of thousands of people having fled heavy fighting in eastern and south-eastern Ukraine, Médecins Sans Frontières (MSF) teams are expanding medical and psychological support to vulnerable people living in shelters in and around Dnipro and Zaporizhzhia.

According to the local administrations, more than 220,000 people displaced by the conflict have sought safety in Dnipropetrovsk region, while more than 120,000 have arrived in Zaporizhzhia city.

Burnand says people staying in the shelters are particularly vulnerable. 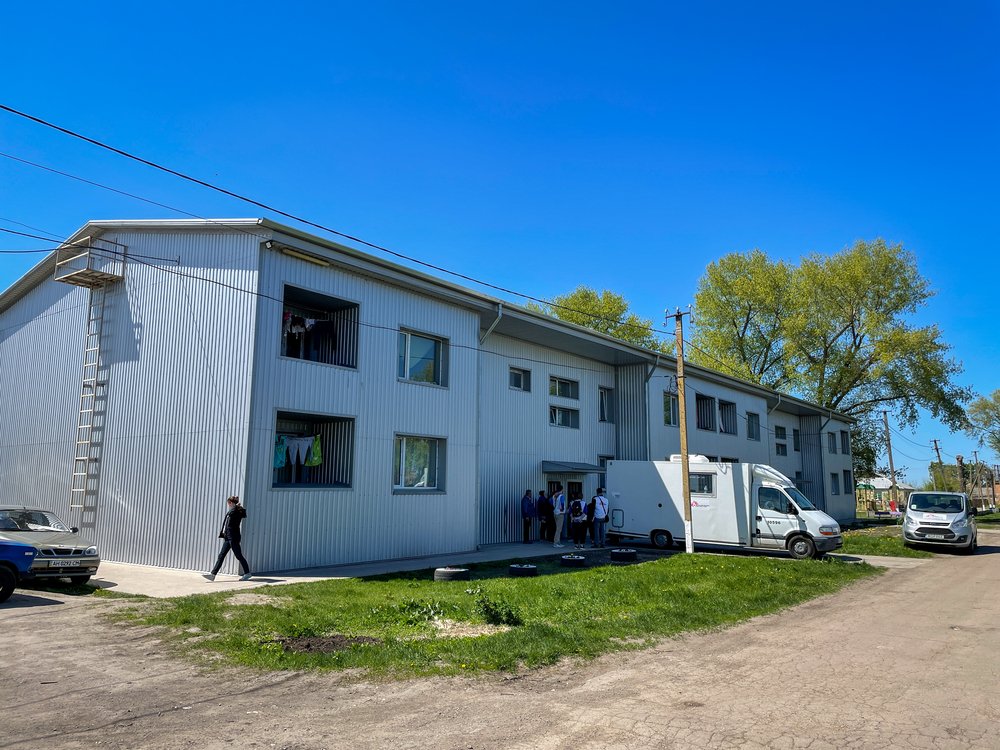 MSF/
View of a mobile clinic run by MSF in front of a shelter for displaced people in Dnipropetrovska oblast. (May, 2022).

“We see many elderly, people with disabilities, and people who can’t afford to make the journey further west in Ukraine or abroad. Our job is to complement the impressive work of the local authorities, volunteers, healthcare staff and social workers and make sure people who’ve been through incredibly traumatic experiences get the medical and psychological care they need.”

MSF teams are increasing the number of shelters they support, running mobile clinics in more than 70 locations in and around Dnipro and Zaporizhzhia. Each mobile clinic team is made up of a medical doctor, nurse, psychologist and health educator. 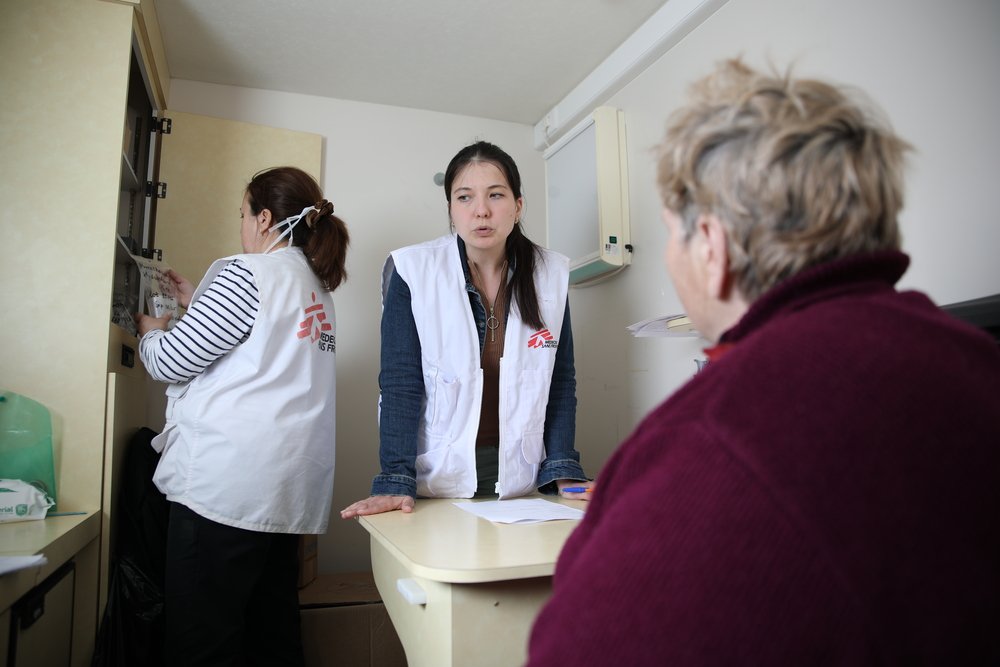 MSF/
Medical consultation in a mobile clinic run by MSF in Zaporizhzhia. (May, 2022).

Medical doctors provide consultations and medicines, connect patients with specialists if needed and refer severely unwell people to local hospitals. They currently carry out an average of 60 consultations each day. 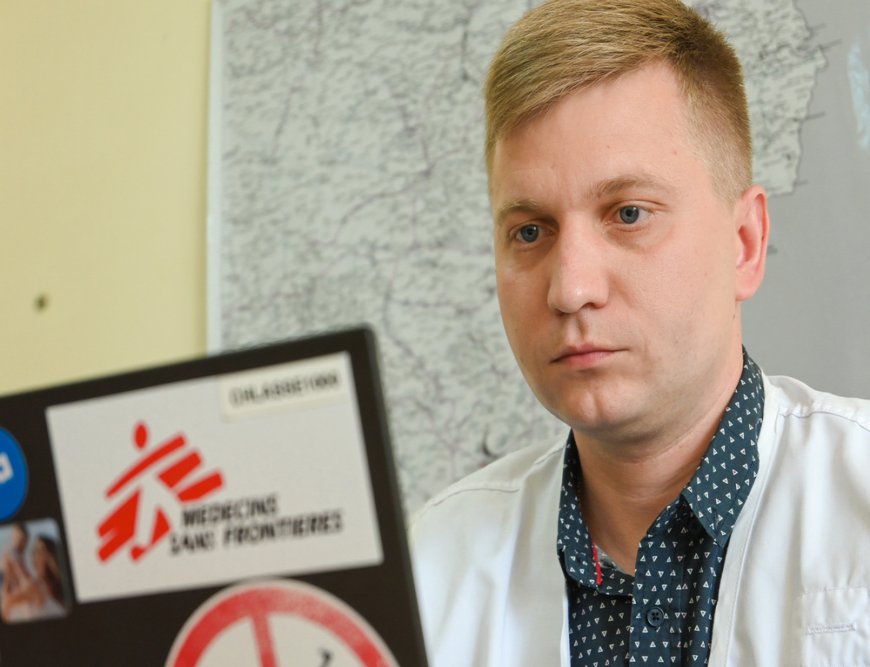 MSF/Pau Miranda
Dr Sasha Sholokov has worked with MSF since 2017. He fled his home in Mariupol in February. (2022).

“We see many patients with chronic illnesses like high blood pressure, diabetes, heart disease, asthma and epilepsy,” says Dr Sasha Sholokov, MSF’s Medical Activity Manager. “The conflict has made it hard for them to get the regular care and medications they need and we need to make sure their condition doesn’t become worse.” 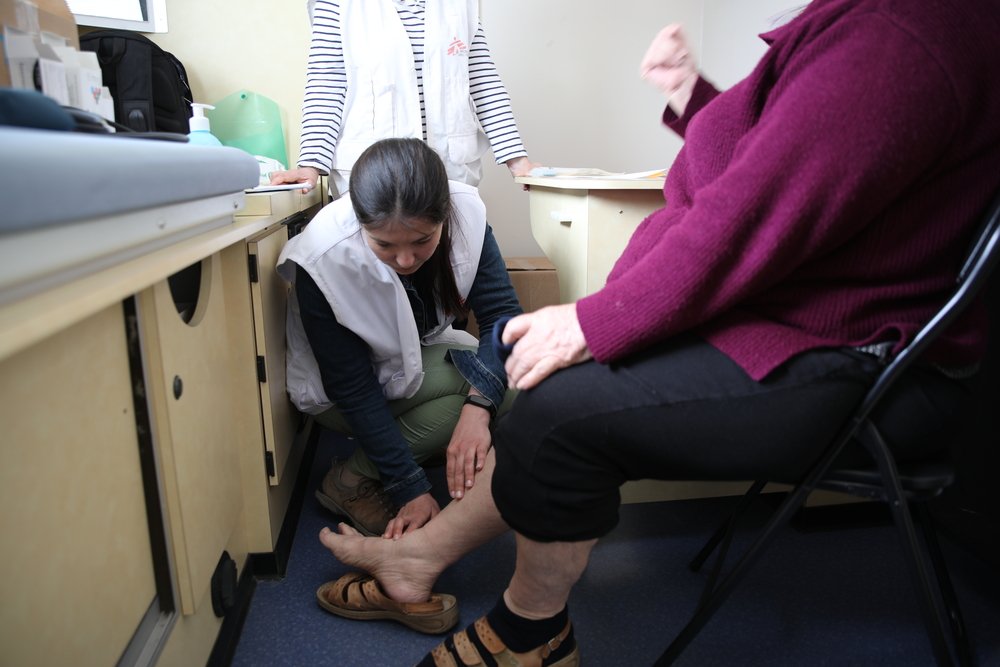 MSF/
Medical consultation in MSF's mobile clinic in Zaporizhzhia. (May, 2022).

“Psychologically, the situation has become more complicated for many people we see”, says Lina Villa, MSF’s Mental Health Activity Manager. “At the beginning they were planning to go back home to Donetsk and Luhansk, but they now realise this is becoming less and less likely. They know everything at home has been destroyed and they can’t get their old lives back.

“They face a lot of uncertainty and I see that some start to lose the hope they had a couple of months ago. We try to help them regain a feeling of control in a situation that’s completely unpredictable.” 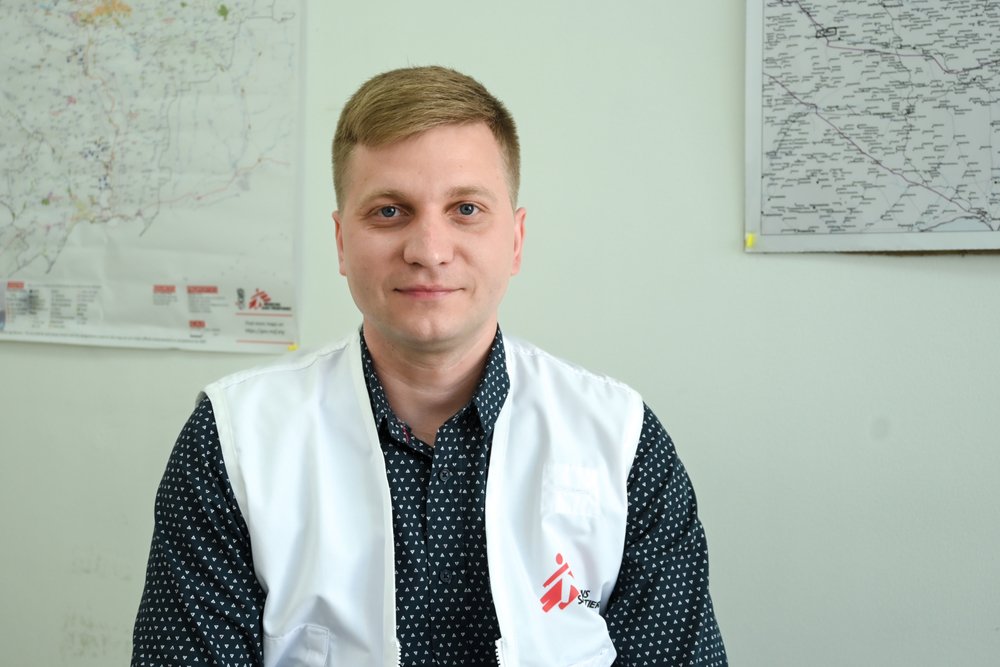 MSF/Pau Miranda
Dr. Sasha Sholokov fled his home in Mariupol in February. After making sure his family was safe, he returned with MSF to eastern Ukraine. He continues to help people like him who have found safety in Dnipro and Zaporizhzhia. (May, 2022).

MSF has projects supporting people displaced by the conflict throughout Ukraine, including in Berehove, Chernihiv, Dnipro, Ivano-Frankivsk, Kropyvnytskvy, Mukachevo, Uzhhorod, Vinnytsia and Zaporizhzhia.