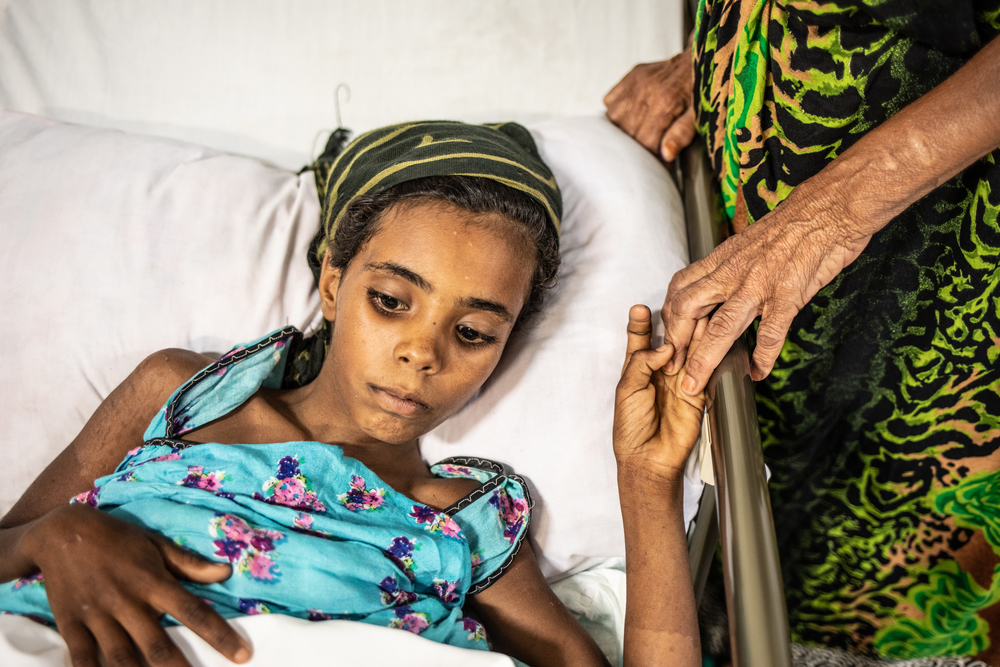 Years of indiscriminate conflict in Yemen have shattered the country’s health system and fueled a humanitarian crisis. As the war approaches its fourth year, Médecins Sans Frontières/Doctors Without Borders (MSF) repeats its call to all parties to the conflict to ensure the protection of civilians, including medical facilities and staff, and to allow the sick and wounded unhindered access to humanitarian aid and health care.

A wave of cholera is once again on the rise. From January 1 to March 26, 2019, MSF admitted 7,938 patients with suspected cholera to its health facilities in Amran, Hajjah, Ibb, and Taiz governorates. Fifty percent of these admissions were in Ibb alone. During this same period, the number of cholera patients treated by our teams jumped from 140 to 2,000 per week.

We have scaled up our response accordingly, opening a 50-bed cholera treatment center (CTC) in Khamer and another at Al Kuwait Hospital in Sana’a; increasing the capacity of the existing CTC in Taiz; and bolstering centers in Ibb and Kilo. The incidence rate is particularly high in Huth, Amran Governorate, where we support a health center.

Since the war escalated in 2015 medical staff and health facilities have been attacked, leaving hospitals damaged, destroyed, or severely under-resourced and cutting off thousands of people from essential health services. MSF hospitals alone have been hit five times by airstrikes led by the Saudi- and Emirati-led Coalition (SELC).

As a result, Yemenis are forced to travel long distances—sometimes across front lines—to reach the country’s few remaining health facilities, often with deadly consequences: pregnant women with complications arrive late, and people suffering war-related injuries lose precious minutes before being stabilized. The collapse of Yemen’s health system has also led to outbreaks of preventable diseases like diphtheria, measles, and cholera.

A spike in measles cases was reported from late December 2018 to February 2019. Though the number of new cases has slightly decreased following vaccination campaigns launched by the Ministry of Health and other groups, the situation remains worrisome. In 2018, MSF teams in Abs, Haydan, Ibb, Khamer, and Taiz treated 1,787 for the highly contagious disease.

Widespread unemployment, restrictions on imports, and depreciation of the country’s currency caused by the war mean Yemenis struggle to access and afford even the most basic commodities like fuel, food, and medicine. Non-payment or partial payment of Yemeni civil servants’ salaries have further crippled services in the country, especially with regard to health care.

Much more humanitarian assistance is desperately needed in Yemen, in addition to the easing of administrative restrictions on access both into and within the country for humanitarian workers and international nongovernmental organizations. The warring parties and countries involved in the conflict must work to alleviate the suffering of Yemeni civilians, which will only deepen as the war drags on. 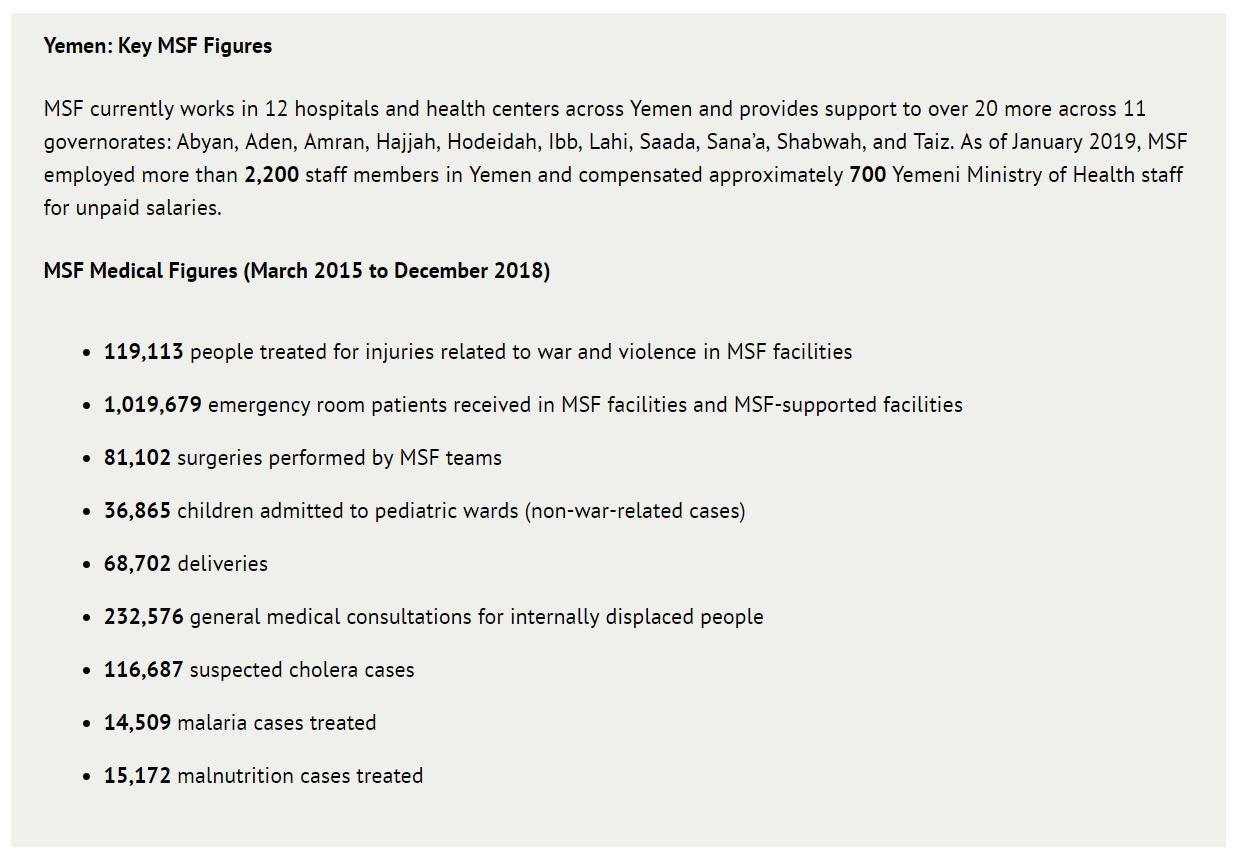