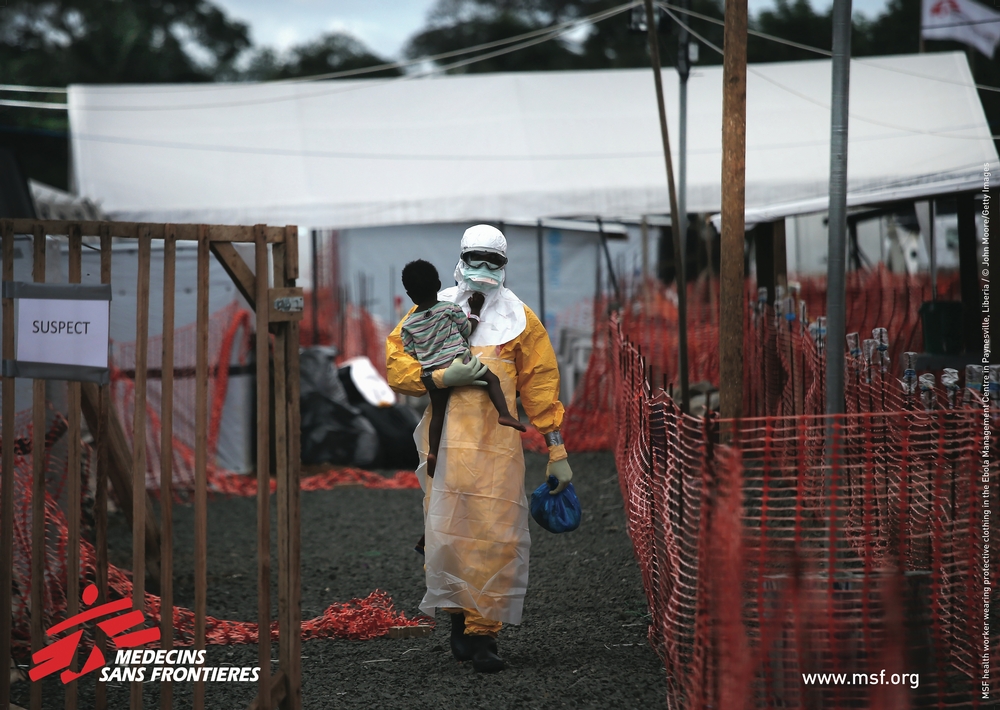 More than two and a half years after the Ebola outbreak officially began, MSF is now closing its last projects in West Africa dedicated to caring for people who survived the disease.

The Ebola outbreak that swept across West Africa infected more than 28,700 people and killed more than 11,300 men, women and children.

Whole families were ripped apart and communities were devastated by the disease, which saw schools close, economies grind to a halt and health systems collapse, leading to even greater loss of life.

The shocking human toll of the outbreak was exacerbated by the painfully slow international response.

“It has left an indelible mark on every MSF staff member who travelled to work in West Africa. For our staff from the region, the impact was even greater – they were living with the daily threat of the disease, while at work they faced the devastating reality of Ebola head on.

But for those who were infected with the disease and for their families, it was nothing short of hell.”

Samuel Aranda
(MSF) health worker holds in his arms Nubia who was infected with Ebola after her mother Mamasta died from the virus 12 days previously, she is receiving treatment from MSF at their Ebola treatment center in Conakry.

The battle after the outbreak

Those who survived Ebola often found the battle was not over – many faced significant medical and mental health problems. However, because there had never before been an outbreak of this magnitude, there was limited understanding of what assistance people would need to pick up the pieces.

“As the outbreak subsided, it became apparent that Ebola survivors and their families would need significant support,” says Petra Becker, MSF head of mission in Liberia.

“The majority of survivors experienced physical disorders such as joint pain and neurological or ophthalmological problems.

MSF set up dedicated survivors’ clinics in the three worst affected countries. The first opened in Monrovia, Liberia, in January 2015 and provided more than 1,500 medical consultations before closing in August 2016.

A second clinic in Guinea, Conakry, cared for 330 survivors and more than 350 of their relatives in the Coyah and Forécariah districts of the city. A similar clinic in Freetown, Sierra Leone, provided mental and medical healthcare to more than 400 survivors and their families, organising more than 450 individual and group sessions to provide psychological support.

“Over time and after treatment, the severity of people’s psychological and physical disorders has gradually diminished,” says Jacob Maikere, MSF head of mission in Sierra Leone.

“Yet many survivors say that they are still deeply disturbed by the smell of chlorine, which immediately transports them back the horror of the Ebola management centres.”

24 year old Ebola survivor Aminata koroma photographed at her home in the killage of Mabekoh. Koroma survived the disease after being treated by MSF in Kailahun, but four members of her family died.

Fight against discrimination and stigma

Ebola survivors and their families also faced stigma when they returned to their communities.

MSF, together with other organisations and alongside national initiatives, sent teams out into affected communities to spread health messages and to help reduce stigma and discrimination.

In Guinea, for example, MSF reached 18,300 people through group and individual sessions.

“Stigma remains a huge issue for those who survived Ebola and for their families, despite awareness and information campaigns during and after the outbreak,” says Jacob Maikere.

“The discrimination takes many forms, with people losing their jobs or their partners, or being rejected by their family or community, all of which can have a hugely destabilising impact on their lives.”

Health workers in the three worst affected countries paid a heavy price for responding to the disease, with many losing their lives.

Those who survived witnessed countless deaths, and had to live with the fear that they too would be infected in their own communities as Ebola spread.

“Health workers in Sierra Leone, Guinea and Liberia saved many of their fellow citizens from Ebola,” says Ibrahim Diallo, MSF head of mission in Guinea.

"But the virus created such fear in the country that many were viewed with suspicion or even discriminated against because of the contact that they had with people who were sick.”

In late-September, MSF ended its medical and mental health programmes for survivors in Guinea and Sierra Leone, while in Liberia, post-Ebola activities will finish before the end of the year.

Most medical conditions affecting survivors, such as eye and joint problems, have now been treated and MSF has arranged for those who need on-going mental health support to receive continuing care within their national health systems or from other organisations.

MSF will continue its efforts to provide services focusing on the unmet health needs of vulnerable people throughout the three affected countries.

“Any strengthening of health services in the three affected countries must include improving infection control measures, surveillance systems to ensure early monitoring of potential cases, and basic contingency plans allowing for a quick response to an outbreak of Ebola or other diseases,” says Mit Philips, health policy advisor for MSF.

“The countries also need catch-up plans for services that lapsed during the epidemic, such as treatment for HIV and TB, as well as preventative services for which coverage remains low.” 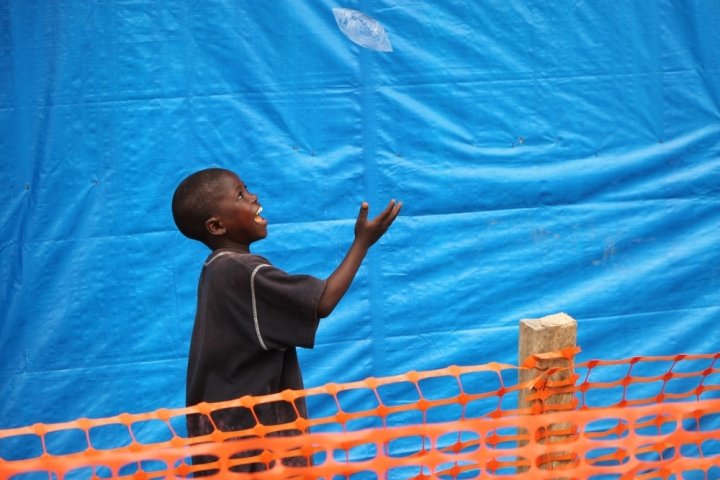 Martin Zinggl/MSF
Mamadee, 11, was admitted to MSF's Ebola management centre in Foya, Liberia on 15 August 2014. He tested positive for Ebola, but recovered, and was discharged on 4 September 2014.

In Monrovia, MSF has opened a paediatric hospital, Bardnesville Junction Hospital. Between January and August 2016, the hospital provided more than 3,280 emergency consultations and admitted 880 children as inpatients, mainly for malaria.

The hospital’s neonatal unit has cared for 512 newborn babies.

MSF is also continuing to provide care to HIV patients in Conakry, the capital of Guinea, and maternity care in the Tonkolili and Koinadugu districts in Sierra Leone.

The organisation has also positioned emergency supplies in the region to make sure that medical teams can respond quickly to a future outbreak of Ebola or to other epidemic threats.

Find out more about Ebola