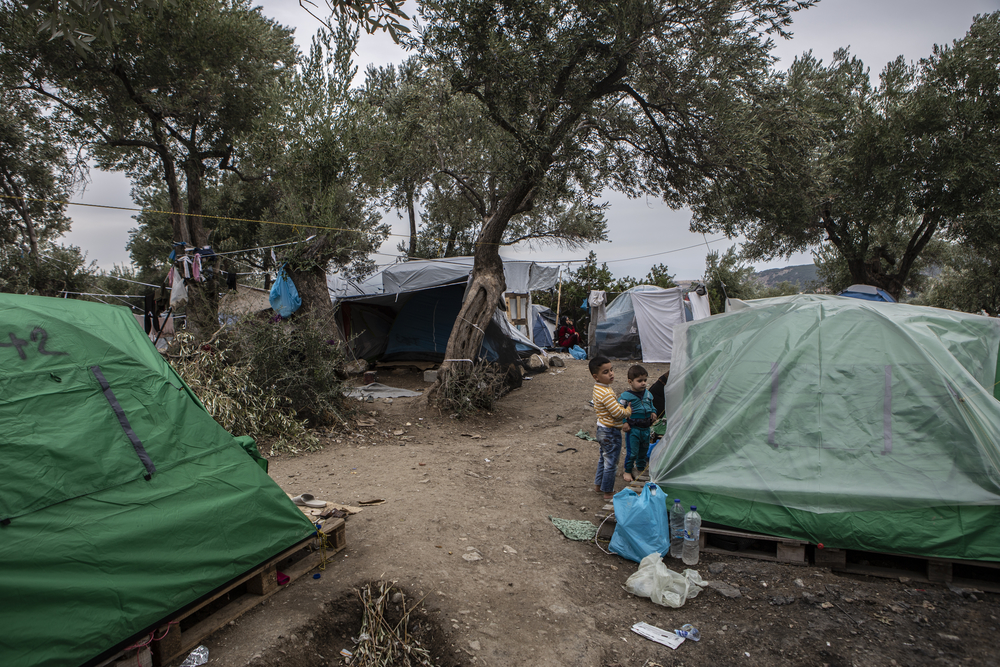 What I have seen in Lesvos makes me feel ashamed, but most of all, makes me angry

I came back from Lesvos two weeks ago. I was there for a year as the coordinator of MSF activities, and then again to volunteer on the north shores of the island, where most people arrive.  As MSF coordinator, but also as a European citizen, what I have seen in Lesvos makes me sad, it makes me feel ashamed, but most of all, it makes me angry. It makes me angry because what we are fighting is not a natural disaster, it’s not an epidemic, it is the result of the conscious choice of European leaders to let people live in these circumstances. 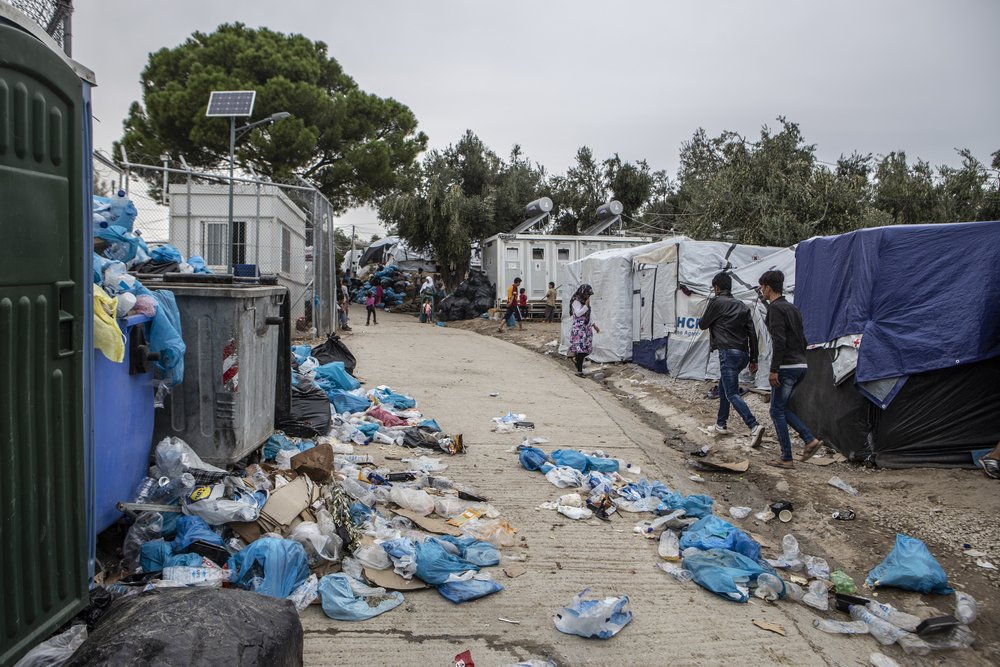 Anna Pantelia/MSF
At the moment, 13,000 people stranded in a camp designed to host just 3,000. People in the olive grove have to share their tents with other people with whom, they don’t have any previous relationship.

As humanitarian workers and volunteers, we are tired and we are desperate. We treat children with respiratory infections and send them back to live in a tent; we support torture survivors with post-traumatic stress disorder and send them back to a container shared with 15 strangers, we assist heavily pregnant women and know that that woman and her baby will be living in a tent 3 days after giving birth – our work is never done and we don’t know what is left to say to desperate parents or scared teenagers. We stand next to them and we stand with them, but as nurses, translators, psychologists or doctors; we cannot change the real reasons for people’s despair.

On the north shores of Lesvos, I was incredibly impressed by the work of the volunteers; but also shocked that they have to provide the most basic services, while those responsible chose to look the other way. Young volunteers told me about the nightmares they had after what they witnessed in Lesvos. The same goes for the inhabitants of Lesvos, so many of them still invested in providing some humanity for people seeking safety on their island. They do outstanding work, but how can this responsibility be left on the shoulder of the people of Lesvos and the volunteers who chose to assist?

Many people stick in my mind when I think of Lesvos.

I think of countless parents and the impossible choices they have to make – who bring their kids to our clinic, who are embarrassed to say the child hasn’t showered in a while, because they are worried it will make the child more sick – who feel a skin infection is the least evil compared to the risk of not being able to warm up their kid after a cold shower. I wonder how they feel having to even contemplate these options. I think of a young torture survivor with severe mental health issues, clutching his bible and a small day pack, visibly scared, who didn’t speak a word but out of nowhere gave me a small, hesitating hug. I wonder who he speaks to at night when he feels lonely or scared. I think of an Iranian mother with 2 teenage daughters, for whom I sought out some dry socks, trousers and underwear – who insisted they didn’t need a sweater, that they would wear their own. I wonder if they are cold at night in their tent, if they wish they had taken the extra sweater after stepping off a dinghy into the sea at 4am in the morning. 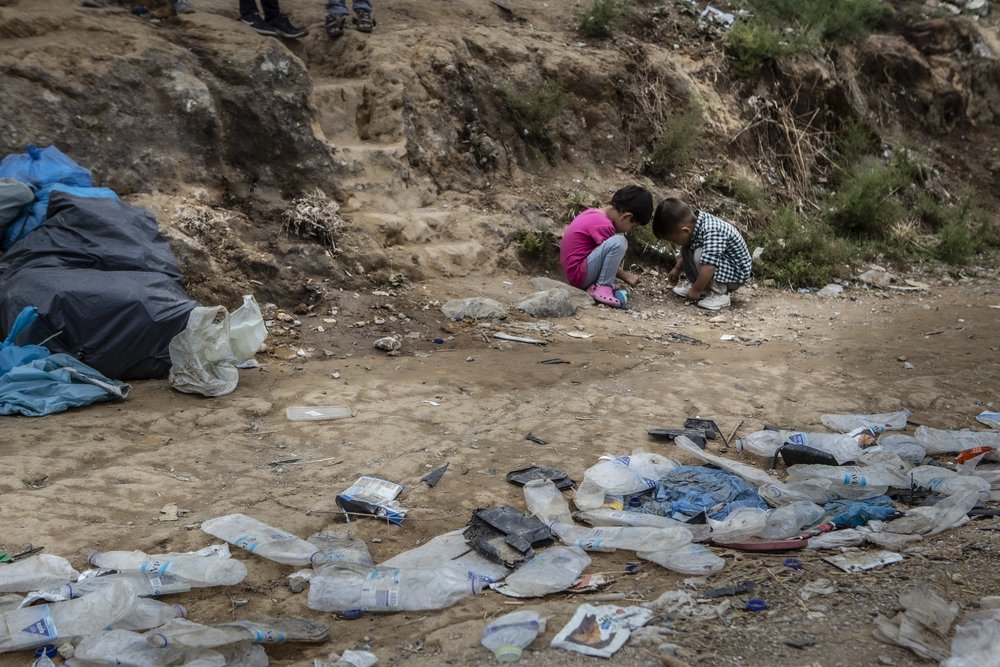 Anna Pantelia/MSF
Two children play among rubbish in the olive grove next to Moria camp.

Of course Lesvos is also a place where you witness the extreme resilience of people, who find ways to take care of themselves and others, but the odds are so greatly stacked against them. I think of my colleagues, many of them refugees themselves, and I wonder how they continue to find the energy to offer small bits of hope to the people in Moria.

I am angry because what we see is not new, it has been happening for years and it just gets worse. I am angry because the European Union I learned about in school, the one built on human rights and solidarity, does not exist on the Greek islands. When I think of Lesvos, I think of the European leaders, who know perfectly well what is happening but chose the status quo, who chose not to provide the most basic protection to people seeking safety.  And I wonder how they sleep at night.