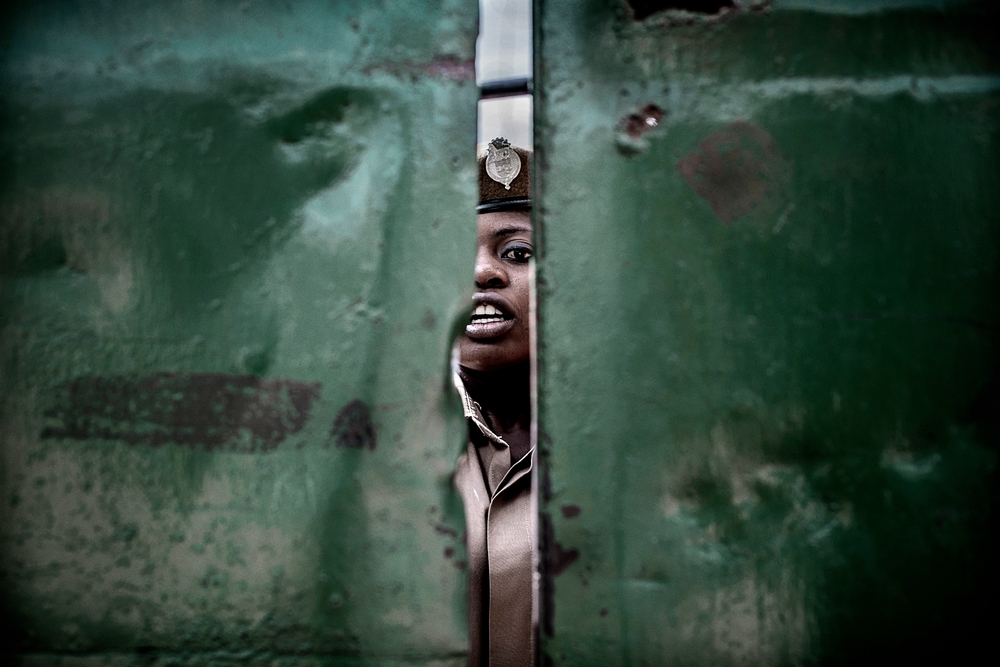 Since June, Médecins Sans Frontières/Doctors Without Borders (MSF) has established a permanent presence in two of Malawi's central prisons.

Maula prison in the capital Lilongwe is the largest in the country with 2,650 inmates serving both short and long sentences. Chichiri, in the southern city of Blantyre, has 2,000 inmates. MSF’s medical teams are made up of four staff in each prison.

Our intervention aims to address the unmet needs of a neglected group of people at extreme risk of becoming coinfected with HIV and tuberculosis (TB).

Our teams also provide basic healthcare for prison staff as well as prisoners. The vast majority of people in the prisons eventually return to their communities. Any diseases contracted in closed settings, or made worse by poor conditions in confinement, become matters of public health.

We have also started work to improve the water and sanitation situation in both prisons, which is currently a critical problem. 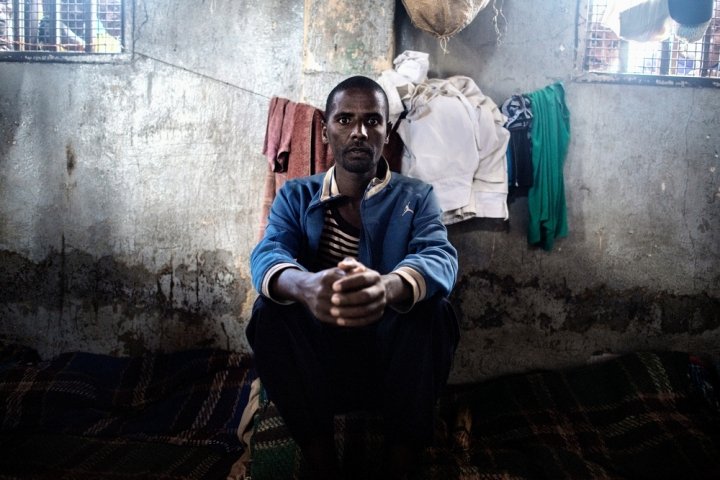 Forty-one-year-old Abebe Aleme is from Addis Ababa, Ethiopia's capital. He left Ethiopia for South Africa to look for a job but he was arrested in Malawi.

"We go to South Africa because in our country we don’t have enough to live. In South Africa if I go I work for two years, three years, I can have something to buy a house. In Ethiopia if you work even 20 years you buy nothing. This is why we leave our country.

"My brothers and sisters are many, there isn’t land for all. I called my father, he is in Nairobi. He said: 'you have to get a job.' I told him there is no business here, and he told me: 'it is better you get a job,' and he got angry. I closed the phone; I didn’t want to call him back.

"In prison, here, we are not human. We lost everything. The shoes I have were given to me by a friend. We sleep in the shamba and it is cement. We have pain in the morning. And what they give us as food is bad, too bad. There is no soap. We pray God every day to be free soon." 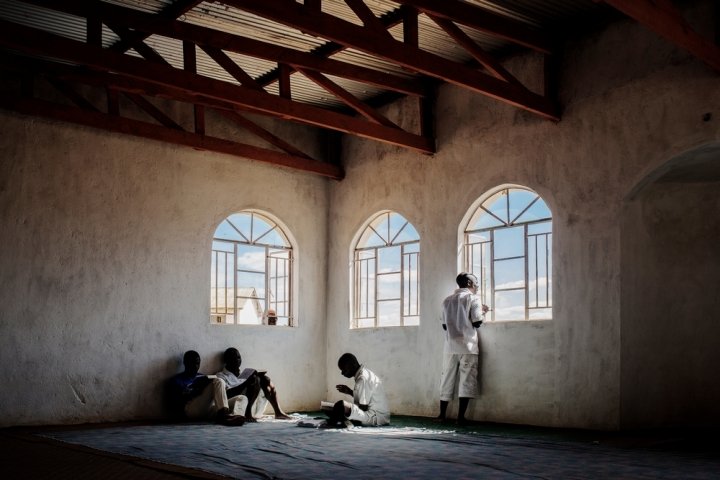 Tasfaya Lanago (centre, right) is 18-years-old. He left Ethiopia in search of a better life and arrived in Malawi in December 2014. Upon arrival in Malawi he was arrested for illegal entry and sentenced to six months imprisonment at Maula prison in February 2015.

"The place where I come from is mainly countryside and people farm. In my family, we are eight children, five boys and three girls. Only my father works, he has a small business selling things. Most of my brothers go to school, I decided to move out as there was no food there.

"I worked in South Sudan, in Kastam, for two years. I was moving around, doing whatever I found: farming, small shops, and transporting goods. But there is not a peaceful country. And it is not easy to have stable job: people don’t like us to stay, and they is always war.

"I got enough to move again, and through South Sudan I went to Uganda and then to Kenya. I had a little money, enough to pay a truck to Tanzania. I wanted to go to South Africa because there I can work and get real money.

"When I arrived in Malawi I was caught. We were stopped by the Police in Deza. They brought me to the Police Station where I stayed for three days, when Immigration came. Here in Maula, Immigration always says: 'You will be repatriated! Tomorrow, tomorrow…!' It’s months I am here; nine months I think."