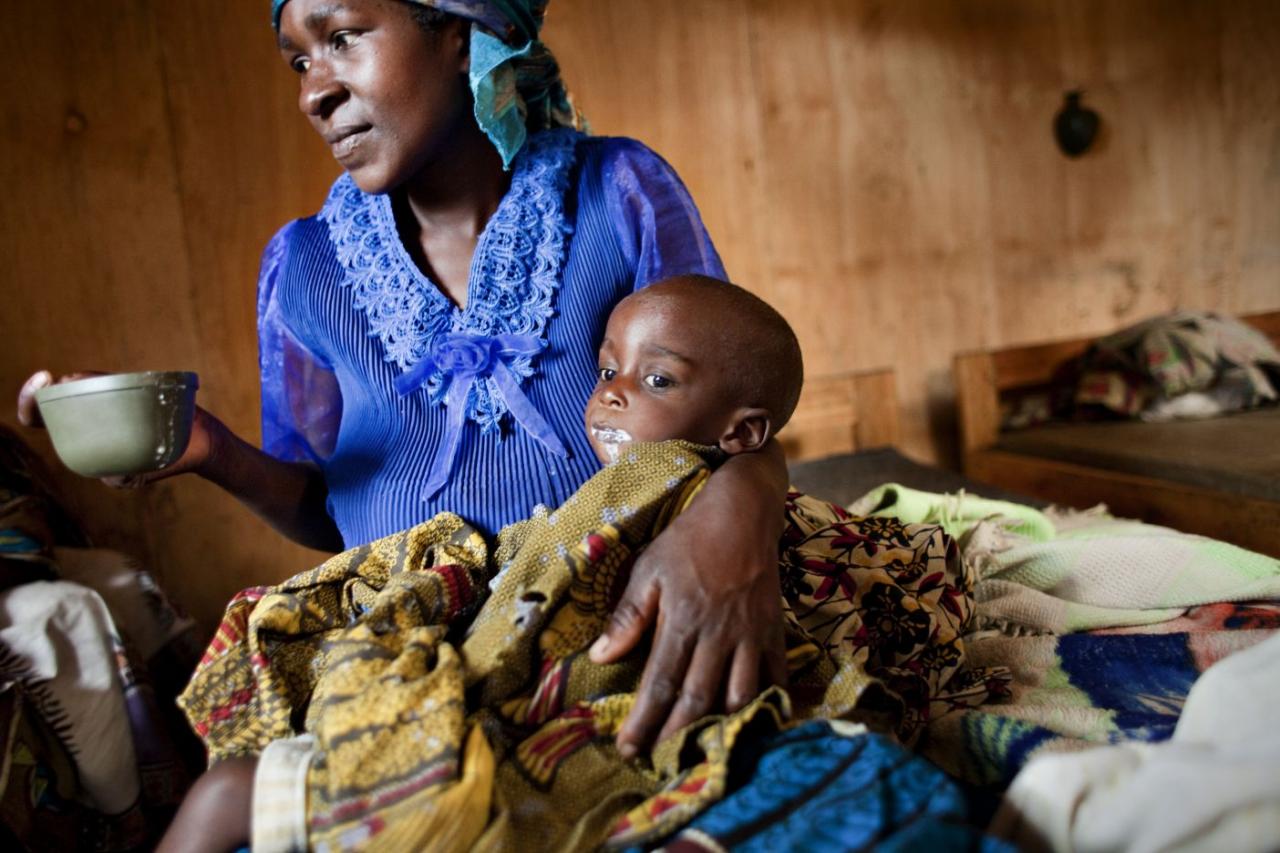 Malnutrition—a preventable and treatable condition—afflicts an estimated 195 million children worldwide, and is the underlying cause of at least one-third of the eight million annual deaths of children under five years of age, the vast majority of which occur in the developing world.

Youngest are most Vulnerable

Children under the age of two are the most vulnerable, and without access to nutrient-dense foods necessary for growth and development, such as highly effective ready-to-use supplementary foods now available, they will suffer debilitating lifelong consequences.

“It’s been proven beyond any doubt that getting nutritionally appropriate foods to young, vulnerable children saves their lives, yet the global food aid system has not fully caught up with the revolutionary gains made in nutrition science,” said Dr. Unni Karunakara, MSF’s international president.

The bulk of international food aid shipments, including those to countries with a high burden of malnutrition, such as parts of sub-Saharan Africa, are comprised of corn-soy blend (CSB) fortified flours, which do not include the vital nutrients and proteins growing children require.  The United States alone annually ships approximately 130,000 metric tons of sub-standard CSB—grown and processed on American farms—to the developing world.

“Many countries, including in Europe, have successfully addressed malnutrition at home by relying on strategies that ensure the most vulnerable have access to nutrient-dense foods,” said Dr. Karunakara.  “But we’re still waiting for them to apply the same strategies and focus to the foods that they send abroad as food aid.”

Some key food aid players have begun to change.  The World Food Programme, for example, now uses supplementary foods that meet the nutritional needs of children under two as the cornerstone of its interventions in medical emergencies. Such products played a key role in 2010 in the responses to the nutritional crisis that hit Niger, the floods in Pakistan, and the earthquake in Haiti. And donor nations and aid agencies have improved the quality of foods sent to Somalia and Kenya in response to current nutrition crises there.

Yet malnourished children living outside of these high-profile emergencies continue to receive products from major international food aid donors that do not meet their specific nutritional needs.

“High profile emergencies, such as those in Somalia and Kenya today, represent just the tip of the malnutrition iceberg,” said Dr. Karunakara.  “Most malnourished children are invisible, and they should not have to become victims of war or natural catastrophes in order to have access to the foods they need.”

European countries are among the biggest food aid donors in the world.  While some European countries have individually begun to include appropriate products in food aid, the European Commission (EC) is lagging behind. Despite repeated pledges to meet the nutritional needs of children less than two years of age in countries where it sends food aid, the European Commission (EC) has yet to publish clear guidelines about how it intends to implement such needed reforms.

“The EC needs to move past general expressions of intent and show that it is serious about improving the quality of European food aid,” said Dr. Karunakara.  “Ensuring proper nutrition for malnourished and at-risk children has shown to save lives.”

“Children cannot afford the delays caused by having to demonstrate the safety and efficacy of these new specialized foods with every single government from one crisis to the next,” added Dr. Karunakara. “This only serves to delay the initiation of lifesaving programmes.”

In June 2010, MSF and the VII Photo agency launched “Starved for Attention,” a multimedia campaign exposing the neglected and largely invisible crisis of childhood malnutrition.

VII photojournalists travelled to malnutrition “hotspots” around the world—from war zones to emerging economies—to shed light on the underlying causes of the malnutrition crisis and innovative approaches to combat this condition, producing eight documentaries, which can be viewed at www.starvedforattention.org.