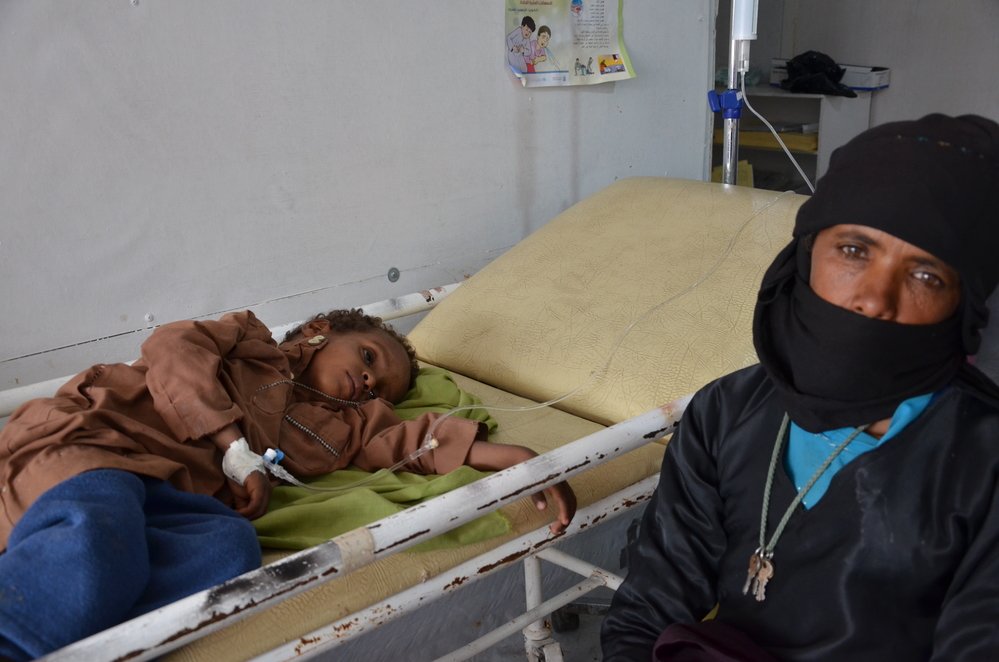 Yemen: Cholera outbreak threatens to get out of control

As cases of cholera and acute watery diarrhoea rise across Yemen, Médecins Sans Frontières (MSF) warns that the outbreak is threatening to get out of control and calls for an urgent and appropriate response.

At the end of May, the World Health Organization reported over 50,000 people affected by cholera in the country.

The conflict has resulted in a broken healthcare system, poor levels of sanitation, and low levels of safe drinking water, exacerbating an outbreak of cholera among the population.

Since 30 March MSF teams have treated 12,181 patients across seven governorates (Amran, Hajja, Al-Dhale, Hodaidah, Ibb, Taiz and Sana’a). A delivery of more than 63 tonnes of supplies has arrived, boosting our response. 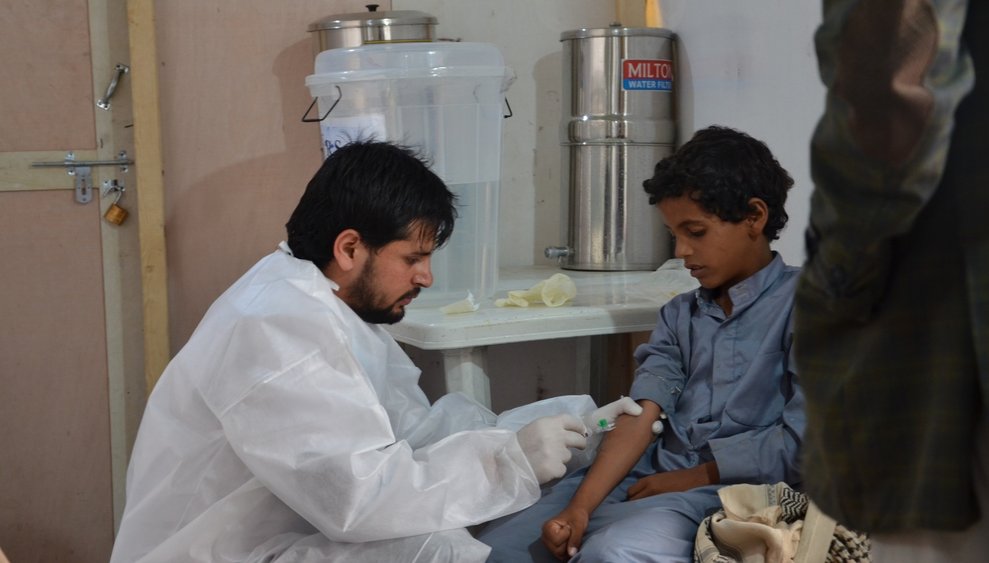 An MSF nurse administering an IV fluid for a nine year old boy showed dehydration symptoms due to cholera. MSF cholera treatment center receives between 50-100 patients a day since the beginning of May 2017

“The fast spread of the current outbreak is extremely alarming,” says Ghassan Abou Chaar, MSF’s head of mission in Yemen. “Before the outbreak, the health system was already overstretched and people’s health needs were already huge. To bring the outbreak under control, it won’t be enough simply to treat those people who reach medical facilities. We also need to address the source of the disease, by improving water and sanitation and working in communities to prevent new cases.”

Impact of the war

The war in Yemen, which escalated in March 2015, has had a serious impact on the country’s already weak health system. Many health facilities no longer function, and there are shortages of medications, including intravenous fluids and oral rehydration salts, both essential for the treatment of cholera. 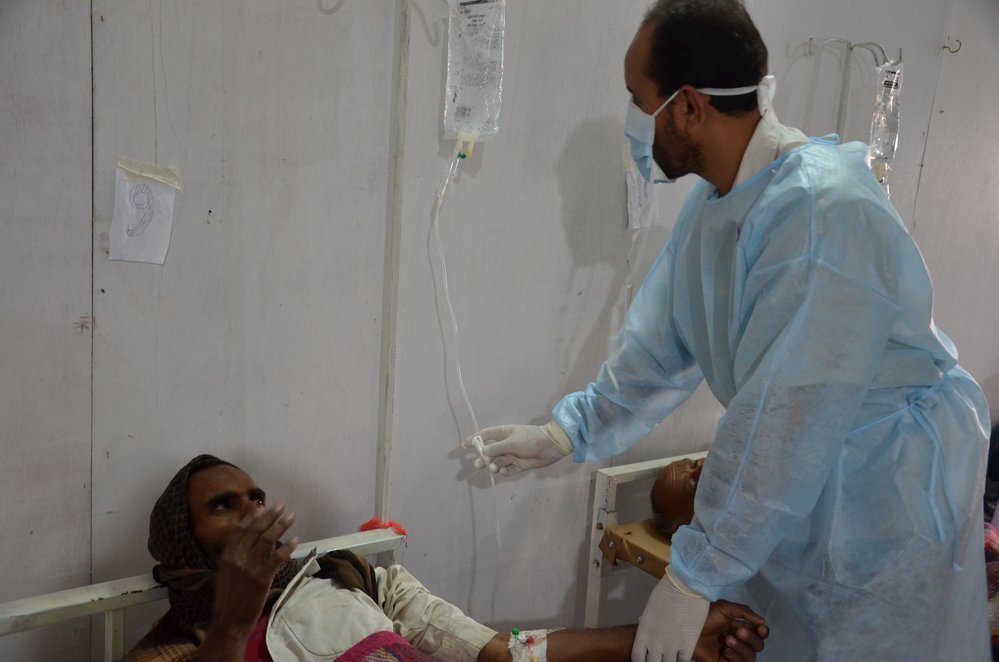 Efforts to treat patients are also hampered by staff shortages. Medical staff in Yemen have received no salaries since September 2016, and many have been obliged to find other types of work to support their families. Meanwhile, insecurity hampers the ability of aid organisations to reach some of the affected areas.

MSF calls for imports of medical supplies into Yemen to be facilitated, and for Yemeni medical staff to be paid incentives so that they can carry out their work. MSF also calls on all parties to the conflict to ensure that medical and humanitarian workers are able to reach the affected areas in order to run medical facilities, treat patients and bring the outbreak under control.

In Yemen, MSF teams are directly providing healthcare to patients in 13 hospitals and supporting more than 25 hospitals in 11 Yemeni governorates.

more on our work in yemen >