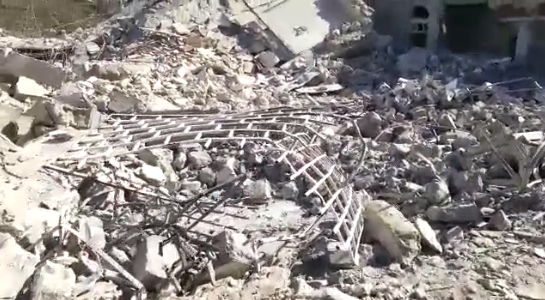 Yemen: Death toll rises to six, one week after Shiara hospital was hit by a projectile

Yemen: Death toll rises to six, one week after Shiara hospital was hit by a projectile

The number of dead caused by a projectile that hit the Shiara hospital in Razeh in the north of Yemen last week has risen to six, after a critically injured patient died last night in the MSF hospital in Saada town after being in the ICU for six days. The medical team did all that they possibly could, but the condition of the patient was extremely critical upon arrival to the hospital.

The blast initially caused the death of five people, while eight were injured, two of them critically. While those critically wounded were transferred to the ICU in Saada, the rest were treated at the premises of the hospital in Razeh.

"We extend our condolences to the victim's family while again we condemn the fact that a hospital has been targeted as part of the conflict ravaging this country for the last ten months. We need to repeat over and over again that the civilian population, the medical staff and the medical facilities should be protected during  this conflict. One week after the incident, patients and health workers are still scared to go back to the hospital, the consequences of attacking hospitals inflict a terrible toll for the population to pay", says Juan Prieto, general coordinator of MSF projects in Yemen.

Read more about the essential work of MSF in Yemen