Inside al-Kuwait hospital in Sana’a a chain-link fence separates two worlds. There is the world outside the fence where a strange disease is little acknowledged by the authorities and often not believed in. Inside the fence, with the wards full of people breathing desperately from oxygen cylinders, the reality of COVID-19 is hard to avoid.

"The disease is really scary"

“I had a heavy cough, and I saw a doctor who told me I might have COVID-19. After a week, my oxygen levels was getting less and less and I started to faint."

"I was admitted to the intensive care unit and had to stay there 16 days. The disease is really scary.”

"We live in a country that’s at war, there is no good health system, the situation in general is deteriorating"

Khaled said another reason that he was so scared was because he knew that in Yemen the options for healthcare are limited – six years of war have seen the healthcare system collapse, and large parts of the country have no capacity at all to respond to the COVID-19 outbreak that is moving from town to town, village to village. 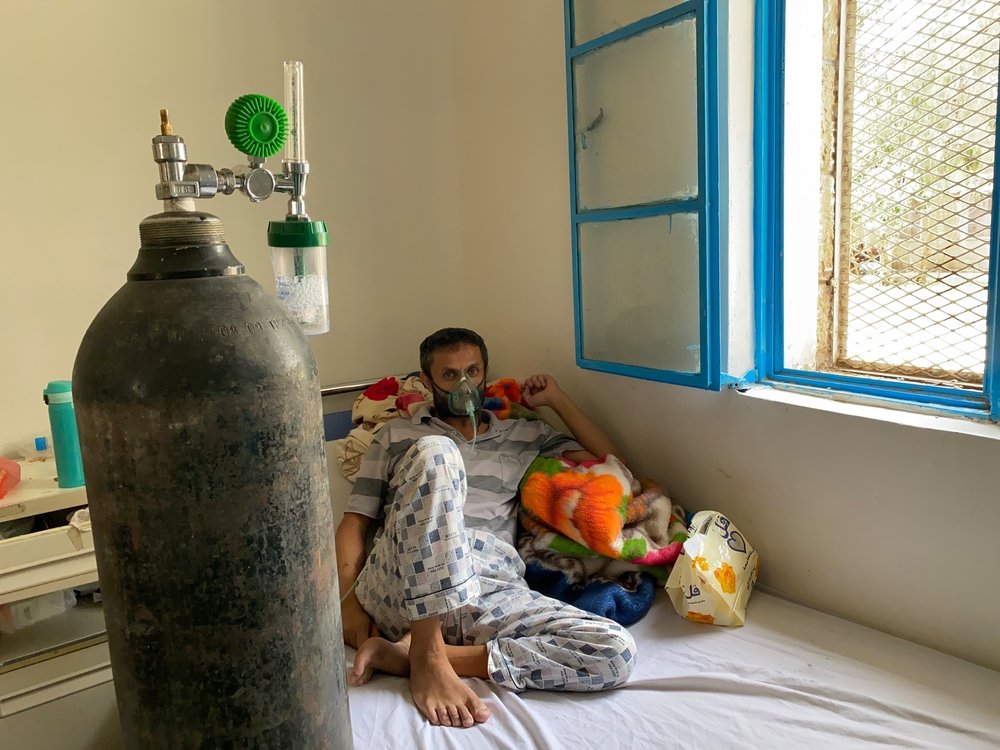 “We live in a country that’s at war, there is no good health system, the situation in general is deteriorating,” said Khaled.

“These medications that I got treated with would have cost around $8500. I would never have been able to pay that."

"I would have died.” 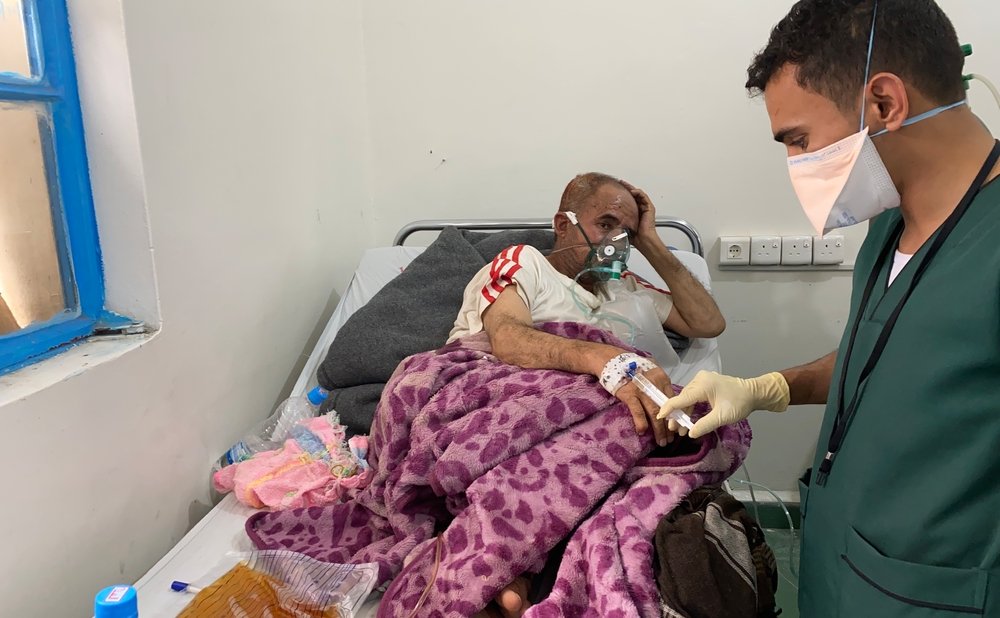 "Those who cannot pay are left to their own fate"

The COVID-19 treatment centre run by Médecins sans frontières / Doctors Without Borders (MSF) at al-Kuwait hospital is one of the very few places in Yemen where COVID-19 care is available for free. 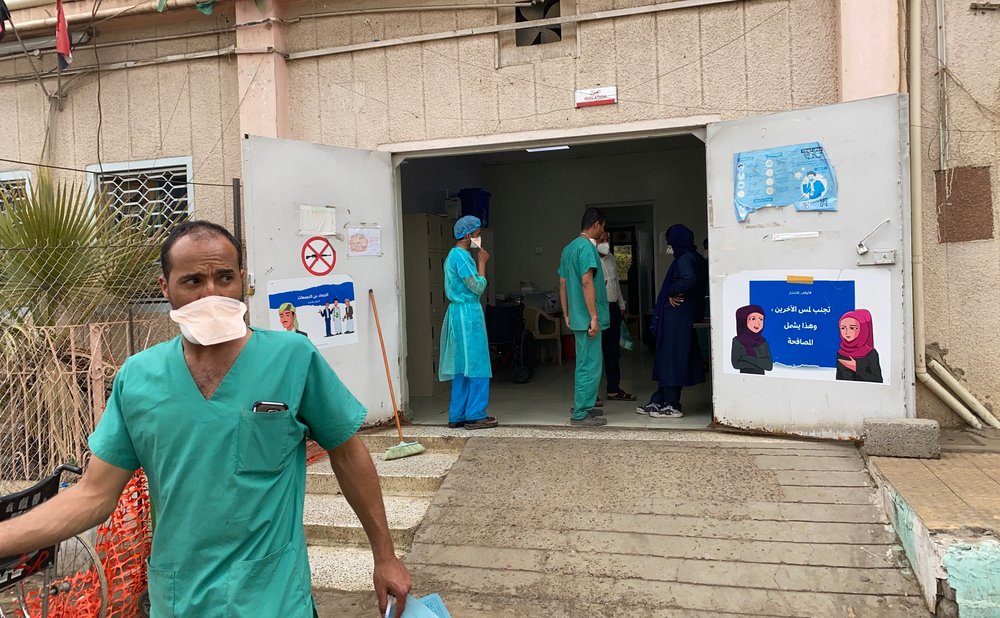 Its 64-bed ward and 15-bed ICU have been full since the beginning of April as the second wave of the disease has hit, with people often also waiting in the 8-bed ER for a space.

The centre has seen a constant stream of death amongst the old and amongst those people with chronic diseases such as diabetes. 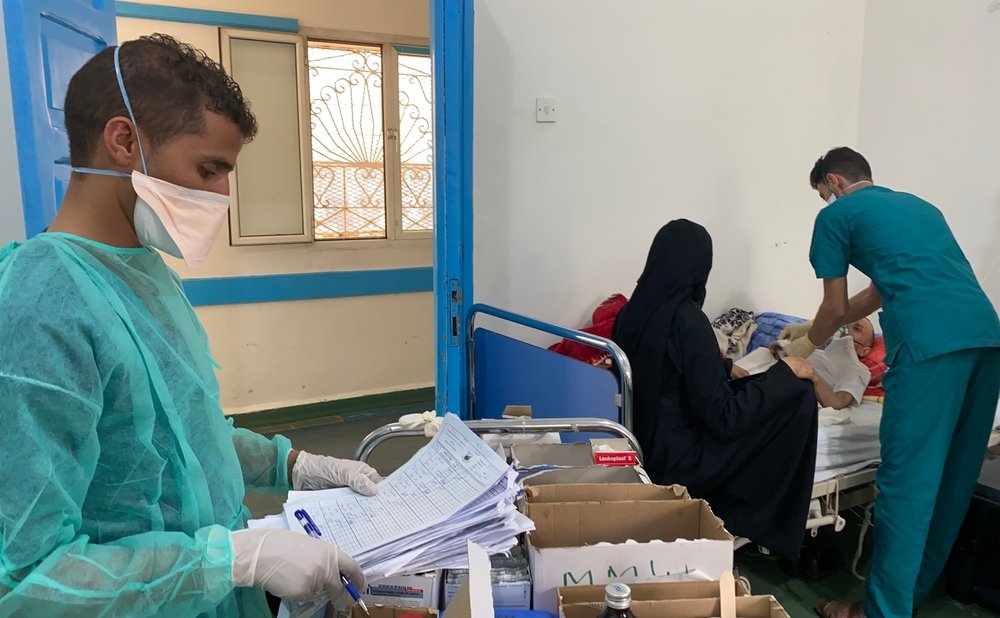 “When my father Mohammed got sick I took him to the hospital in Rada’a, but they could not do anything for him there,” said Ali, 36, from al-Bayda, a governorate more than 100km south-east of Sana’a.

“I drove him to Dhamar, which took three hours, and all the way I was constantly shifting my gaze between the road and my father, I was so worried about him.” 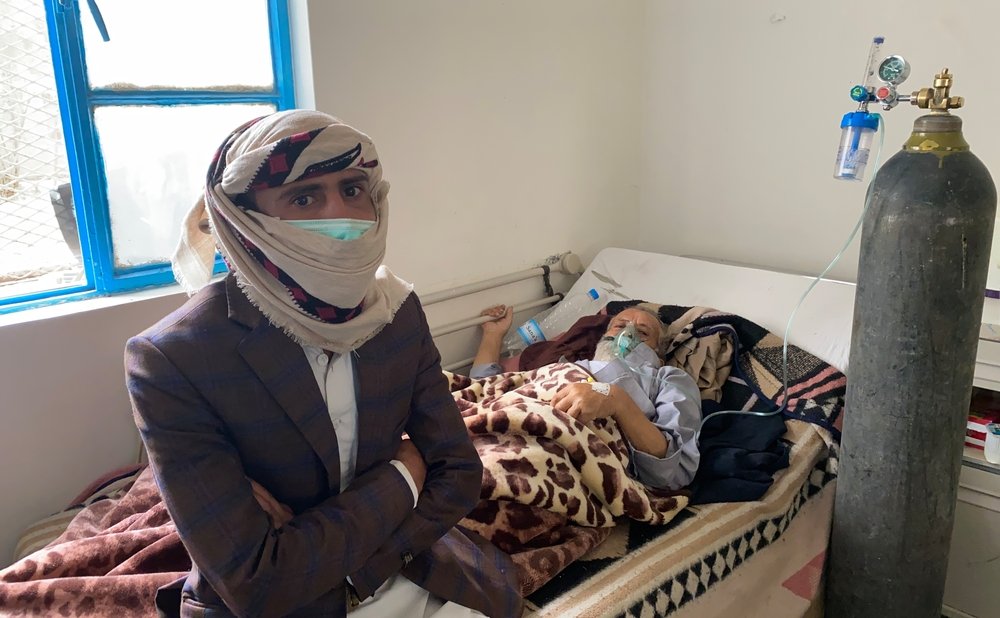 In Dhamar Mohammed did not find a hospital that could treat his father either, and so he had to hire an ambulance to bring him to Sana’a, yet more hours away.

“I was thinking that he would never make it.” 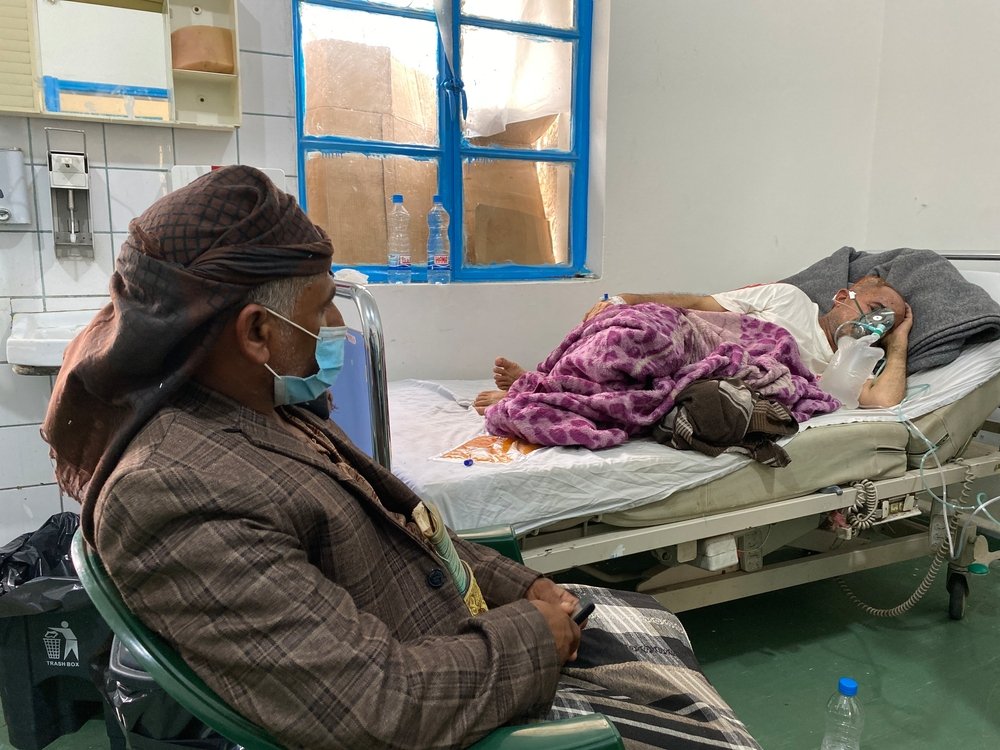 “We drove with our own car from Rada’a to Sana’a, which took around four hours. We tried to find an oxygen bottle to use for the trip, but we could not find one anywhere. In Rada’a there are a lot of people sick.” 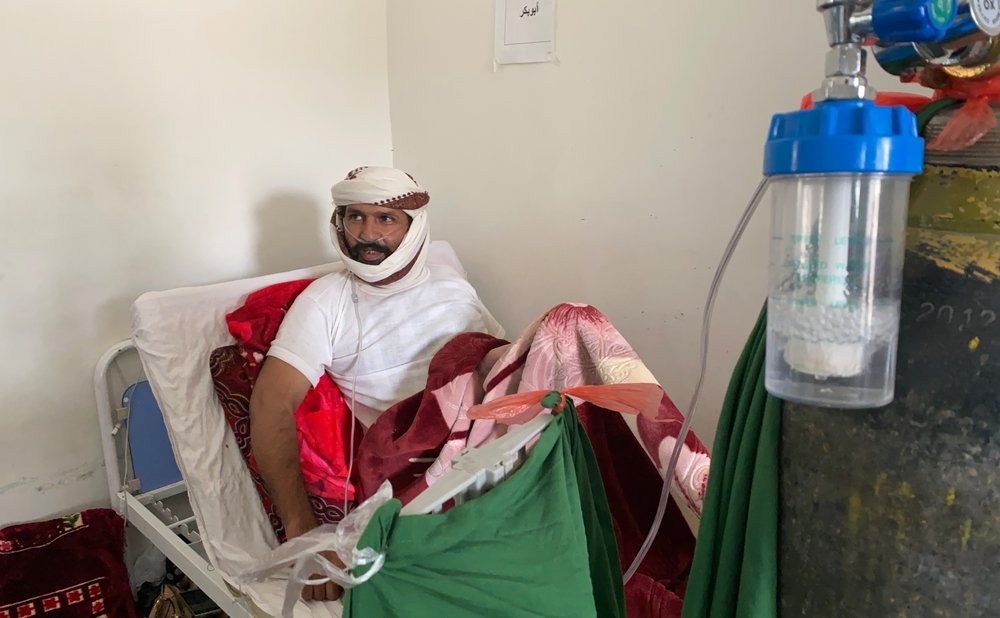 MSF/Hareth Mohammed
Mohammed al-Jawfi, 40 from al Bayda. "We really thank them for all the work they do for us. We are receiving medical care 24/7 with all medications provided and oxygen. I have been in al-Kuwait for around 18 days now and thanks to God I am feeling better."

The families arrive in a steady stream at the ER entrance in front of the fence: in taxis, in old cars, the sick people nearly prostrate with fatigue, sometimes hooked up to an oxygen bottle and helped into a wheelchair before being admitted.

"The needs are huge, it’s a real struggle to provide all this oxygen"

And these are the lucky ones: the families that can afford the huge sums of money necessary to come from places as far away as al-Bayda and Hajjah governorates. 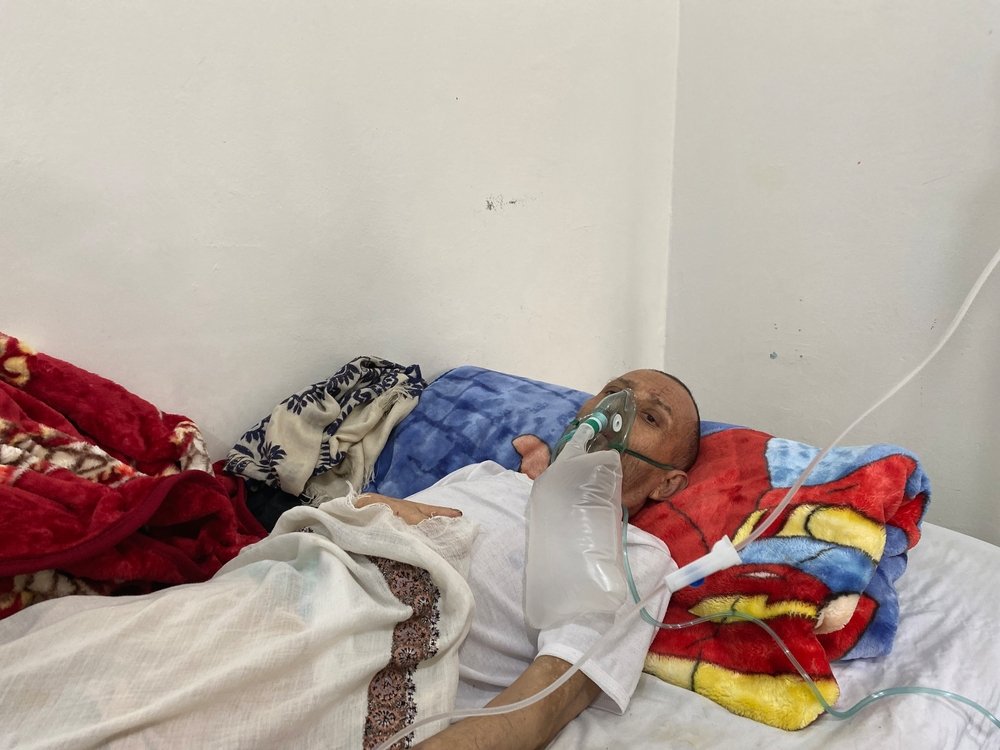 Those who cannot pay are left to their own fate: how many of them there are, no one knows.

“There are many critical cases with symptoms of COVID-19 coming from far away,” said Mohammed al-Ghabri, MSF’s Medical Referent for the treatment centre. 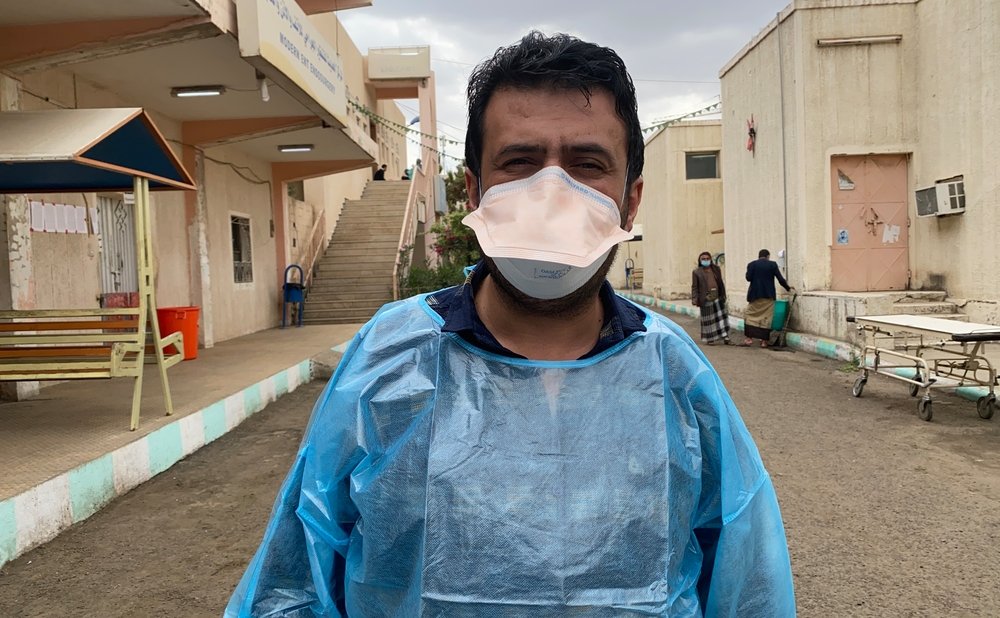 “Both our male and female wards are full, and we are using 500 oxygen cylinders a day in addition to the oxygen plant. The needs are huge, it’s a real struggle to provide all this oxygen."

"Mistrust and fear of medical facilities is still widespread"

"But at least this year the disease is more familiar, we know how better to treat people.” 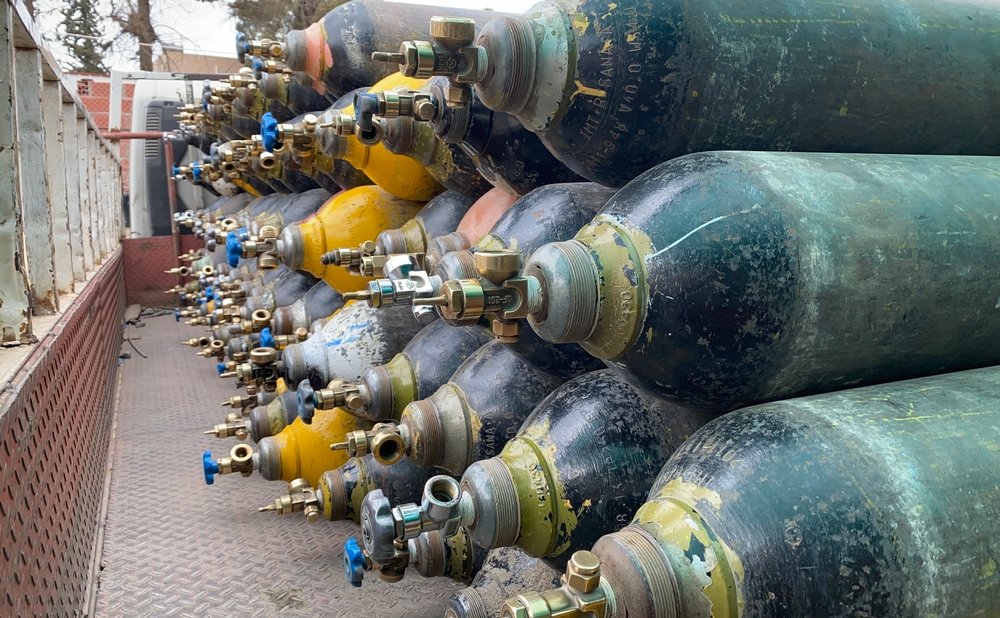 Mistrust and fear of medical facilities is still widespread.

“The biggest mistake I made was just bringing medicine for him from the pharmacy,” said Saif of his father, Saleh, 65. 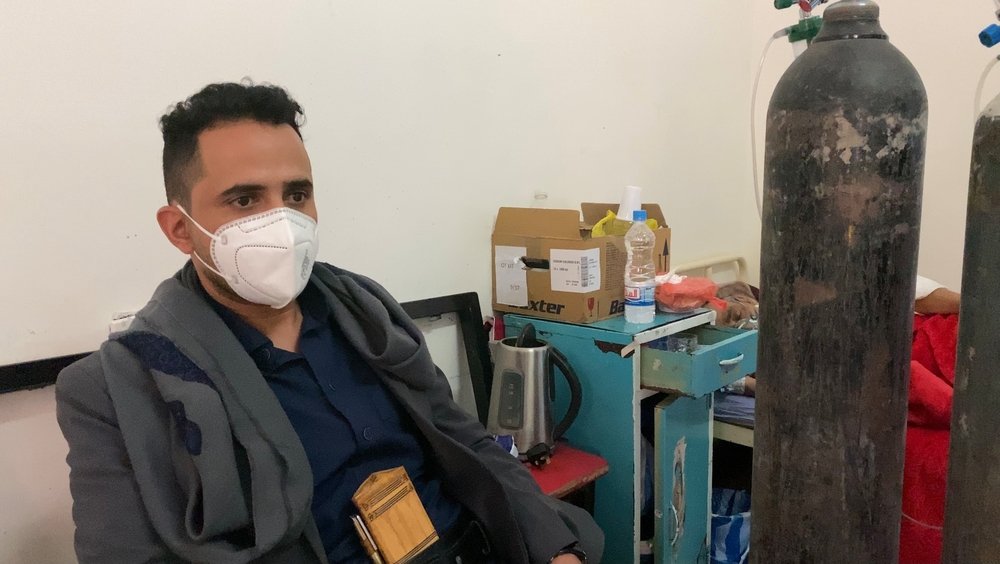 “I should have got a medical consultation for him. But even when I brought him to al-Kuwait the first time, they said he needed to be admitted but I didn’t want him to be in the hospital."

"I thought to have a nurse come for him at home would be enough. Eventually I was forced to bring him back here.” 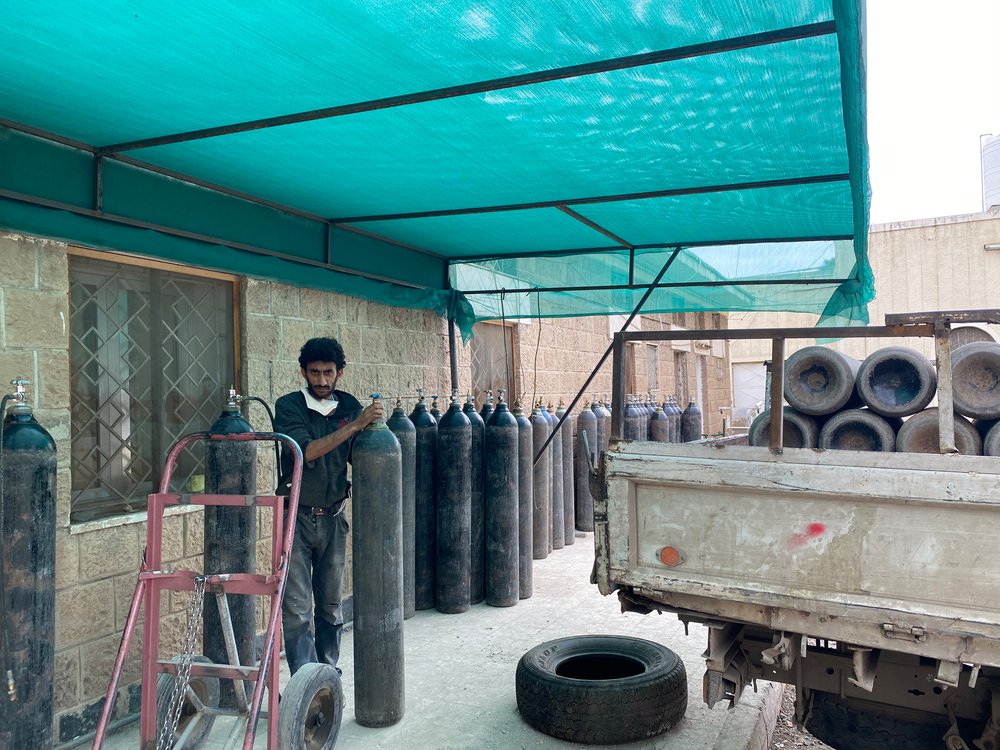 With little information made available by the authorities in northern Yemen about COVID-19, people are left to decide for themselves how seriously to take the disease and what to do if they or one of their loved ones get sick.

“Last year I didn’t really believe that there was COVID-19,” said Saif.

“When I saw my dad, when I saw the other patients here, I really began hoping that this disease will stop spreading. It is a hellish illness.” 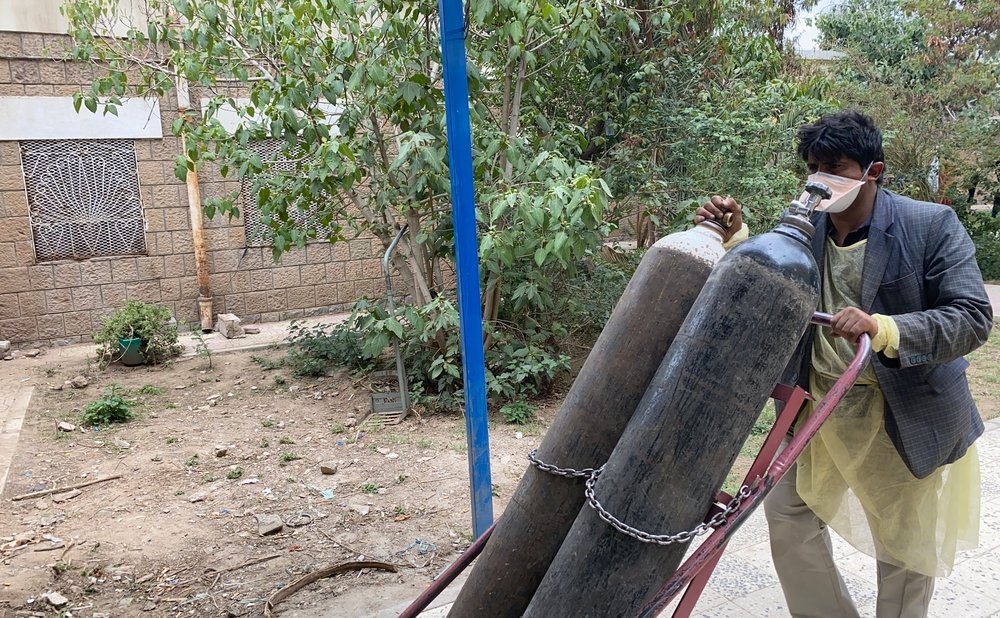 “I wasn’t really aware of what COVID-19 was and so I did not take precautions” said Khaled.

“Now I know I have to apply these measures and protect my family because I have already experienced death: I don’t want any of them to get sick.”