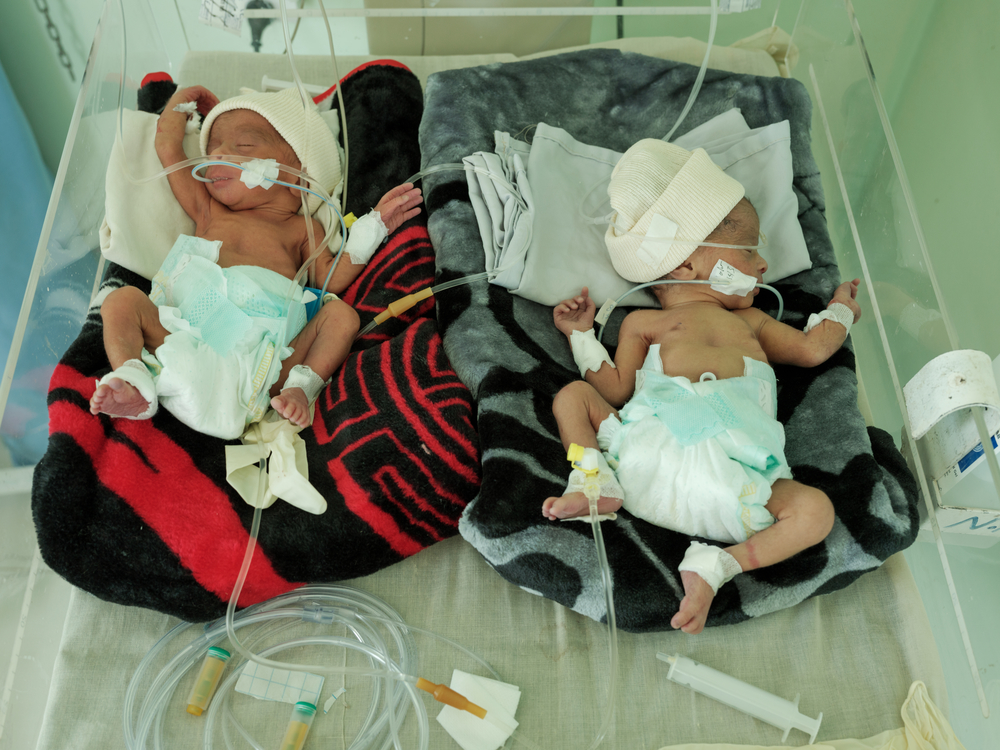 Yemen: Mothers and children left to die without access to medical care

Many expectant mothers experiencing complications in childbirth and parents of sick children are unable to reach medical care in Yemen in a safe and timely manner, often with deadly consequences, a report by international medical organisation Médecins Sans Frontières/Doctors Without Borders (MSF) has found.

MSF’s new report, Complicated delivery ­– The Yemeni mothers and children dying without medical care, outlines the impact of the war on pregnant women, new mothers and children under fifteen – who are some of the most neglected and vulnerable people in Yemen – as observed by MSF medical teams working in Taiz and Hajjah governorates.

Four years into the conflict, the warring parties in Yemen and their international backers have brought about the effective collapse of the country’s public health system, which cannot meet the needs of Yemen’s 28 million people.

Between 2016 and 2018, 36 mothers and 1,529 children died – 1,018 of whom were new-borns – in MSF’s Taiz Houban hospital, in Taiz governorate, and the MSF-supported Abs hospital, in Hajjah governorate. Of the deaths in Taiz Houban, almost one-third were children and new-borns who were dead on arrival. Many new-borns brought to MSF for care had a low birthweight or were born prematurely, at home or in small private clinics. The most common causes of deaths in neonates were prematurity, birth asphyxia and severe infection (sepsis). 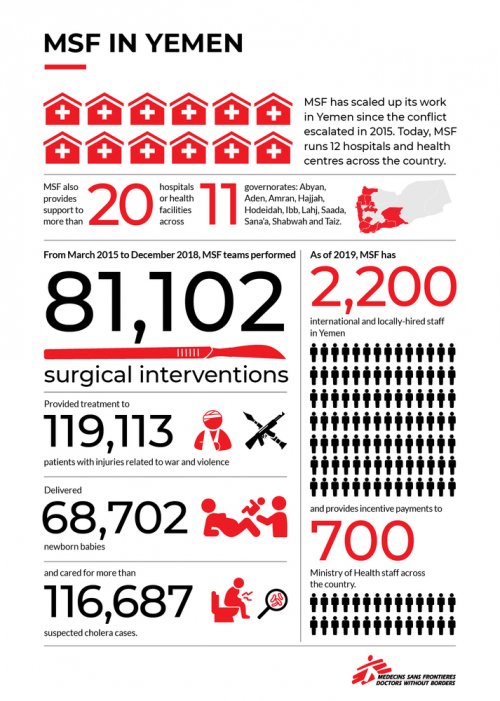 The high numbers of deaths are linked to a number of factors, with most being from a direct result of the war. These include the lack of functioning health facilities in Yemen, people’s difficulties in reaching them, and their inability to afford alternatives. Many people have to cross frontlines, pass through no-man’s land or negotiate their way through multiple checkpoints in order to reach a hospital that is still functional.

Some of the mothers and children admitted to Taiz Houban hospital travelled across frontlines to get there. This exposes them to physical danger and increases journey times exponentially. Before the conflict, residents of Houban, on the outskirts of the city of Taiz, could reach a public hospital in the city centre in 10 minutes; the journey now can take six hours.

“This distance from medical care is a big problem,” says MSF midwife Sadeqa, in Abs hospital. “Patients are prevented from travelling because of airstrikes and clashes, and they do not go out at night because they are afraid they could be attacked. Once a car was hit by an airstrike, killing everyone inside.”

Only this week, an MSF supported hospital in Taiz City was forced to temporarily suspend its medical activities because of renewed heavy clashes within the city. The violence resulted in the shutdown of the only remaining public hospital in the area providing maternal healthcare and is now blocking access for medical humanitarian staff from getting to and from the hospital.”

“The safety and security situation not only affects people in need of medical care, but it also affects medical staff providing the care,” says MSF’s Yemen Operation Advisor, Jana Brandt. “Our hospital staff prefer to work a 14-hour night shift to an eight-hour day shift so as to avoid travelling at night due to insecurity on the roads.”

As well as fearing insecurity on the journey, people also fear the hospital itself may be attacked – a feature of the war in Yemen so far.

“Abs hospital itself was hit before, and the whole Abs area has suffered many airstrikes over the course of the war,” says MSF mental health manager Khattab. “People are afraid they will be attacked on the road or that the hospital will be hit again. Many [of those patients who do reach us] show symptoms of post-traumatic stress disorder.”

The barriers preventing mothers and children from reaching hospital are underpinned by the economic vulnerability faced by many families. Before the escalation of the conflict in 2015, most medical services in Yemen were provided by private health facilities, which were relatively affordable. Today, the ability of Yemenis to access healthcare of any kind has dramatically diminished, as the conflict has ravaged the economy and devalued people’s savings, leaving the vast majority dependent on what limited public healthcare is available.

The desperate situation for mothers and children in need of medical care is not limited to Taiz and Hajjah governorates, but is happening across the country, particularly in those areas most affected by the war.

In the new report, MSF reiterates calls on all warring parties to ensure the protection of civilians and health workers, and to allow the wounded and sick to access healthcare and ease their restrictions on humanitarian organisations to be able to respond to the massive needs in a timely manner. MSF also calls on international aid organisations to scale-up their humanitarian response, increasing the number of experienced staff sent to areas where the needs are greatest, ensuring that supervision and quality of aid is delivered in a timely manner.