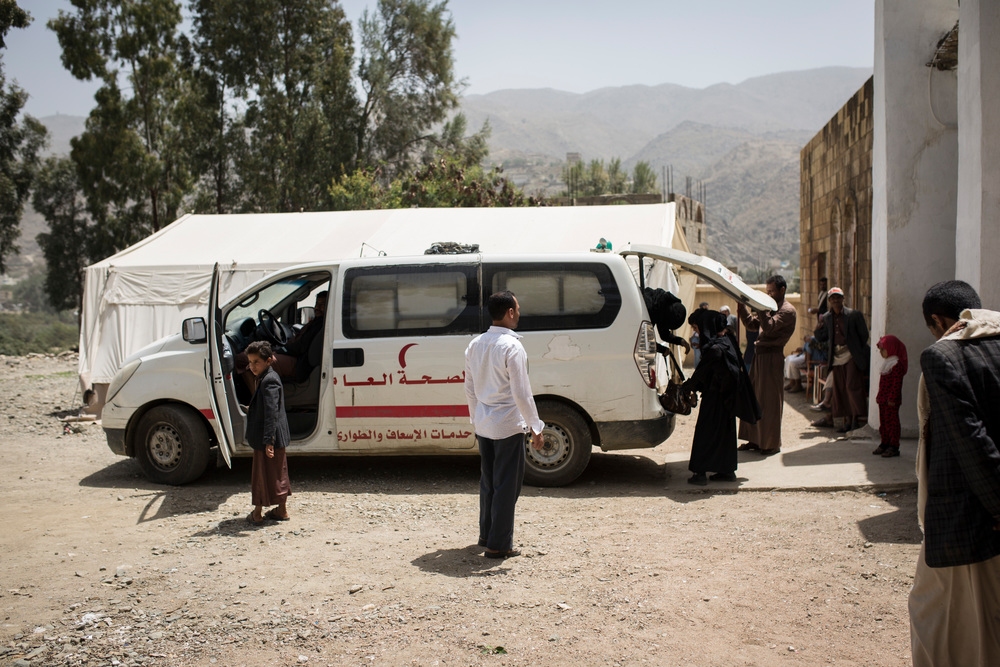 Yemen: MSF condemns airstrikes on a wedding party in Hajjah

Médecins Sans Frontières/ Doctors Without Borders (MSF) has received 63 casualties in a hospital it supports in Hajjah, following a series of night-time airstrikes by the Saudi and Emirati-led coalition on a wedding party that took place in a remote, impoverished village in Bani Qays district in Yemen, on Sunday 22 April.

“Attacks on civilians are a serious violation of international humanitarian law. What happened in Bani Qays is appalling; among the 63 wounded our teams have treated, 13 are children. These people arrived at the hospital in garlands traditionally worn to celebrate marriage. None were armed or arrived in military uniform,” said João Martins, MSF head of mission in Yemen.

Airstrikes on a wedding party

The hospital in Hajjah received its first patients at midnight, after the strikes occurred around 11pm. The wounded were initially carried away from the scene by donkeys, as the only two cars in the village were damaged in the strikes. The first responders and two ambulances from the MSF-supported hospital eventually arrived in the village, but were severely delayed because the aircrafts circling overhead raised the spectre of more strikes.

I was inside the tent when I heard the airstrikes. After that I fell down and lost consciousness. When I woke up, I saw people running away from the tent. I had been inside with my brother and the groom is my friend. One of my cousins died in this attack
KAMAL12-YEAR-OLD

Darees, who had also attended the wedding, left 20 minutes before the attack. When he returned he was confronted with a chaotic scene and dismembered bodies on the ground, covered in blood. Children, he said, were frantically searching for their parents. “Some of the dead bodies were children. Children were playing outside while their parents attended the wedding inside the tent. That’s when the attack happened,” he said.

At Hajjah hospital, the ambulances arrived with as many as six patients at a time. The injured had mainly lost limbs and suffered shrapnel wounds. At least three patients required amputation, including two brothers, who each lost a foot. By early morning, many residents of Hajjah had come to the hospital to donate blood. In two hours, 150 bags were collected to treat the wounded.

“Warring parties to the conflict must respect the principles of distinction, proportionality and precaution: it is prohibited to launch such attacks which may be expected to harm civilians. The rules of war have constantly been violated in Yemen. All warring parties must commit to protecting civilians, and all parties fuelling the conflict by selling arms should uphold their responsibility to ensure that international laws established to protect civilians are respected,” Martins added.

find our more about our work in yemen >