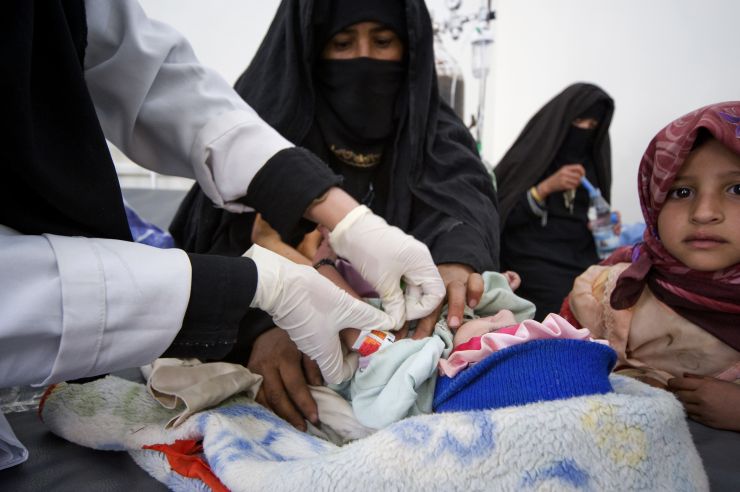 On 15 September, the Executive Council in charge of humanitarian affairs in Saada announced new conditions under which all humanitarian and non governmental organisations have to work in this region.

These new conditions include an end to all independent assessments of medical needs within the governorate, a ban on international staff supervising activities and the obligation to replace all Ministry of Health staff working with MSF with staff proposed by the Executive Council, amongst others measures.

“These new conditions would greatly affect our possibility to guarantee the quality and effectiveness of our work”, says Dr Vipul Chowdhary, MSF representative in Yemen. “We had no choice but to suspend our activities”.

The organisation is currently willing to engage in discussions with local authorities to define acceptable conditions in which to run independent humanitarian activities.

“We hope to find a common ground with local authorities in order to restore previous conditions which have allowed us to provide valuable medical services for the past four years. MSF is willing to continue its medical emergency activities for the sake of the population”, says Dr. Chowdhary.

MSF has been running medical activities in war-torn Saada governorate since 2007. After the ceasefire of February 2010 put a stop to hostilities between the Yemeni government and the forces of Al Houthi, MSF was able to restart and develop its activities in several areas of the governorate.

In the first six months of 2011, almost 20,000 outpatient consultations were provided in Al Talh hospital, with an average of 30 emergency consultations each day. Between February and August 2011, MSF teams performed 428 surgical interventions. MSF has also been running primary healthcare activities, including antenatal care for pregnant women and screening for malnutrition in children, in Al Talh and Razeh hospitals and in four health units in Saada governorate.
MSF activities in Al Talh and Razeh were suspended respectively on September 21 and 26.

MSF does not accept funding from any government for its work in Yemen and relies solely on private donations.