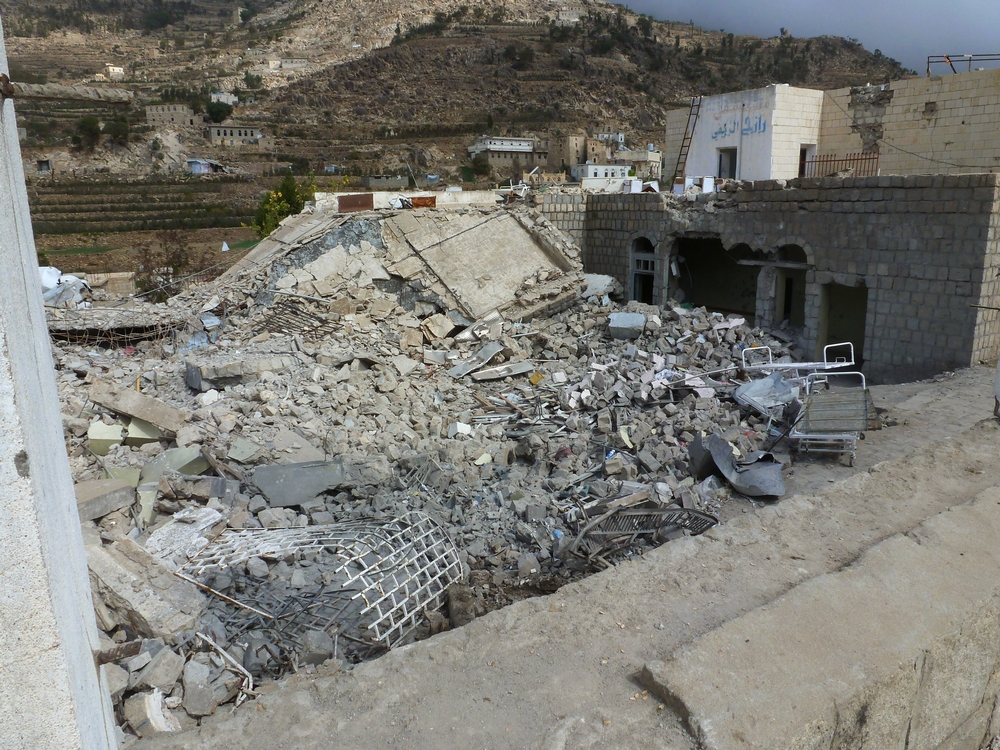 The newly-released findings of the Joint Incidents Assessment Team (JIAT) – the UK and USA-supported body appointed by the Saudi and Emirati-led Coalition (SELC) to investigate incidents in Yemen – have once again failed to provide true accountability for the victims of strikes on protected medical facilities in Yemen.

The JIAT’s latest findings, released in a press conference on 23 October 2019, relate to an incident that took place on 10 January 2016 in which the MSF-supported Shiara Hospital in Razeh, northern Yemen, was hit by a projectile. The strike killed six people and injured eight. In its findings, of which there is no written report available, the JIAT blamed the incident on “a projectile malfunction that led to a deviation from the target,” and recommends “voluntary assistance on casualties and material damage.” MSF’s own investigation into the incident, completed in March 2016, concluded that there was no justifiable or legitimate reason for the attack, as the hospital remained protected in line with international humanitarian law, including in cases of error and negligence.

Such a finding from the JIAT highlights the failure of parties to the conflict in Yemen to take the necessary measures to ensure that protected medical facilities are not hit. It also follows a depressingly predictable pattern in which accountability is dodged by blaming either the victims of an attack or malfunctions that relieve the SELC of any culpability. In another press conference held in January 2019, the JIAT attempted to shift responsibility for a June 2018 strike by the SELC onto MSF, falsely accusing the organization of failing to take the appropriate steps to avoid being targeted. The strike resulted in the near total destruction of a newly-established Cholera Treatment Centre in Abs, which had been due to serve a catchment population of more than 1 million people. 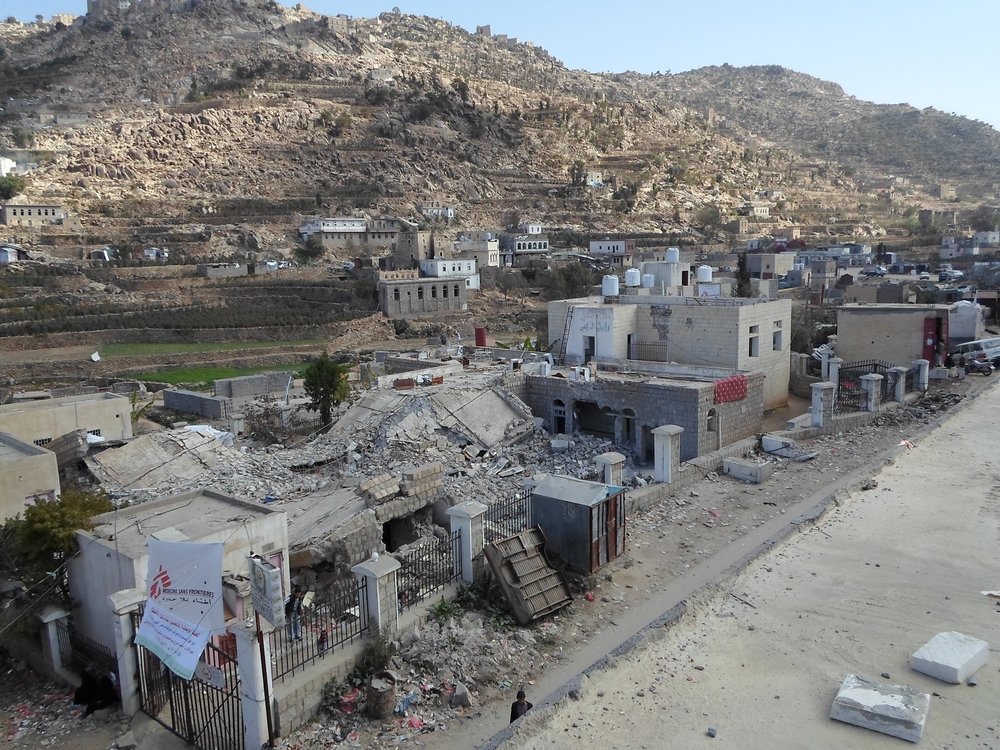 MSF
The Shiara hospital, an MSF-supported facility in Razeh district (Northern Yemen), was hit by a projectile in northern Yemen on January 10thm resulting in five deaths, eight injured and the collapse of several buildings of the medical facility.

Despite repeated calls by humanitarian actors for credible investigations into such events, the JIAT has consistently failed to report promptly and transparently on its findings, leaving both humanitarian agencies and individual victims of SELC attacks with no recourse to justice or accountability. Its recommendation in this instance for the provision of “voluntary assistance” amounts to a vague, inadequate pledge that comes three years too late.

Attacks that violate international humanitarian law – such as those that target protected medical facilities and civilian sites (like the 2018 bombing of a school bus and the 2019 strike on a prison in Dhamar) – are routinely perpetrated with impunity by all parties to the conflict in Yemen, and result in injury, death and displacement for the civilian population. Such strikes not only have direct consequences for those who lose their lives or are injured in the attacks: they also impact the population by preventing humanitarian actors from doing their jobs and thus reducing the availability of critical humanitarian aid, even as needs continue to soar.

MSF facilities have been hit five times by SELC airstrikes since March 2015. With only half of health facilities in Yemen fully functional, more than 11 million people in acute need, and outbreaks of cholera and other easily preventable diseases occurring regularly across the country, access to medical facilities is crucial for the civilian population.

MSF reiterates once again the urgent need for truly independent investigations, conducted in a transparent and timely manner and resulting in shared, written reports that enable real accountability. MSF also calls on all parties to the conflict to urgently take the necessary steps to respect the neutrality and protected nature of the humanitarian medical mission, and to avoid damaging or destroying medical facilities and the loss of civilian lives.