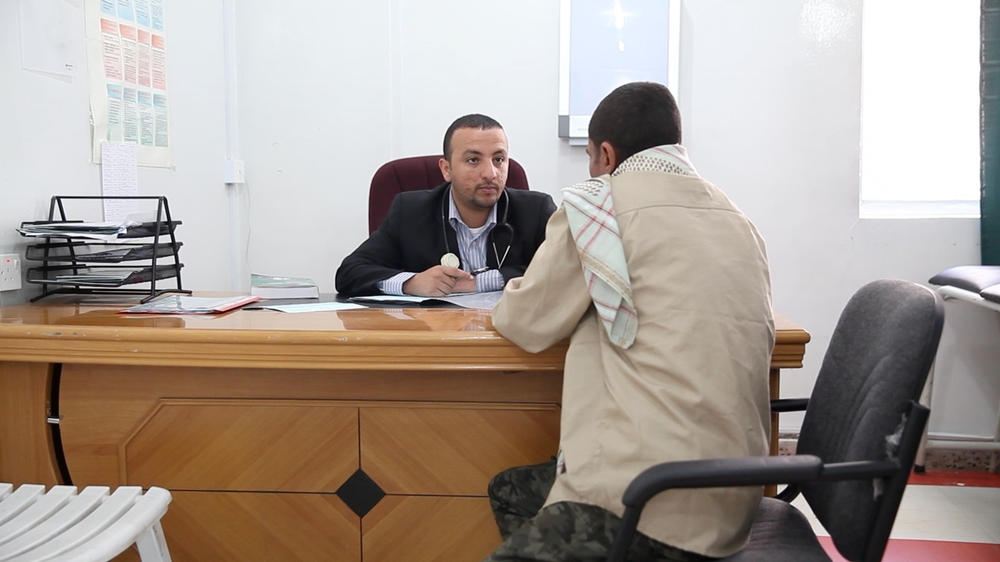 Yemen: Treating HIV/AIDS beneath the bombs

In the poorest country in the Arabian Peninsula, more than 1,300 people living with HIV/AIDS are receiving antiretroviral (ARV) treatment, around half of them in the capital Sana’a.

For people living with the HIV virus in Yemen, not only did they face the fear of war, they also faced the panic of having to interrupt their treatment with antiretroviral (ARV) drugs.

HIV/AIDS in a warzone

When the conflict escalated on 26 March, we started calling the associations of people living with HIV/AIDS.

First, we called the patients who we knew were in the most unstable governorates, such as Sa’ada, Al-Dhale, Hajjah and Aden; then those living in the most difficult areas of the capital; and thirdly, people who had appointments at the clinic to pick up their medication in the coming months.

By the beginning of April, we had managed to contact 745 of the 773 who were in treatment at that time in Sana’a.

With the help of the HIV/AIDS associations and the International Organization for Migration, we were able to find many of those who did not respond.

Then we started to give a two-month supply of ARV drugs to all patients. Many were able to come to the clinic to collect them, but for many others this was impossible, because of fighting or a lack of fuel or money to travel.

Abdulbaset, the nurse in charge of the pharmacy, and I delivered the drugs in several places, sometimes even risking our physical integrity; for instance, at locations that are next to military facilities and are usually targeted by air strikes.

Also, Abdulbaset and members of the HIV/AIDS association delivered drugs to rural villages outside Sana’a by motorcycle.

Talking on the phone sometimes wasn’t easy, due to electricity cuts and attacks on the telecommunication systems.

As the war continued, we took a step forward by giving patients enough ARV drugs for the rest of the year. Currently, we are doing this in all ARV clinics in the country.

We are also dealing with opportunist infections. The most common ones in this period are tuberculosis, pneumonia, diarrhoeal diseases and candidiasis.

We are also ensuring that all ARV clinics in the country have the laboratory reagents needed for the essential test for HIV management.

In Yemen, HIV-positive people suffer constant discrimination, even from medical staff who are not well informed about the disease.

When I was studying medicine, a friend's brother died at home alone, because he had the virus. I decided then that I wanted to work to change this situation.

For example, one man had to spend two weeks in jail because he was accused of smuggling at a checkpoint on his way back home when they found the HIV drugs.

I remember a woman who began to take half a tablet on alternate days so she didn’t have to completely stop the treatment.

To support people living with HIV at this particular time, we have created a programme called ‘Be-Insured’, whereby leaders of the HIV associations call patients to check their health, drug stock and psychological and financial status.

Then, our team provides psychological support for those in need.

In the end, this is our job and responsibility: to find a way so no one has to interrupt their treatment because of the war.

These are difficult times for my country, but we are trying to prevent them from being even more so for people living with the virus.

find out more about msf's work in yemen