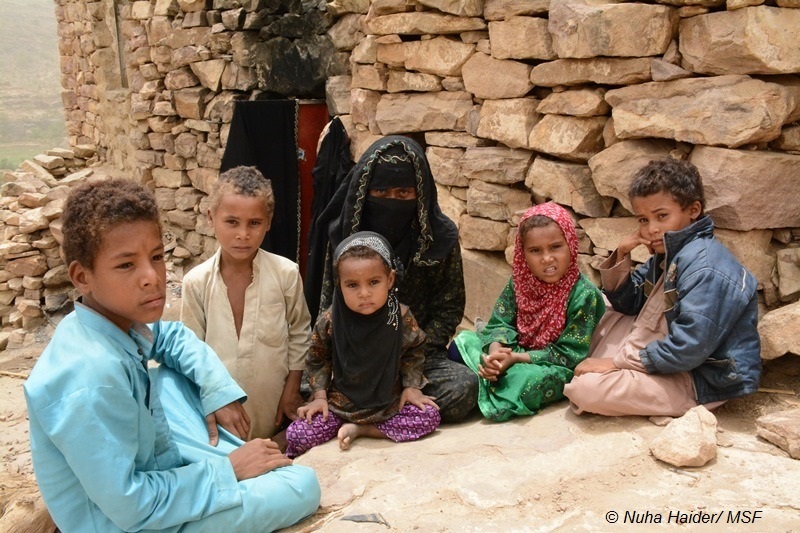 Four months into Yemen’s cholera outbreak, the number of new cases countrywide may have slowed over the past 10 days, but many people in remote areas are still dying needlessly.

Unless aid is increased urgently and a preventive approach taken at the community level, people will continue to die of this preventable disease.

More than 430,000 people have been affected by the disease since the outbreak was declared on 27th April 2017.

The spread of the disease

“Some weeks ago, one of my neighbours suffered from severe diarrhoea and vomiting,” says Zayed Al Goidi, from Beit Al Ghwadi, a village in Osman valley, one of the most remote areas of Amran governorate. “He died the same day, but no one knew the reason. We don’t have televisions or phones, and few of us have a radio, so it took a long time before we understood it was cholera.”

But being able to identify the disease is not enough to save the villagers, most of whom cannot afford to travel for medical care.

“The nearest health facility is several hours from the village and the journey costs up to US$60,” says Al Goidi. “We’re poor and we have almost no means of making a living, so how can we pay so much money? To save our lives, we have to pledge our property: our land, our wives’ jewellery.” 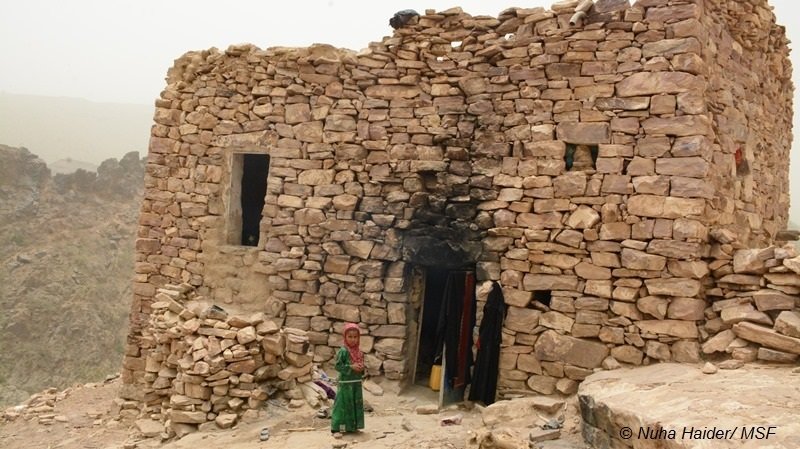 Nuha Haider/MSF
In an old house in the village of Al Ghwadi, lived Saleha Ali Muhsen, a mother of seven children, her husband died in mid-May after suffering from Cholera disease.

“Our epidemiological data shows that the Osman valley is one of the areas most affected by cholera,” says Ghassan Abou Chaar, MSF head of mission in Yemen.

“Its remote location, people’s poor living conditions and their lack of knowledge about cholera have all contributed to the spread of the disease and the number of deaths caused by it. We can’t simply wait and treat only those patients who manage to reach our cholera treatment centres. If we don’t reach locations such as the Osman valley, people will keep dying.”

“The road is very difficult and this place is almost completely cut off,” says Dr Musoke. “On our way here we crossed the river, the main water source for the community. We saw animals drinking from it, people washing their clothes in it and mothers giving their children water from it to drink.”

In mid-July, MSF teams distributed hygiene items to hundreds of households in the Osman valley and organised awareness sessions on cholera. 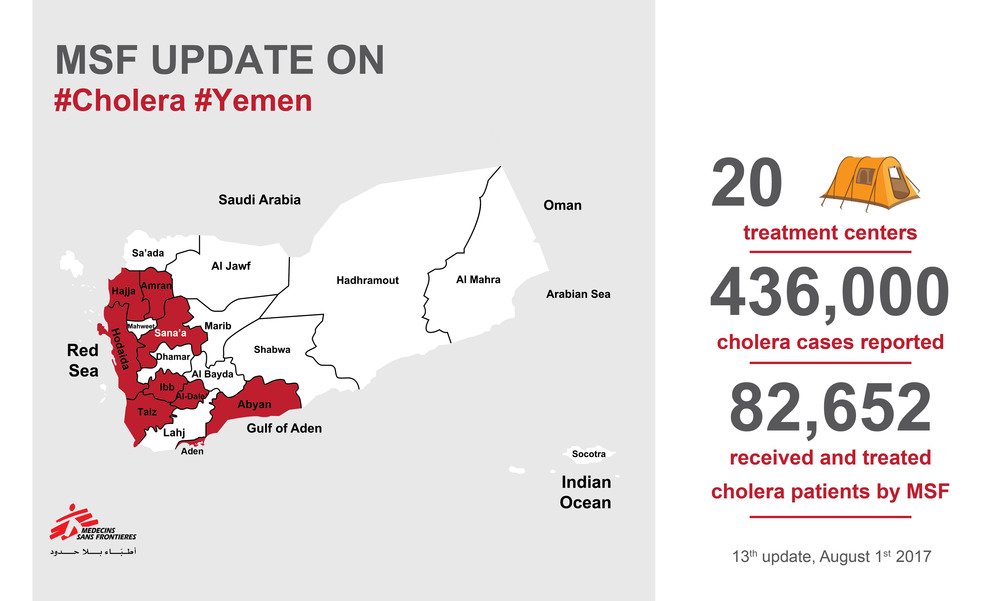 Since the beginning of the outbreak, MSF has provided treatment for cholera to more than 82,000 patients – one-fifth of all cases identified in the country. To bring the outbreak under control, MSF calls for other organisations to make a coordinated response that includes water and sanitation activities and health education.

“Wells and water points need to be treated, and people need to be educated in how they can protect themselves from cholera, especially with the upcoming rainy season,” says Abou Chaar.