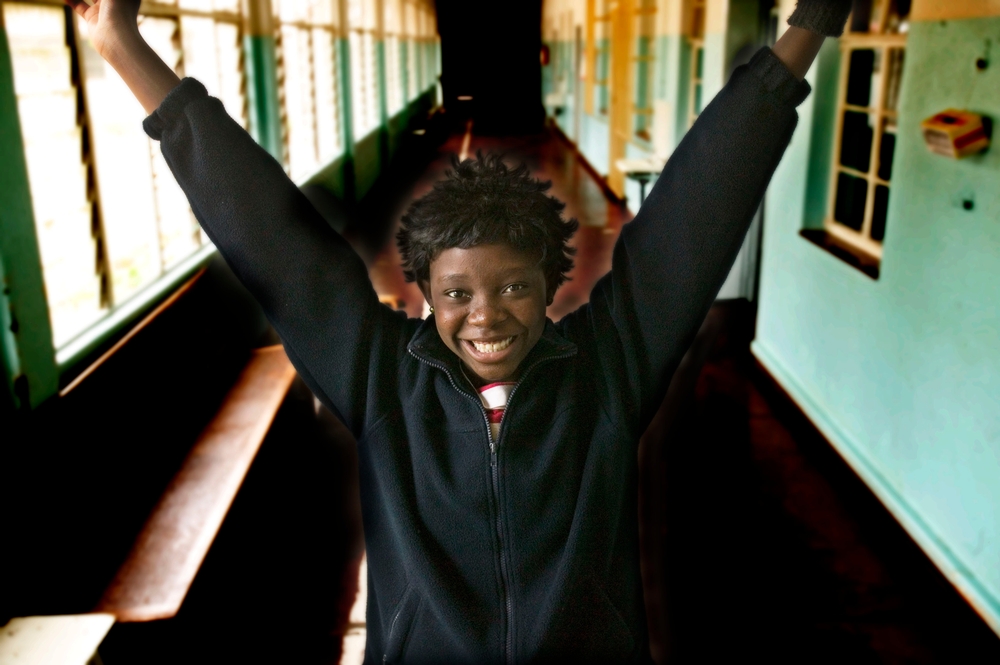 The latest generation of HIV medical technology is making breakthroughs in care for HIV-positive patients, and in containing the epidemic in many African countries. The latest blood test, known as the viral load test, offers patients hope for a future free from the possible complications triggered by the virus.

During 2013 Médecins Sans Frontières/Doctors Without Borders (MSF) performed the test on around 30,000 patients in the Zimbabwe.

“We collect blood samples of 3–5 ml from patients at the different health centres. We then take them in the MSF four-wheel drive to the laboratory where the specialised staff prepare the samples to be sent to South Africa where they will be analysed. Monitoring HIV patients is fundamental for controlling their health, as well as the epidemic itself.

It is important to know if the medication is working or not, how effective it is for the patient and against the virus,” explains Susana Villen, a doctor from Zaragoza, who has recently returned to Spain after spending more than two years in Zimbabwe as medical coordinator of MSF’s HIV project in Tsholotsho.

Improving the life of HIV-positive patients

The viral load analysis techniques are a breakthrough in improving the life of HIV-positive patients, as they give more accurate results. This test measures the amount of virus per millilitre in the patient’s blood. “If the patient has a very high virus amount, this indicates that the treatment isn’t working or that the patient isn’t taking it properly,” explains Dr Villen.

“These new tests offer a significant improvement, as by measuring the amount of virus in the blood we are able to identify the patient’s true condition. On occasions, we see asymptomatic patients, whose clinical condition is good, with appropriate results in the traditional CD4 test (which measures the amount of defences generated by the body) but with a very high viral load. This tells us that something is wrong, that the treatment is not having an effect and that the virus is continuing to multiply in the patient’s blood, with the consequent risk to the person’s health.”

"In Tsholotsho, despite the high cost of testing, we managed to test the viral load of nearly all our patients. We wanted to make sure we were giving them the best treatment. After doing the tests on many patients, we prescribed new drugs with fewer side effects. It was a breakthrough for patients in the area, especially for adolescents, since we were having a lot of problems of treatment adherence among this group. When an adolescent has no health problems, is not affected by any opportunistic disease, and yet his viral load is very high, we see that is a problem of adhesion. Knowing this allows us to act and fix it," says Villen.

Viral load monitoring has been used for years in Western countries and is recommended by the World Health Organization as the model of care for HIV patients. This technology accurately calculates the amount of virus in the patient’s body, unlike the usual test – known as the CD4 test – that is used in most countries without resources.

The CD4 test counts the lymphocytes (cells that activate a person’s immune system against the presence of infections or cancers), but can only indirectly indicate the progression of the disease by identifying the number of defences generated by the immune system. The new technology transforms HIV into a chronic disease, like ailments like diabetes or high blood pressure, and can help people with HIV to live a long and healthy life.

Juan Carlos Tomasi/MSF
Young girl from HIV support group from Bulawayo at home with her mother.

The dream of being "undetectable"

Once the laboratory staff have performed the tests, the results are emailed to the person in charge of the laboratory at the hospital. When the blank boxes that indicate "ND" (target not detected) appear on the screen, it is the best news an HIV-positive patient can receive. It means their treatment is working well and their viral load remains undetectable. Not only will they not acquire opportunistic diseases such as tuberculosis, meningitis or infections, but also the risk of them spreading the disease to others is reduced by 96%.

"Everyone wants to be undetectable," says Dr Villen. "Many patients are proud to be so, because that means that besides their own health being good, the whole community’s is too because there is less risk of transmission of the disease. Women can plan their pregnancies and prevent their babies being born with the virus."

A big challenge: Viral load for all

Professionals in the fight against HIV agree on the importance of monitoring patients to combat the epidemic. "There are very few machines that you can still rely on in Zimbabwe," explains Dr Villen. "It would be a great advance to have a machine in each health centre. We know that for now this is a utopia but we must continue devoting our efforts and resources to achieve it," insists the MSF health worker. The main obstacle, of course, continues to be money. The tests are expensive, the machines are expensive and they require highly qualified staff. "These devices are also very bulky and difficult to transport," she adds.

During  2013 Médecins Sans Frontières (MSF) performed the test on over around 30.000 patients in the Zimbabwe. But there is still too much to do. The African country is one of the countries in the world most affected by the HIV epidemic. There are more than one million adults with the disease and about 200,000 infected children. It is estimated that the African country has more than 1.2 million children orphaned by AIDS. However, much progress has been made since 2000 when MSF took its first steps in the fight against AIDS in the country.

* “Beating the virus” is a series of five stories through which MSF and Future Planet try to explain how HIV programmes have changed the daily lives of thousands of HIV-positive people in Zimbabwe. MSF has been working for years on comprehensive HIV and TB programmes with a community approach. The work is based on key aspects such as the simplification of treatment, a new redistribution of HIV care between healthcare and non-healthcare personnel, the integration of care into routine health services and the decentralisation of care to rural areas.

In Tsholotsho, MSF has been running an HIV and TB project for nine years. Given the good results, the organisation is going to leave the district in the coming months, but will continue to treat patients with HIV and TB in other parts of the country.

Find out more about MSF's work in Zimbabwe