Diabetes, high blood pressure and asthma are common conditions that may not seem like humanitarian emergencies.

However, when conflict, disaster or mass displacement leave patients cut-off from their care, the everyday can fast become life-threatening. 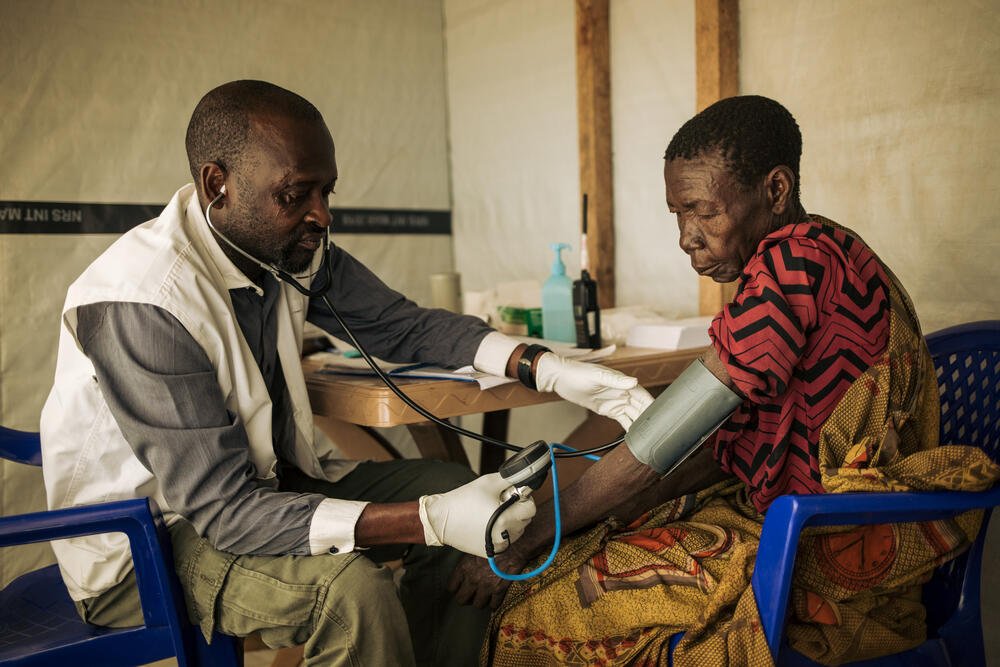 What is a non-communicable disease?

Non-communicable diseases (NCDs) are diseases that can’t be directly transmitted between people. Many are chronic diseases, meaning that they stay with people for life.

These long-term illnesses are due to a combination of genetic vulnerabilities and environmental factors, such as poverty, living in polluted surroundings, unreliable access to food or poor diet, tobacco and alcohol use.

NCDs are incredibly widespread and often have a life-limiting impact. According to the World Health Organisation, NCDs kill 41 million people each year. This accounts for a massive 71 percent of all deaths globally. 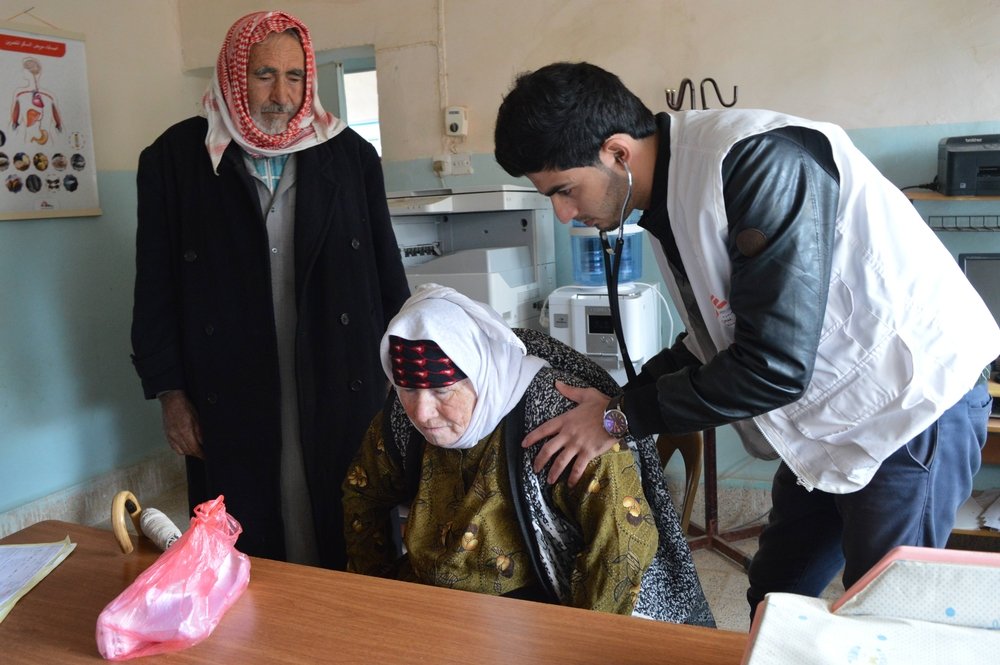 Karin Ekholm/MSF
Nadia Mohammed Ahmed has high blood pressure. She and her husband are Turkmens, a Turkic ethnic group that predominantly live in the north of Iraq.

NCDs cover a vast area of medical practice and include complex conditions as varied as Alzheimer’s disease, osteoporosis and autoimmune disorders.

Within this, there are four main groups that cause 80 percent of all “premature” NCD deaths:

Why does MSF treat long-term illnesses?

Caught-up in the middle of every crisis are people living with chronic diseases who can no longer rely on stable and accessible healthcare to manage their condition safely. And, when healthcare systems begin to fail, so does the detection and routine screening of potential NCD patients.

NCDs also disproportionately impact people living in the places where we work, with three-quarters of all global NCD deaths occurring in low-income and middle-income countries. 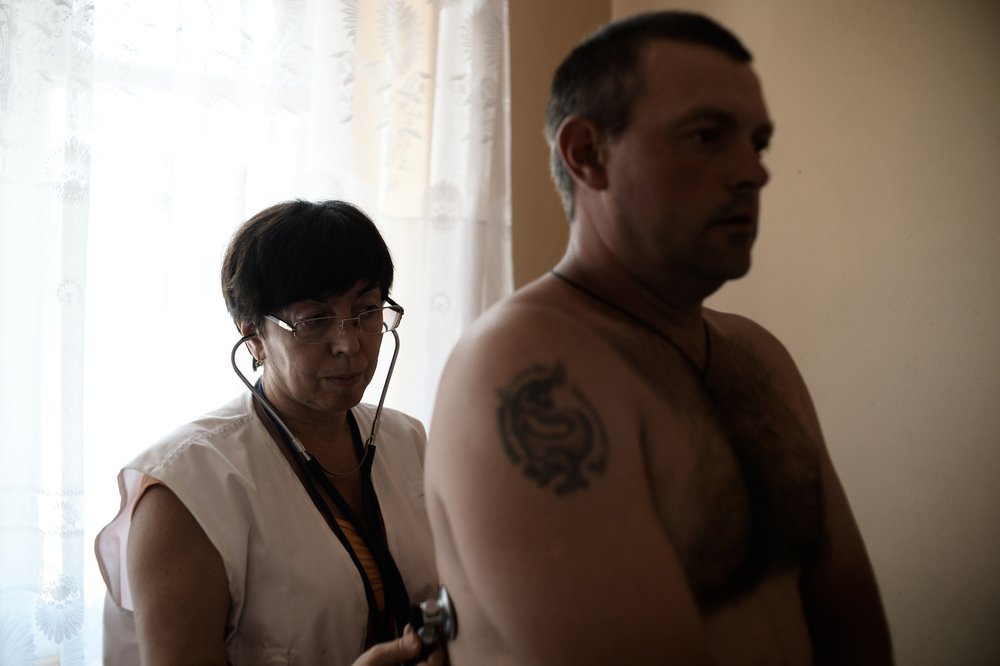 Kenny Karpov
An MSF doctor checks the lungs of a patient who has been suffering from chronic asthma for six years.

How does MSF treat NCDs?

The reality is that as an emergency medical organisation, we often work in remote and dangerous places with limited resources. This means it can become incredibly challenging and costly to treat every form of NCD.

We prioritise treating the most vulnerable people, focusing on conditions that cause the greatest number of deaths, disability and suffering. As well as this approach toward some of the most widespread NCDs, there are also a small number of other conditions that we treat as part of specific projects.

We do this all in a way that is centred on people’s needs, makes the best use of resources and ultimately saves lives.

They are the number one cause of death globally, killing an estimated 17.9 million people each year.

However, most conditions can be prevented by addressing risk factors such as smoking, drinking, unhealthy diet and lack of physical activity. They can also be caused by other NCDs such as diabetes.

Early detection of people at high risk is key to fighting cardiovascular diseases, as well as access to basic medicines and technology in primary healthcare centres. 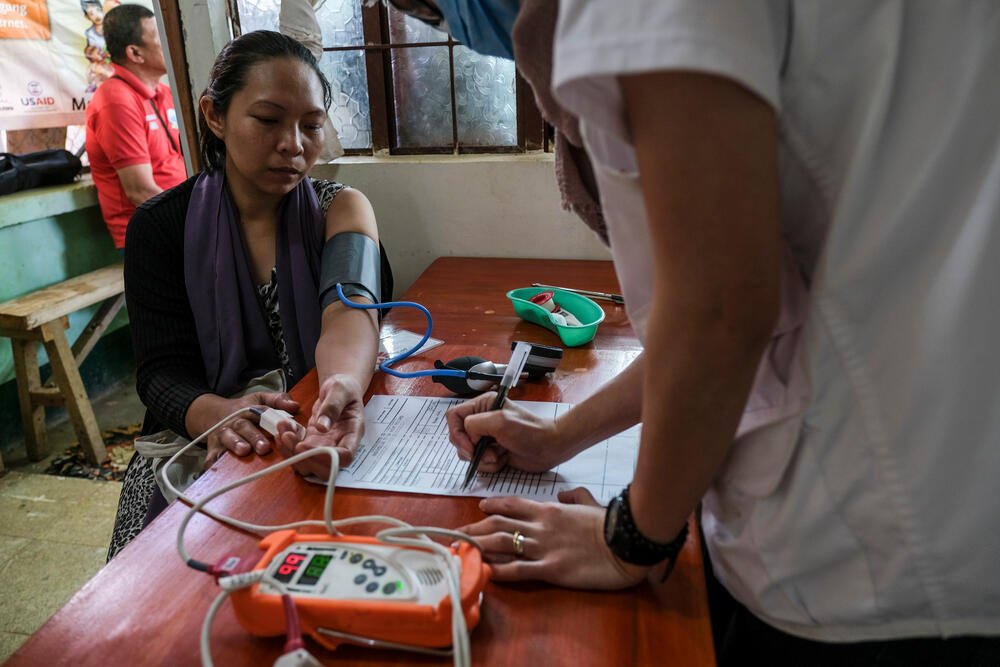 A patient in the Philippines has her blood pressure and heart rate measured © Veejay Villafranca.
Chronic respiratory diseases

Chronic respiratory diseases affect the airways and structure of the lungs. The most common forms are chronic obstructive pulmonary disease (COPD) and asthma, which around 235 million people suffer from, particularly children.

Risk factors include smoking, air pollution and exposure to chemicals and dust.

Chronic respiratory diseases are not curable, however, with treatment including medication (such as an inhaler) and behaviour changes, patients can control their symptoms. 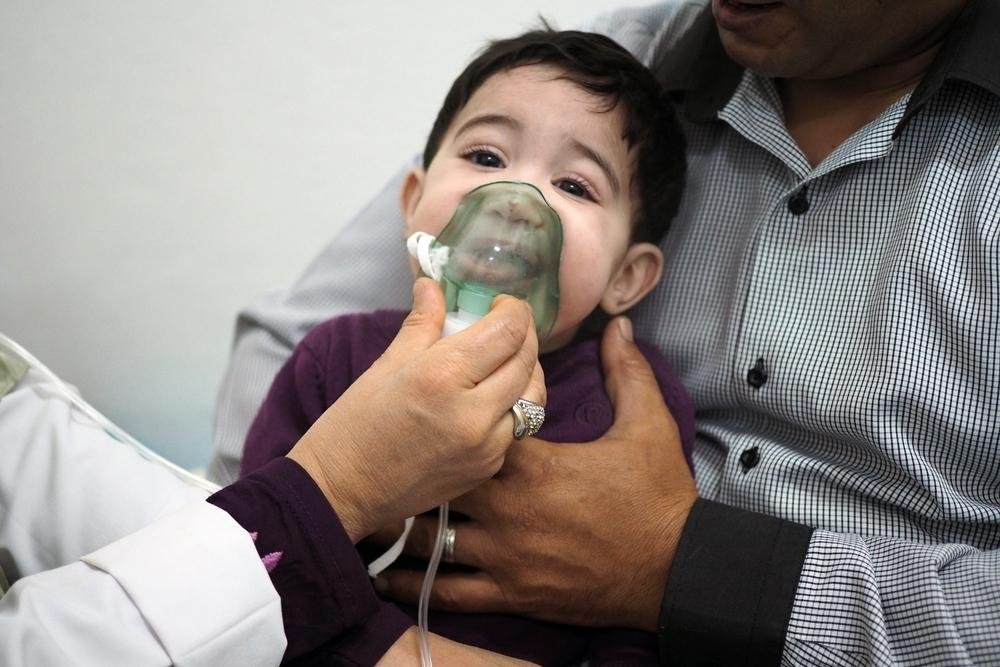 At a clinic in Libya, nine-month-old Sefaw is treated for breathing difficulties © Samuel Gratacap.
Diabetes

Diabetes is a chronic disease that occurs when the body does not produce enough of the hormone insulin to regulate blood sugar. Over time, high blood sugar levels eventually lead to cardiovascular disease, kidney failure, blindness and nerve damage.

Around 422 million people worldwide live with diabetes, a number that has been rising steadily for decades, while 1.6 million deaths are directly attributed to the disease every year. 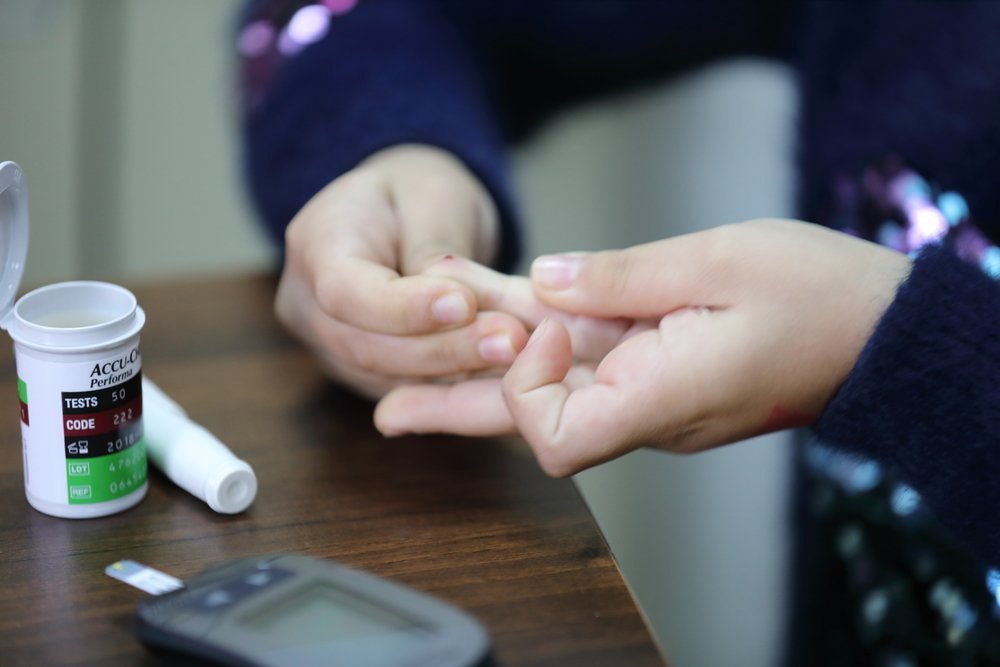 There are two forms of diabetes:

For people living with diabetes, access to affordable insulin or oral medication is vital to survive. However, for patients living in humanitarian crises, issues such as storage of insulin and food insecurity complicate their condition further. 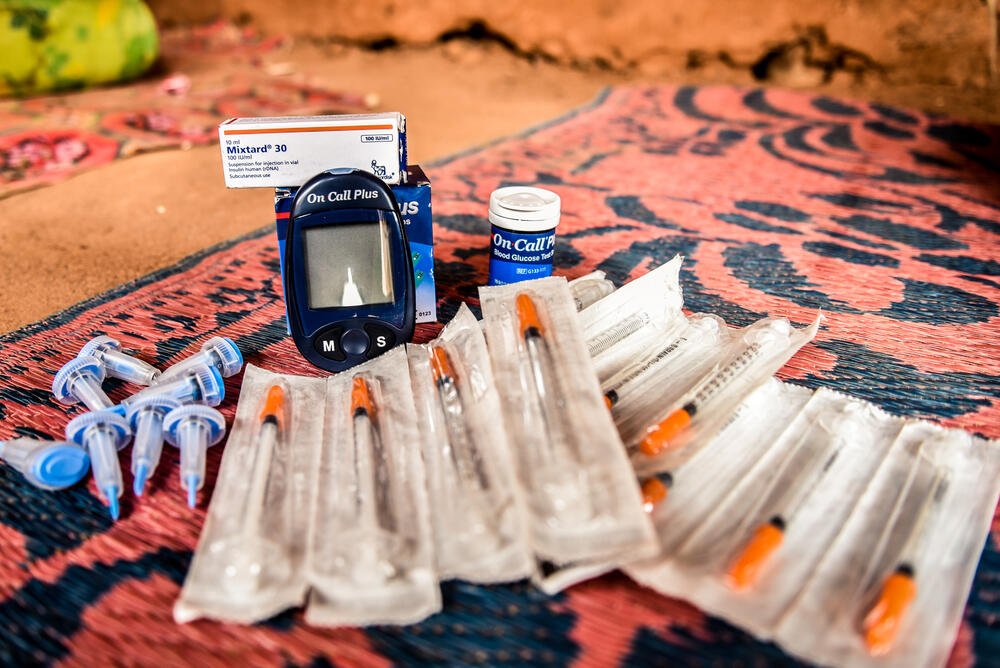 A treatment kit for patients with type 1 diabetes including a glucometer and glucometer strips, needles and insulin © Paul Odongo/MSF.
Thalassemia

Thalassemia is a dangerous genetic blood disorder caused by an alteration to the genes required to make haemoglobin.

In order to survive, patients with the condition require a demanding treatment of regular blood transfusions as well as chelation therapy – a procedure that removes excess iron from the blood to prevent organ failure.

The condition is found across Syria and Lebanon, as well as Pakistan and Afghanistan, where instability has limited access to care. 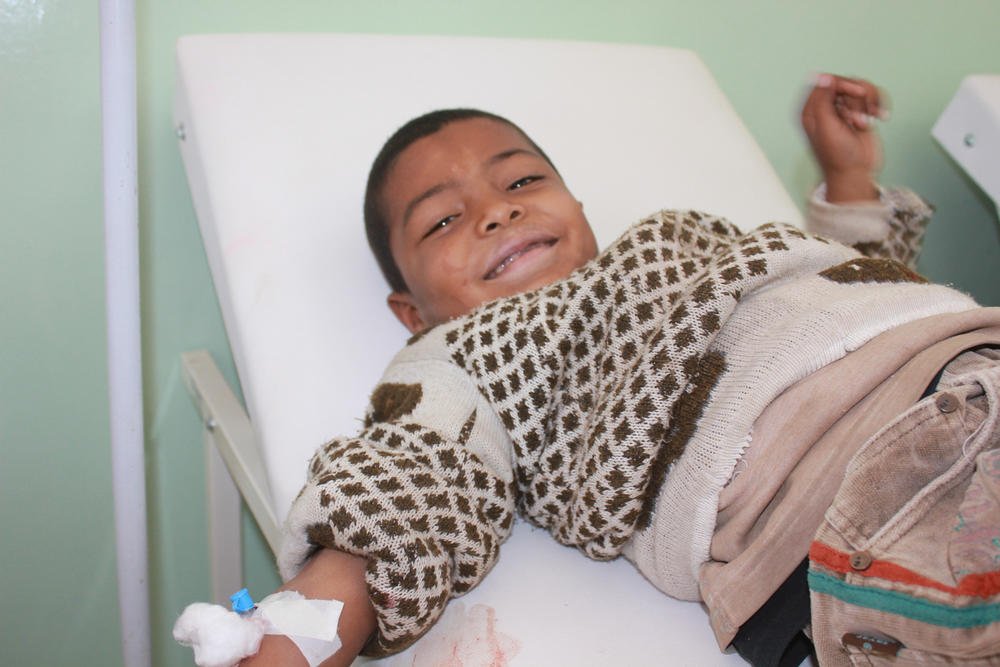 Cervical cancer kills around 311,000 women a year, with 85 percent of deaths occurring in low-income and middle-income countries.

In most women, the virus spontaneously clears. For others, chronic infection can progress to cancer over a period of 15-20 years. The infection is particularly aggressive in HIV-positive women.

However, HPV is entirely preventable, detectable and treatable.

MSF carries out routine HPV vaccinations as part of many sexual and reproductive healthcare projects, as well as simple “screen-and-treat” programmes that can have a life-saving impact but require little infrastructure.

Unfortunately, wider cancer treatment is not something we are usually able to provide as part of an emergency medical response. 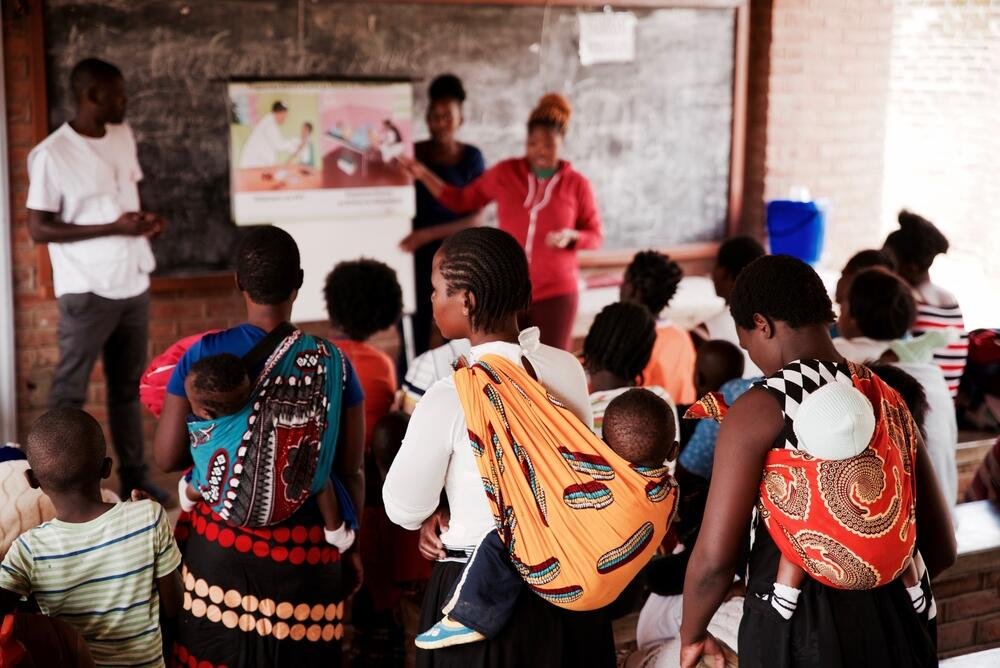