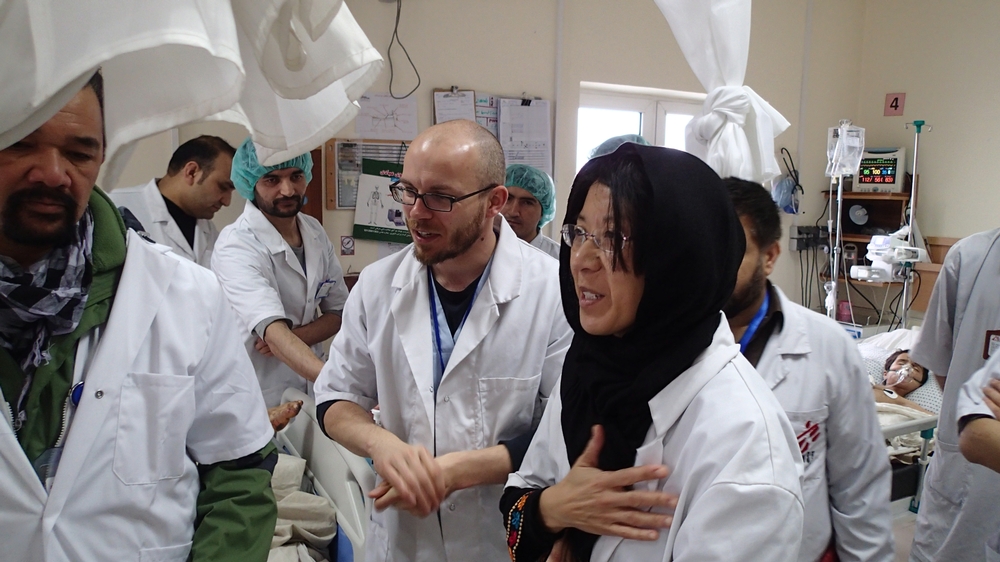 For four years, the MSF trauma centre in Kunduz was the only facility of its kind in northeastern Afghanistan, offering essential medical and surgical care.

On Saturday 3 October this came to an end when the hospital was deliberately bombed.

Twelve MSF staff and 10 patients, including three children, were killed, and 37 people were injured, including 19 members of the MSF team. The attack was unacceptable.

The whole MSF Movement is in shock, and our thoughts are with the families and friends of those affected. Nothing can excuse violence against patients, medical workers and health facilities.

Under International Humanitarian Law hospitals in conflict zones are protected spaces. Until proven otherwise, the events of last Saturday amount to an inexcusable violation of this law. We are working on the presumption of a war crime.

In the last week, as fighting swept through the city, 400 patients were treated at the hospital. Since its opening in 2011, tens of thousands of wounded civilians and combatants from all sides of the conflict have been triaged and treated by MSF.

On the night of the bombing, MSF staff working in the hospital heard what was later confirmed to be a US army plane circle around multiple times, releasing its bombs on the same building within the hospital compound at each pass.

The building targeted was the one housing the intensive care unit, emergency rooms and physiotherapy ward. Surrounding buildings in the compound were left largely untouched.

Despite MSF alerting both the Afghan and Coalition military leadership, the airstrike continued for at least another 30 minutes. The hospital was well-known and the GPS coordinates had been regularly shared with Coalition and Afghan military and civilian officials, as recently as Tuesday 29 September.

MSF
Fires burn in the MSF emergency trauma hospital in Kunduz, Afghanistan, after it was hit and partially destroyed by missiles 03 October 2015.

This attack cannot be brushed aside as a mere mistake or an inevitable consequence of war. Statements from the Afghanistan government have claimed that Taliban forces were using the hospital to fire on Coalition forces.

These statements imply that Afghan and US forces working together decided to raze to the ground a fully functioning hospital, which amounts to an admission of a war crime.

This attack does not just touch MSF but it affects humanitarian work everywhere, and fundamentally undermines the core principles of humanitarian action.

We need answers, not just for us but for all medical and humanitarian staff assisting victims of conflict, anywhere in the world. The preserve of health facilities as neutral, protected spaces depends on the outcome of a transparent, independent investigation.

Read more about MSF in Afghanistan