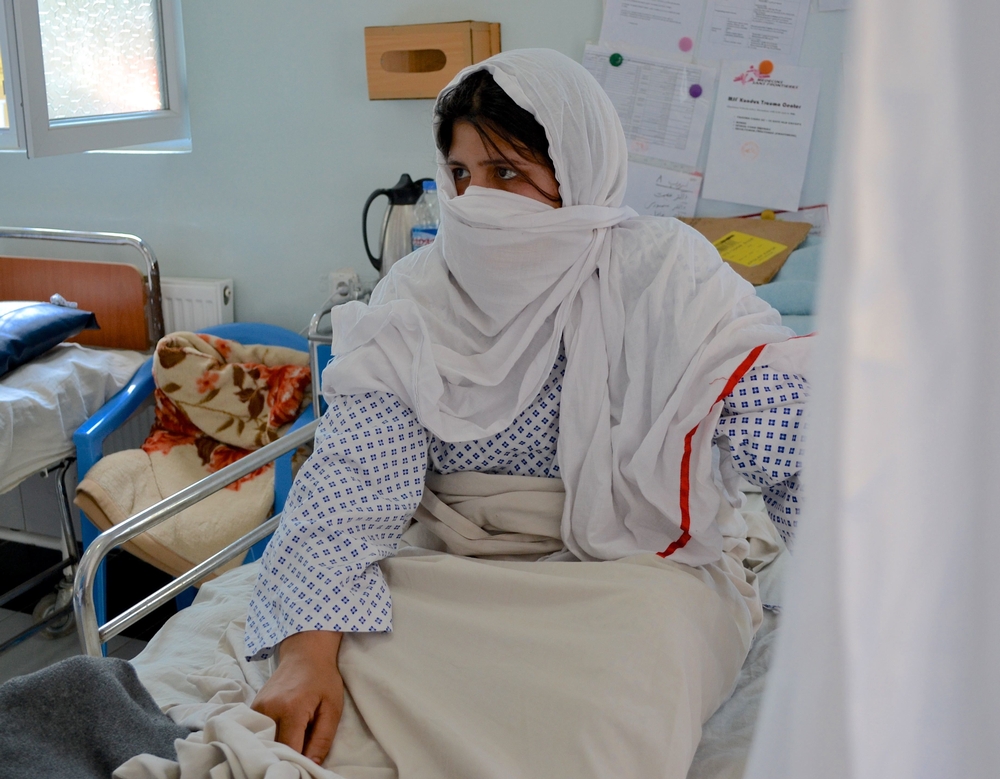 Afghanistan: "People have no choice but to risk the dangerous journey to reach us" after heavy fighting

Heavy clashes between Afghan security forces and armed opposition groups in Kunduz province led to a surge in wounded people at the Médecins Sans Frontières/Doctors Without Borders (MSF) trauma centre in Kunduz city. Our medical teams treated 77 patients directly wounded in the fighting in three days.

On Monday night, 10 children and adolescents between eight and 18 years of age were brought in with injuries sustained when a shell hit the mosque they were studying in.

The community members who brought the wounded to the centre told MSF’s staff that approximately 30 young people were in the mosque when the mortar hit, but knowing the difficulties to access Kunduz city they decided to bring only the 10 most severely injured.

“What would normally be a 30 minute journey took them two hours,” says Heman Nagarathnam, MSF’s head of programs in northern Afghanistan.

“After driving part of the way, they were afraid to hit landmines on the road so decided instead to walk by a different route, carrying the children. They then took a boat along the Kunduz river and were fired on when they were mistaken for combatants.

“Once they finally reached Kunduz city, they flagged down vehicles to take them the remainder of the way to the trauma centre.”

Ongoing insecurity makes it is extremely difficult for people to reach Kunduz city from Chardara district, particularly at night when there is a risk of being caught in crossfire, hitting landmines or being delayed at multiple checkpoints.

“Our team is able to assist patients who can make it to the centre, but we are very concerned for the people who cannot reach the city in time,” says Nagarathnam.

“MSF’s centre is the only facility in the whole north-eastern region of Afghanistan able to provide life, and limb, saving trauma care, so people have no choice but to risk the dangerous journey to reach us.”

MSF
Abdul Wahab was caught in crossfire in his own field trying to harvest. He was taken from his district of Imam Sahib to Kunduz City by local villagers during violence in May.

From 20 to 23 June, MSF’s medical teams treated 77 patients directly wounded in the fighting; one-third of these patients were women and children.

The majority of wounded patients admitted to the trauma centre came from Chardara district, around 10 kilometres from Kunduz city, which has been engulfed by fighting since Saturday 20 June.

The bulk of patients had sustained bomb blast or gunshots wounds, with MSF surgeons treating severe abdominal, limb and head injuries. Active fighting has decreased since Wednesday, but the situation remains tense.

Given the enormous difficulties people in Chardara district face in reaching Kunduz city, MSF is taking steps to help improve their access to medical care.

On Tuesday 23 June, MSF opened a stabilisation post in Chardara, where nurses will provide immediate care to trauma patients before they can be transported to Kunduz.

“Civilians have been caught up in the four days of intense fighting, with shells hitting homes,” says Heman Nagarathnam, MSF’s head of programs in northern Afghanistan.

“On Monday, three women and three children from a village in Chardara district were admitted to MSF’s trauma centre suffering injuries after their home was hit overnight.”

Kunduz province has seen a significant increase in fighting since last year. This week’s influx of wounded follows another wave of violence in May, when MSF teams treated 204 war wounded patients in three weeks.