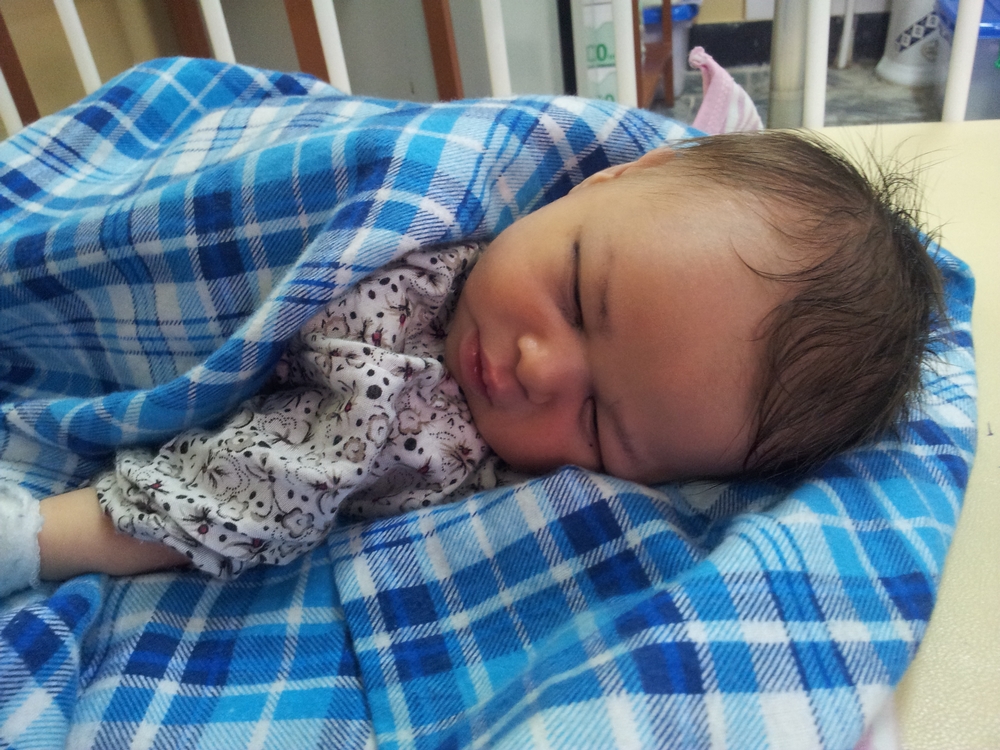 Afghanistan: A unit for “kangaroo mothers” in Kabul

Dasht-e-Barchi is one of the poorest neighbourhoods in Kabul, the capital of Afghanistan, a country where families are unable to pay for private care.

false
Mathilde Vu/MSF
View of Dasht-e-Barchi District, Afghanistan. Over the past ten years, the population of Dasht-e-Barchi district in Kabul has grown ten-fold, while the provision of health service has not kept pace with this reality.

A maternity centre with a 'kangaroo unit'

“In Dasht-e-Barchi, the skies are clear in winter. Though it is cold, there is a lot of light and the snow-topped mountains can be seen in the distance. In the morning you can hear the call of the muezzin amidst the noise of the cars and motorbikes. Then the city wakes up, little by little, as the sun rises, along with the scent of spices and grilled meat from the market near the hospital.

It was there that I spent a little over three months on mission with MSF. I was there to help open a maternity centre and a NICU with a “kangaroo” unit in the district hospital, in collaboration with the Afghan Ministry of Health.

The NICU offers free care for low birth weight and premature infants, infants with respiratory infections or fever, growth retardation, or those who cannot nurse. They are kept there until they gain enough weight to be discharged.

A culture of homebirths

Due to a lack of facilities and cultural habit, more than half of Afghan women give birth at home. This type of medical care is therefore necessary, especially in case of complications. Moreover, a delivery can cost from 800 to 1,000 afghanis (€10 to €20), and while that doesn’t seem like much, it’s an enormous amount for families that often live on 1 euro per day per person.

One of the objectives of my mission was to initiate the team in the kangaroo method, which is used for mothers whose infants are premature or show intrauterine growth retardation. It’s a simple treatment technique that puts babies in direct, skin-to-skin contact with their mother.

The newborns are kept warm by their mother until they weigh enough (about 2 kg) and are able to breastfeed, thus increasing their chances of survival.

More than 30 deliveries per day

By late January we had an average of 30 deliveries per day, 739 in January, though we had anticipated only 600 when we started!

Fortunately the complication rate is at most 30%, because it’s hard to keep the women there for more than a few hours. They have to go home quickly to take care of the rest of the family.

The women are generally accompanied by their mother-in-law or mother, as well as by their husband or another man in the family.

If there’s a complication, we need a man’s consent to perform a caesarean. That’s particularly the case when there’s a prolapsed umbilical cord, that is, when the cord comes out before the baby. When that happens, the head can compress the cord, cutting off the blood supply and thus the baby’s oxygen. That’s one of the emergency situations requiring a caesarean.

A case study of an obstetric emergency

One of the obstetric emergencies we treated was Janbakht*. She was a 28-year-old Afghan woman who had been trying to have a child for ten years. She had had several miscarriages and stillbirths. Her cervix was already fully dilated when she arrived. But the baby wasn’t breathing at birth. We resuscitated and ventilated him using CPR. After ten minutes the baby began to breathe. We transferred him to the NICU, where we kept him on oxygen and started an infusion.

Due to respiratory distress, the newborn couldn’t nurse. So for several days we “fed” him his mother’s milk by nasogastric tube. And though he was doing better, he was not waking up. Then finally, on the sixth day, he cried and opened his eyes.

We began giving him milk with a spoon. It took him another two weeks to be able to nurse on his own, but he still needed oxygen. Finally, on the twentieth day, he could breathe on his own and his mother, happy and proud, was able take him home.

Mothers stay only a few hours

Our midwives stay with the mothers during labour, talking to them and encouraging them right up to delivery. This can be very important in some cases.

One night, Azra* arrived at the MSF maternity centre alone. She didn’t know where her husband was. She was exhausted and nervous, because she had to leave her two-year-old daughter at home by herself. Her cervix was fully dilated.

The baby weighed more than 4 kg. At birth we discovered that he was at risk of hypoglycaemia. This is often the case with infants born to diabetic mothers. The newborns produce a lot of insulin to regulate their glucose level, and so have to be fed a rich diet quickly so that they can continue to produce insulin with the same glucose intake.

Since he could nurse, we gave him sugar water. We wanted to keep mother and infant under observation for at least 24 hours, but she had to leave to take care of her older daughter. So we gave her a warm meal and a few things for the baby and two hours later, with some trepidation, we watched her leave. She didn’t come back, so mother and infant must have recovered well.

'We help them give birth safely'

The MSF maternity centre at the Dasht-e-Barchi hospital has forty-two beds, ten of them in the NICU and five for the kangaroo unit.

More than sixty other people (sterilisation workers, maintenance people, translators, intake, information and administration staff, etc.) work alongside them. In all, nearly 170 Afghan staff and ten or so expatriates are dedicated to this MSF project.

At Dasht-e-Barchi, MSF provides a unique service, free of charge, to the neighbourhood women; we help them give birth safely.”

* The mothers’ first names have been changed to protect their anonymity.

A nurse since 2008, Elodie Barniet began specialising in child care in 2010, and worked for three-and-a-half years in paediatric emergency departments in Paris. She did her first six-month mission for MSF in 2013, in Chad, in a malaria treatment programme for children under five.

Her second MSF mission was in the Central African Republic, working with malnourished children.

She already knows the location of her next mission; in March 2015 she will be going to Agok, South Sudan.

In Afghanistan, MSF also works at the Ahmed Shah Baba hospital in eastern Kabul, and at the Boost hospital in Lashkar Gah, in the Helmand Province in southern Afghanistan.

Lastly, the organisation runs a trauma hospital in Kunduz, offering surgical treatment for people in northern Afghanistan, and a maternity centre in Khost, in eastern Afghanistan.

At all of these sites, MSF dispenses essential medical care free of charge. Our activities in Afghanistan rely solely on private funding; no government aid is accepted.