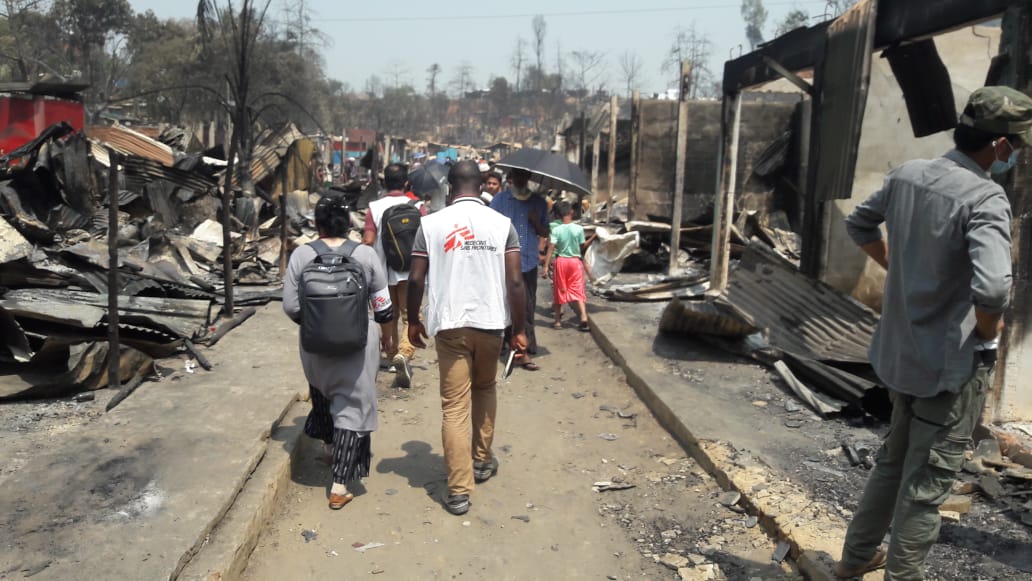 A large fire has broken out in camps in Cox's Bazar in Bangladesh where around 900,000 refugees are currently living. According to UN estimates, around 15 people lost their lives during the massive blaze, 560 people were injured and up to 10,000 families (more than 45,000 people) have been displaced, but the final numbers are still unclear.

MSF’s Balukhali clinic was completely destroyed by the fire. Fortunately, all patients and staff were evacuated from the clinic before the fire intensified.

MSF treated 11 people who were wounded in Kutupalong hospital and the hospital on the hill as a result of fire.

This is not the first fire in the camp over the last months, devastating the lives of many Rohingya refugees living there. Their shelters are built with temporary and flimsy materials, which means that in the densely populated camps in Cox’s Bazar, fire spreads rapidly.

The situation in the camps are deteriorating with reduced access to healthcare, increased violence and insufficient basic living conditions. 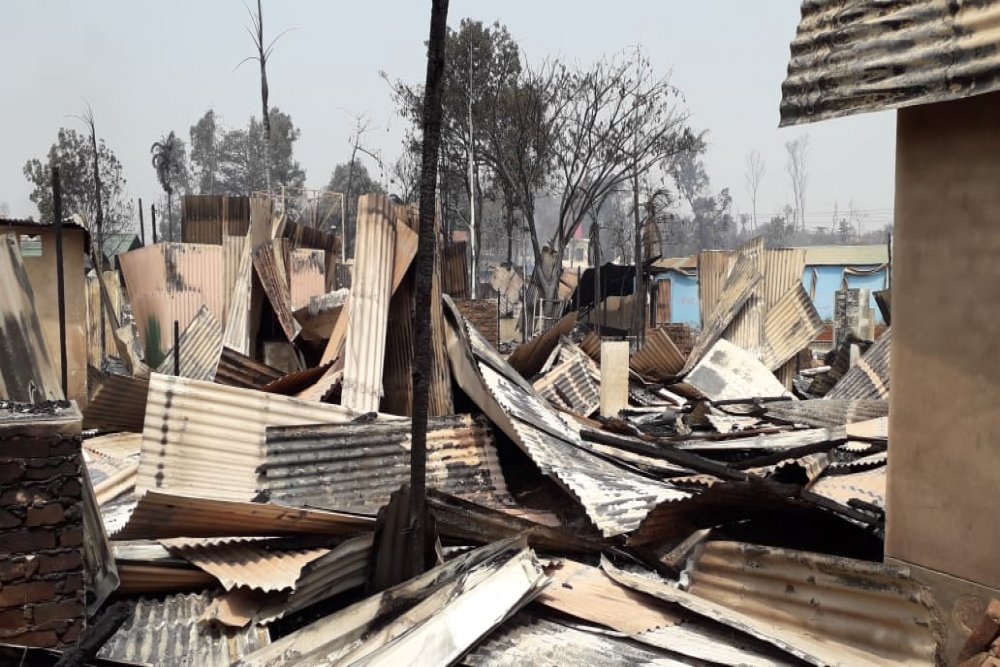 Inside of of Medecins Sans Frontieres’ Balukhali cinic after being completely destroyed by the fire that broke out on 22nd March, Monday, 2021. Picture Pau Miranda / MSF.

The full impact of the fire on the community is yet to be seen as the fire continued to burn overnight.

It is still not completely clear how many shelters, healthcare facilities and other humanitarian infrastructure has been destroyed.

A crippling effect for the Rohingya community

This is a major blow to the Rohingya community, who have been suffering the consequences of the deteriorating living conditions in the camps – with reduced access to healthcare and other humanitarian services.

The Rohingya have been denied the ability to return to their homes in Myanmar safely and with dignity.

The restrictions on their freedom of movement and with no access to livelihoods in Bangladesh, including the ability to work, mean that they are entirely dependent on humanitarian assistance. 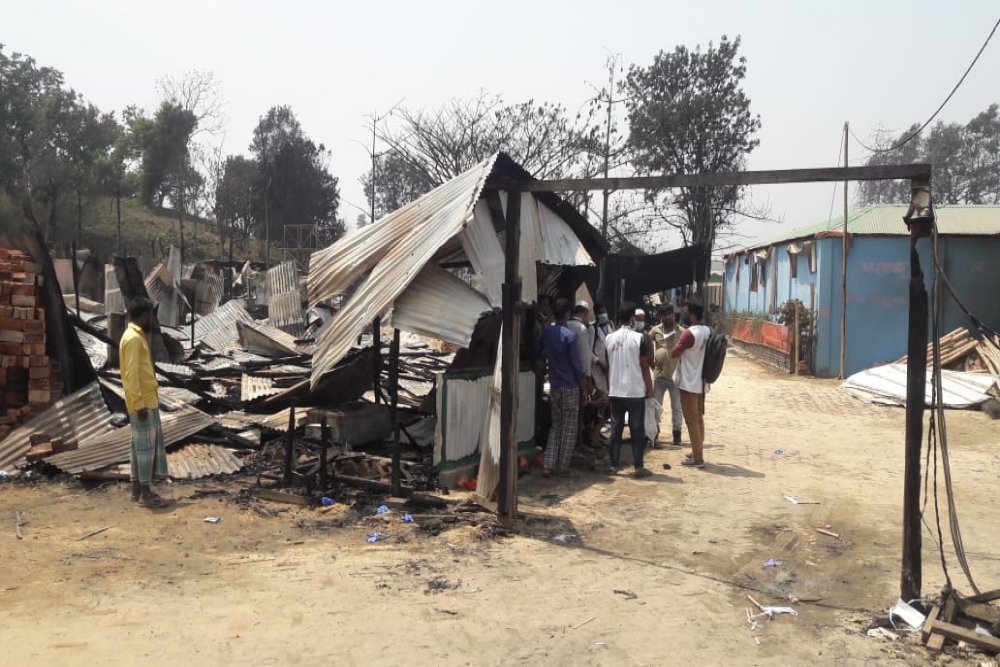 Entrance of Medecins Sans Frontieres’ Balukhali cinic after being completely destroyed by the fire that broke out on 22nd March, Monday, 2021. Picture Pau Miranda / MSF.