Rio de Janeiro – 19 January 2021 / The health system in Manaus, the capital of the Brazilian state of Amazonas, has collapsed for the second time. Although the hospitals have been adding COVID-19 bed capacity at an astonishing rate, the numbers of new patients have continued to grow even faster, meaning the entire health system is saturated and overloaded.

More seriously, the city’s capacity to produce oxygen is running at less than a third of the current needs, leaving some hospitals unable to ventilate patients and reportedly resulting in people dying of asphyxiation.

The knock-on effect on towns upriver, in the rural Amazon region, are starting to show, and could be just as devastating. 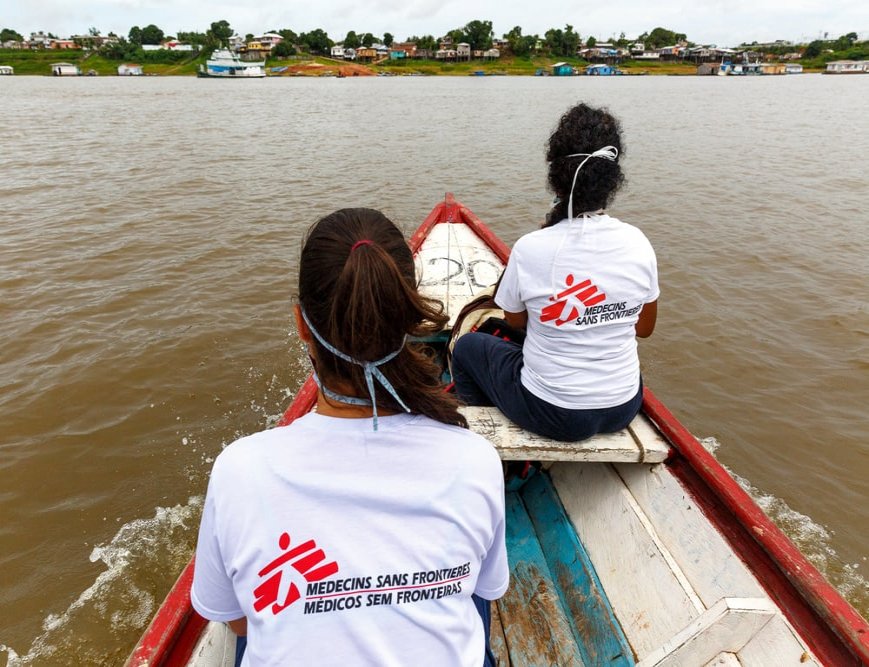 Doctors Without Borders / Médecins Sans Frontières (MSF) has teams in the Amazonian towns of São Gabriel da Cachoeira and Tefé, both few days’ boat journey upriver from the state capital.

With Manaus hospitals full and struggling, there is nowhere to refer the more severe patients. MSF is urgently expanding its teams and looking to see how we can help in Manaus, but there have already been deaths, and many more could follow.

In the first week of January, a third of COVID-19 patients in Tefé needed oxygen treatment, and last week that rose to two thirds of patients.

It is not just that the numbers of patients are increasing, but their severity on admission is getting worse too, indicating a slide towards a disastrous situation.

“Knowing more about the disease, we should be in a better position to save lives, but that is only if we have oxygen and possibilities to refer severe or critical patients to better-equipped hospitals. In the last week, no patient could fly from Tefé to Manaus. We lost three patients who would have had a chance to survive if they had received care in a big city hospital, but their referral was not possible”, says Pierre Van Heddegem, MSF head of mission for Brazil.

As there are no oxygen generator units near Tefé that can recharge the oxygen cylinders, they need to be sent to Manaus to be refilled.

MSF donated 50 new cylinders to the regional hospital in Tefé at the end of 2020, but with no option to refill them in Manaus, the rural area is also at risk of running out of this vital input. 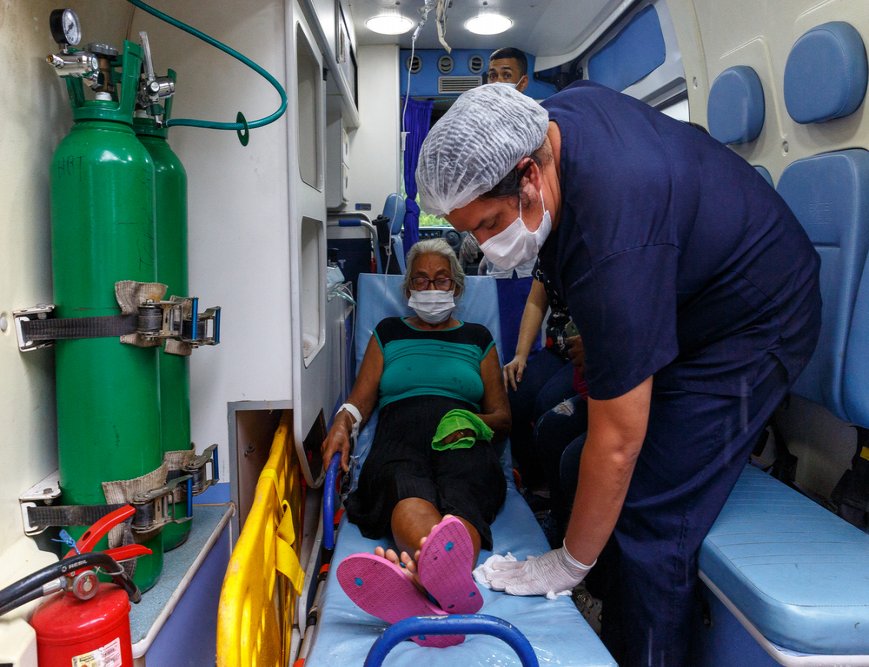 Diego Baravelli
A patient who was in the COVID-19 ward is accommodated in an ambulance that will take her to the state capital, Manaus, where there are more resources for her treatment of COVID-19.

MSF is desperately looking for alternative solutions so that critically ill patients in Tefé can be assisted, despite the total saturation of the hospitals in Manaus.

At the same time, the organization will look into ways to assist in Manaus. The first members of an MSF team started arriving yesterday in the Amazonas State capital.

In São Gabriel da Cachoeira, the other municipality in Amazonas State where MSF is working, the new year saw an immediate increase in cases too; in the first week of January there was a five-fold increase in the number of cases of people infected with COVID-19 compared to the last week of 2020.

A six-bed observation center for COVID-19 patients has been set up by the Ministry of Health and is being supported by an MSF team. 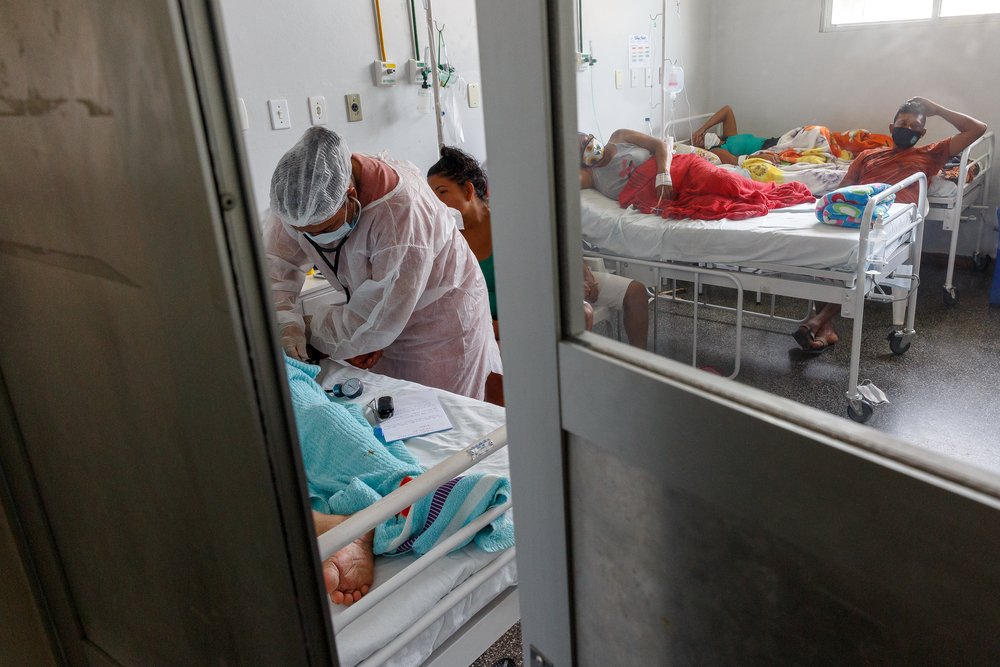 There is a small hospital with its own oxygen generation capacity, but if the case numbers increase that could be overwhelmed and we could be facing the same awful prospects as in Tefé. 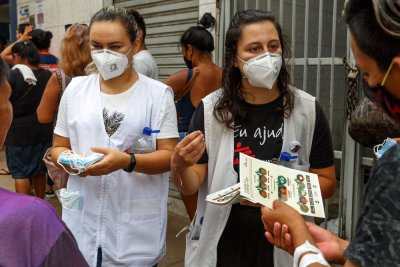 Diego Baravelli
An MSF health promotion team distributes masks to people waiting in line and advises on ways to avoid the coronavirus.

We have struggled to understand Brazil’s overwhelming reliance on the antibody tests, as they cannot tell if the person has COVID-19 now, but instead they indicate the body's immune response to the virus at the time or a response that happened in the past.

This may mean that the person had the disease weeks or months earlier, but is no longer at risk of contaminating others.

MSF also donated cartridges to the laboratory in São Gabriel da Cachoeira to create the necessary conditions for using the GenExpert machine that exists in the town and can be used to do PCR testing of patients with COVID-19.

“The test results come out in about an hour and can be done in the town, without having to send the samples to Manaus, as was the case until now,” explains Irene Huertas Martín, coordinator of the MSF project in the town. 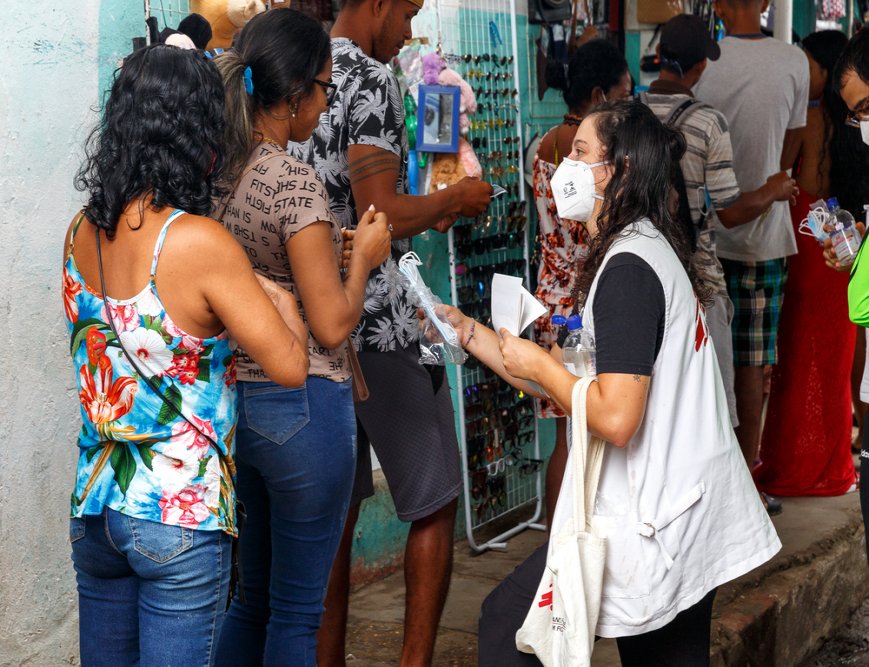 Diego Baravelli
An MSF health promotion team distributes masks to people waiting in line at the bank to receive emergency social safety net payment provided by the government during the pandemic.

MSF health promotion teams are providing COVID-19 safety information in the two towns, and will look into the need to do the same in Manaus. 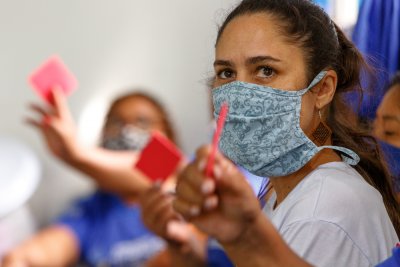 Ensuring that people know how to protect themselves and those around them remains one of the most important ways to avoid the spread of the disease in a region where access to adequate healthcare can be days away downriver.

An MSF team began arriving in Manaus on Monday to reinforce support for the health system in the state of Amazonas.

In Brazil, in addition to the projects in Tefé and São Gabriel da Cachoeira, MSF works in São Paulo, where it provides palliative care for COVID-19 patients who do not respond to treatment, at the Tide Setúbal hospital. 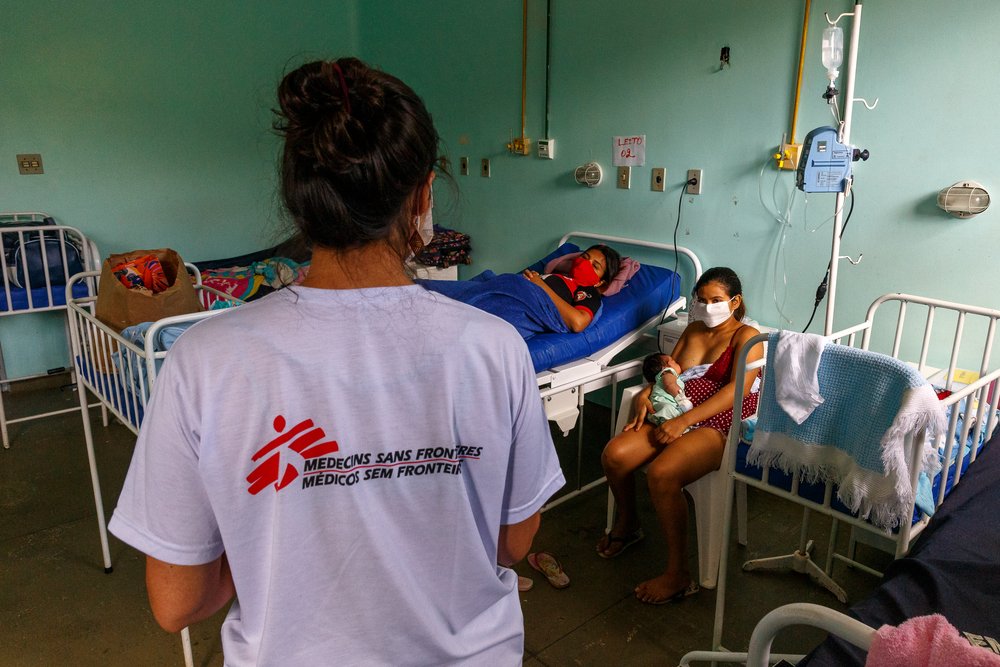 MSF recently ended its activities in the state of Mato Grosso do Sul, in rural areas around the towns of Amambaí, Corumbá and Aquidauana. MSF's response to COVID-19 in Brazil began in April 2020 and, in addition to the states already mentioned, activities were carried out in Rio de Janeiro, Roraima, Mato Grosso and Goiás.