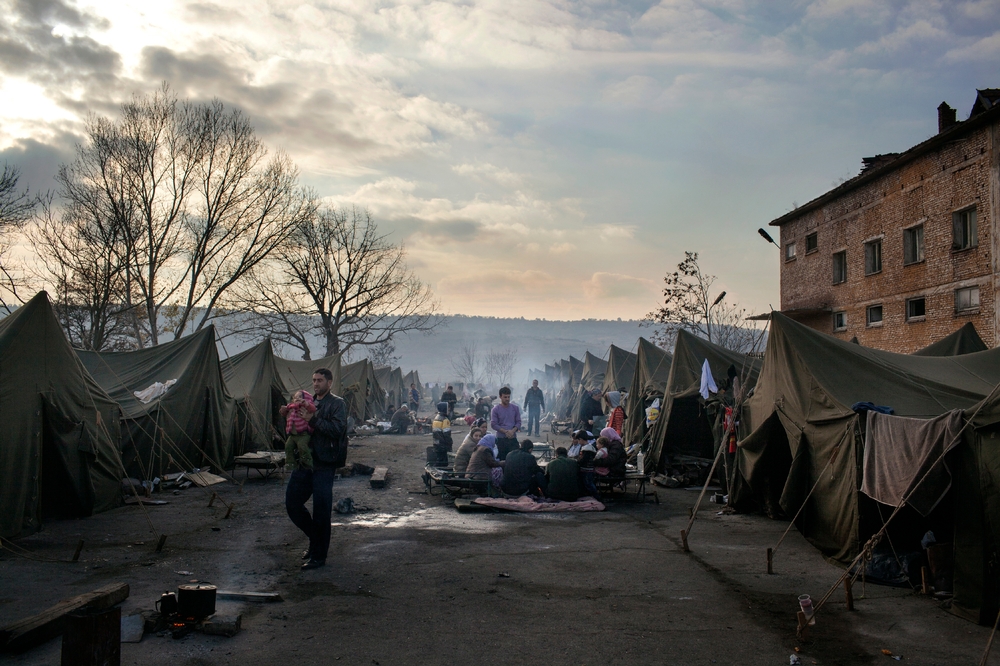 Bulgaria: MSF projects for refugees coming to a close

Over the past seven months, teams from Médecins Sans Frontières (MSF) have provided medical and mental healthcare, distributed essential aid and made improvements to buildings and facilities in three reception centres for asylum seekers in Bulgaria.

The centres, in Harmanli, close to the Greek and Turkish borders, and in the Bulgarian capital Sofia, are currently home to 1,500 asylum seekers, many of whom have fled war-torn Syria, making long often dangerous journeys to Europe in search of safety and protection.

MSF started working in Bulgaria last November after finding appalling conditions that included lack of food, shelter, and limited access to medical and psychological care. Despite the winter, people were sleeping in unheated tents, and up to fifty people were sharing one toilet.

Now that the authorities have had the chance to expand their capacity and conditions have improved, MSF is handing over the provision of medical and mental healthcare services to the Bulgarian government.

The organisation is calling on the authorities to continue to ensure access to healthcare for refugees living both inside and outside reception centres in Bulgaria.

“Though problems still remain, these centres are a real example to the rest of Europe that authorities can and should mobilise to improve reception conditions for migrants,” says Stuart Alexander Zimble, MSF Head of Mission. “We hope that these improvements continue and that standards are maintained after the departure of MSF.”

MSF is concerned about the capability of the local authorities to maintain hygiene standards, which could increase health risks and has already resulted in outbreaks of diseases such as hepatitis A.

Over the past seven months, MSF has provided more than 7700 medical consultations in Bulgaria, including 1725 to children under five, and 990 were for women during or after a pregnancy.

“We see many Syrian refugees who need treatment for chronic conditions such as diabetes and hypertension - conditions can become life-threatening without ongoing medical care,” says Carla Peruzzo, medical coordinator at the camp.

MSF has also provided psychological consultations to more than 60 patients, many showing very serious effects of past trauma including violence and torture.

Under EU minimum reception standards, asylum seekers should be provided with medical and psychological care, as well as specialised care for vulnerable groups such as victims of torture, sexual violence or for people with a disability.

“Psychological support is incredibly important for people who have fled war, conflict and violence. Some of our patients in Bulgaria have been tortured, others have fled for their lives after members of their family have been kidnapped or killed. Then they have made long, dangerous journeys to Europe, knowing that they face an uncertain future when they arrive.” says Carla Peruzzo.

Later this month, Bulgaria – with tacit support from the EU - will complete construction of a 30km fence to further close its land border, a strategy also pursued by Greece which closed its land border in 2012. The numbers of arrivals to Bulgaria have also drastically reduced in the last months.

Whilst things have improved in these reception centres, the wider issue of how Europe treats migrants and refugees at its borders remains far from resolved.

EU polices are supposed to ensure minimum standards and adequate protection, but member states still continue to take restrictive and repressive steps that cause additional suffering.

“We are heading into the summer months, when the number of migrants and refugees trying to reach Europe peaks,” says Aurelie Ponthieu, Humanitarian Advisor for migration. “Most of Europe’s land borders have closed, and thousands of people fleeing crisis like Syria or Eritrea will make a desperate journey across the sea, risking their lives.

MSF has provided medical care to migrants in reception and detention centers across Europe since 2000.