The number of displaced people seeking safety in Burkina Faso’s Centre-North region has almost doubled in six months to 386,000 as a result of growing insecurity and violence. Many have no option but to stay in improvised shelters in remote areas, without basic services and exposed to the elements.

“The water flooded all the tents so we had to get up and stay standing up until the morning, we hope that if we can’t return to our homes, at least we can fix our tents so the water doesn’t come in, otherwise this rainy season is going to be very difficult.”

In Pissila, a town some 130 km northeast of the capital Ougadougou, Nabonswendé recalls the first rains that hit the area in May: “The water flooded all the tents so we had to get up and stay standing up until the morning,” he says. “We hope that if we can’t return to our homes, at least we can fix our tents so the water doesn’t come in, otherwise this rainy season is going to be very difficult.”

Nabonswendé has lived in the Pissila area for the past year, but hopes to be able to return to his village, where living conditions are much better. “Even though a lot is being done to support us, going back to our home would be the best solution,” he says. “We are farmers and, when the rains come, our place should be in the fields so that we can provide for our families.”

“When our children get sick it is necessary to take them to the hospital, even if we risk going into debt, because we don’t have money”

Further north, in Pensa municipality, displaced people are also living in difficult conditions. “We’ve been living in the city hall building for 12 months now,” says Awa, who comes from Wapassi. “When it rains at night we can’t sleep because water comes in from roof. Before we had our homes and all that we needed. Now we feel miserable.” 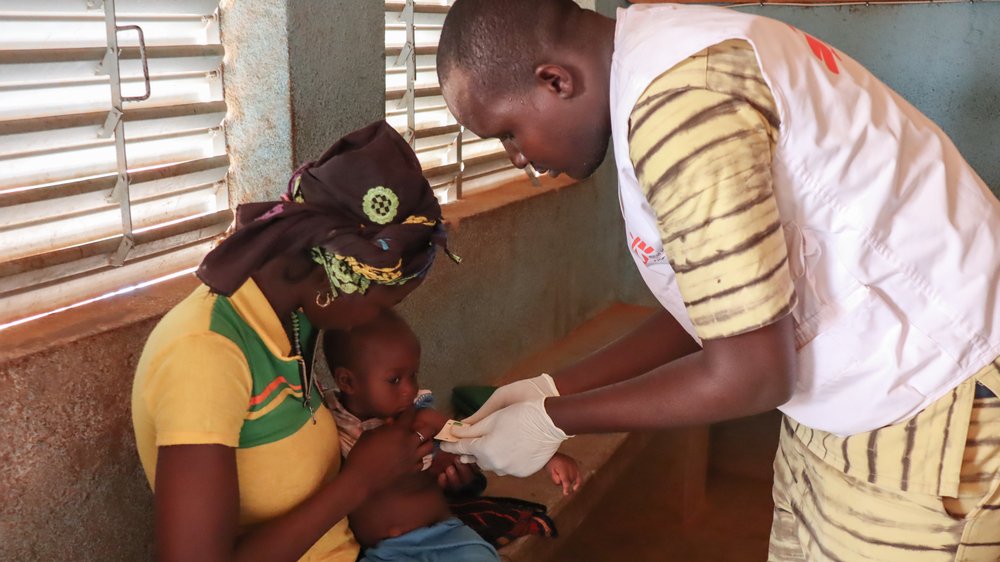 The makeshift shelters and other emergency accommodation where the displaced people are living are often unable to withstand the strong winds and heavy rain common at this time of year. Pools of stagnant rainwater raise the risk of waterborne diseases such as cholera and acute watery diarrhoea, to which children are especially vulnerable.

When children get sick, many parents are unable to pay for them to see a doctor, having lost their livelihoods when they fled their homes. According to Nabonswendé, many people go into debt to get medical care. “When our children get sick it is necessary to take them to the hospital, even if we risk going into debt, because we don’t have money,” he says.

Not enough space for everyone

“It’s a relief that MSF provides healthcare free of charge,” says Nabonswendé. “Health is the most important thing.” MSF has a health centre in Pissila as well as running mobile clinics to reach people in the surrounding areas.

While various organisations are striving to address the short and medium-term needs of the displaced people, the gaps are still considerable. Increasing pressure on the few available resources as a result of the growing number of displaced people also makes things difficult for the host communities. 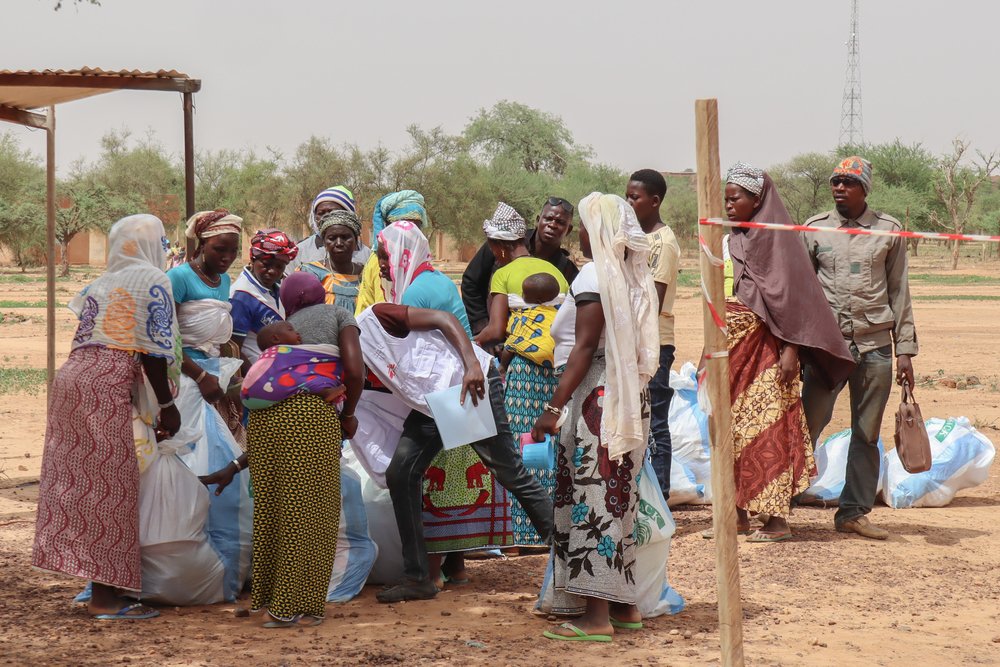 Noelie Sawadogo/MSF
Reception of the kits by the beneficiaries

“We were already many when new people started arriving,” says a resident of the town of Bourzanga. “Finding enough clean water for everyone is a big challenge. Now, with the rains, the quality of water will deteriorate and it will bring diseases. Food, accommodation and latrines are also a problem. We showed them where is safe to set up shelters – away from flood-prone areas – but there isn’t enough space for everyone.”

Challenges to meet the basic needs

Whether they are local or have arrived from elsewhere, people’s needs are extremely high, with the priorities being clean water, food, shelter and healthcare.

“To be able to guarantee the wellbeing and health of these people, they need better living conditions, including adequate shelters and a clean environment with functioning latrines, especially during the rainy season,” says Hassan Maïyaki, MSF head of mission in Burkina Faso. 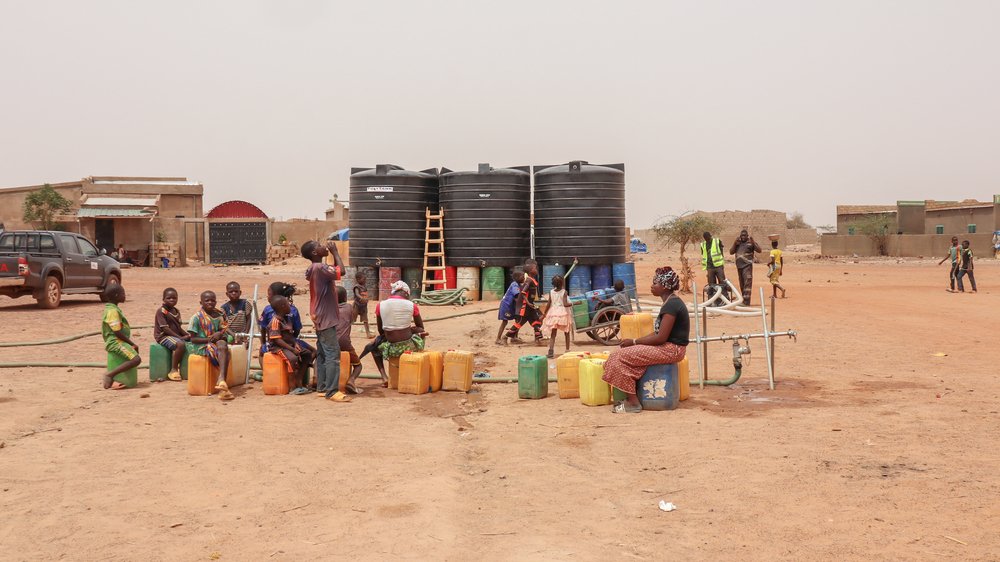 MSF teams have distributed hygiene kits, essential relief items and clean drinking water. The most recent distribution took place in Silmangué in the Centre-North, situated about 170 kilometres from Kaya.

There MSF distributed essential household items – buckets, jerrycans, cups and so on – and shelter kits to over 2,000 displaced families. However, Maïyaki says that much more is needed. “The number of displaced people keeps on increasing, and so do their needs, as do the needs of the host communities,” he says.

With displacement on such a large scale, overcrowded living conditions and poor water and sanitation create an environment where diseases spread easily. The rainy season brings an increased incidence of malaria, as the mosquitoes which spread the disease breed in stagnant water.

In 2019, malaria was the most common condition among our patients in the Centre-North region. This year is set to be no different, with 7,231 people already treated for malaria by MSF since January. 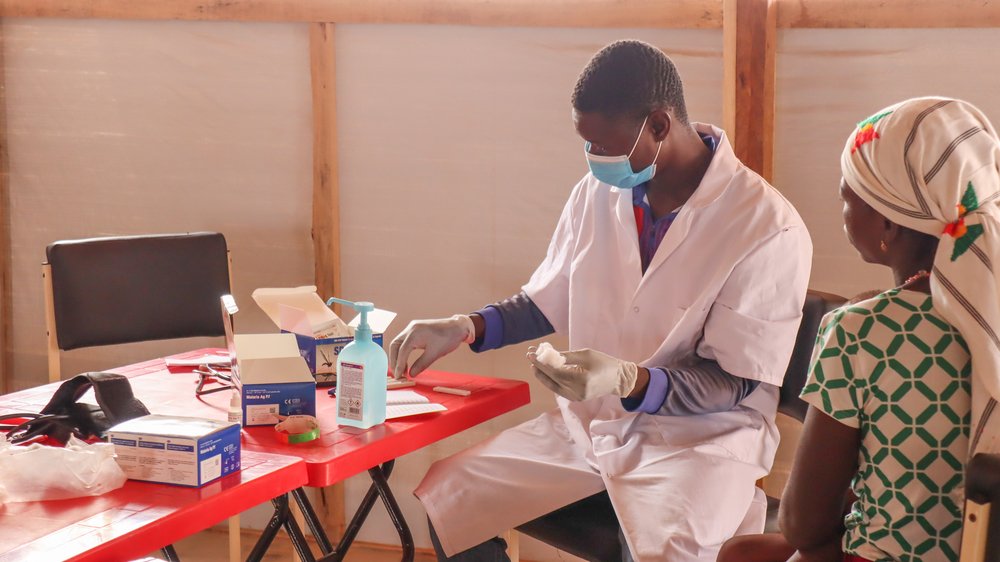 “More than 60 per cent of the displaced people in the Centre-North region are children, who are the most vulnerable to diseases like malaria,” says Maïyaki.

With malaria, early diagnosis and treatment are key in reducing deaths. However, medical care in the region is scarce, with at least 21 health centres in the region closed and 38 working at minimum capacity as of late May. Instead, regional health authorities are focusing on prevention, eliminating those conditions which allow mosquitoes and other disease carriers to multiply. MSF teams are ready to support local authorities in case of a spike in malaria cases.

Another health hazard brought by the rainy season is malnutrition, due to the seasonal hunger gap. Between January and June 2020, MSF has provided therapeutic feeding to 1,580 malnourished children. This number will likely increase as food becomes scarcer in the coming weeks. 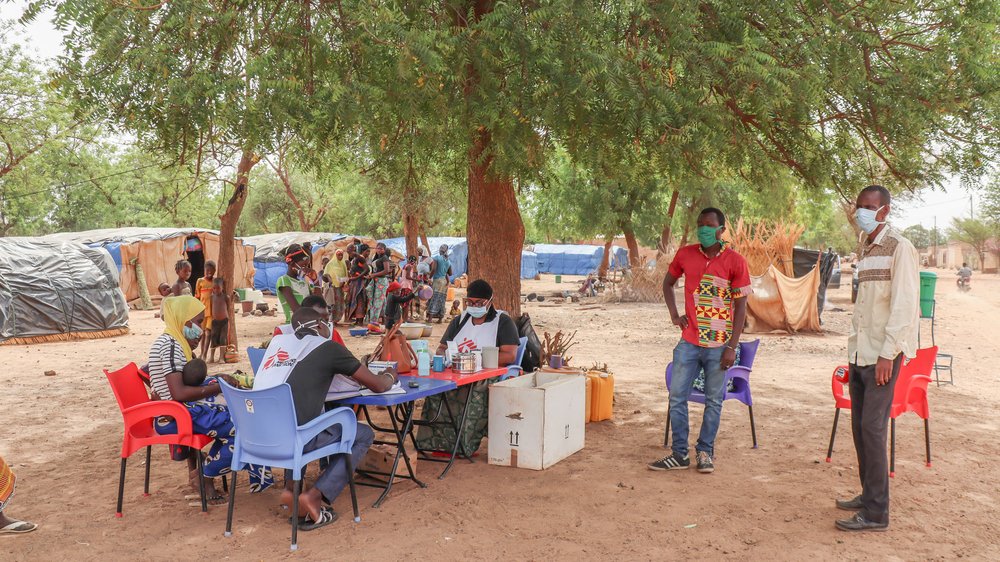 /MSF
Mobile teams set up at a site for displaced people to take care of patients in Kongoussi.

At least 2.2 million people in Burkina Faso are in need of assistance, according to the UN. It is vital to direct funds and human resources toward the improvement of living conditions for the most vulnerable people, says Maïyaki: “The magnitude of the situation is such that a permanent global approach is needed if we are to guarantee assistance to these people.”