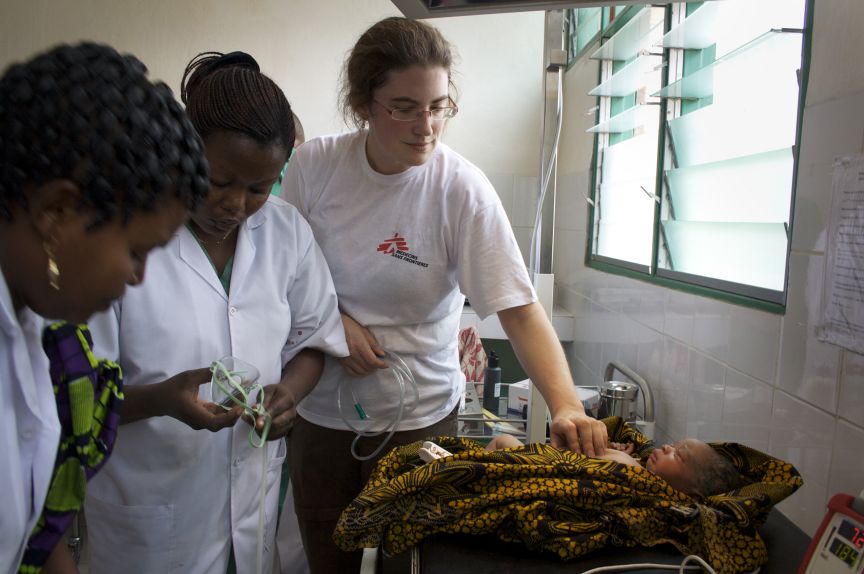 Burundi: MSF emergency centre on brink of collapse due to floods

In June 2008, MSF opened a new Centre for Obstetrical Emergencies in Kabezi.This specialised centre constitutes an essential component of MSF's project, taking on referred cases and providing medical care for women presenting complications during pregnancy or delivery and who cannot be treated in health centres

Heavy rains in the province of Bujumbura Rural, Burundi, caused Rusizi River to burst its banks and flood the MSF Centre for Obstetrical Emergencies in Kabezi (CURGO), where 42 women and 10 newborns were hospitalised. So far, other houses near the river have not been severely affected.

“It rained the whole night and the river spilled over again,” explains Chantal Dheur, MSF head of mission.

“Hospital wards, the operation theatre and the delivery room are completely flooded, with about 1.5 metres of mud rammed inside and around the building. The hospital is on the brink of collapsing unless urgent measures are taken to prevent the river spilling over a third time.”

During the first flooding on the night of Wednesday 6th to Thursday 7th January, patients were evacuated and urgent cases were referred to private clinics in Bujumbura. Another major flooding the next night that continued into the early hours of Friday then destroyed up to 20 metres of the centre’s walls.

“Today we are moving out all medical and surgical material from the centre to a safe place in Bujumbura city,” adds Dheur.

“Dozens of patients may be deprived of vital emergency care, as all activities of the CURGO centre are suspended and other clinics in Bujumbura only have a limited capacity.”

The CURGO centre opened in June 2008. Every month it assists about 250 women for complications during pregnancy or delivery, who need care not provided in health centres. This care is vital as complications can be fatal, both for the expectant mother and the newborn.

MSF has worked in Burundi since 1993. In addition to its Centre for Obstetrical Emergencies in Bujumbura Rural province, MSF responds to medical emergencies in the country, as in 2009 when a nutritional crisis hit the province of Kirundo.