Cabo Delgado, Mozambique: “I lost everything, including my eldest son”

Zainabo is a mother of three and one of many displaced people currently sheltering in a stadium in the city of Pemba, the capital of Mozambique’s Cabo Delgado province. The recent attack by insurgents on the town of Palma in March forced her to flee for her life, leaving everything behind, including her eldest son.

"I don’t know where he is now"

As I made my way through the stadium, where MSF teams are providing medical care, Zainabo called out to me, saying: “Mama, I’m not well. My heart is aching.” When I asked what happened, she told me her story. 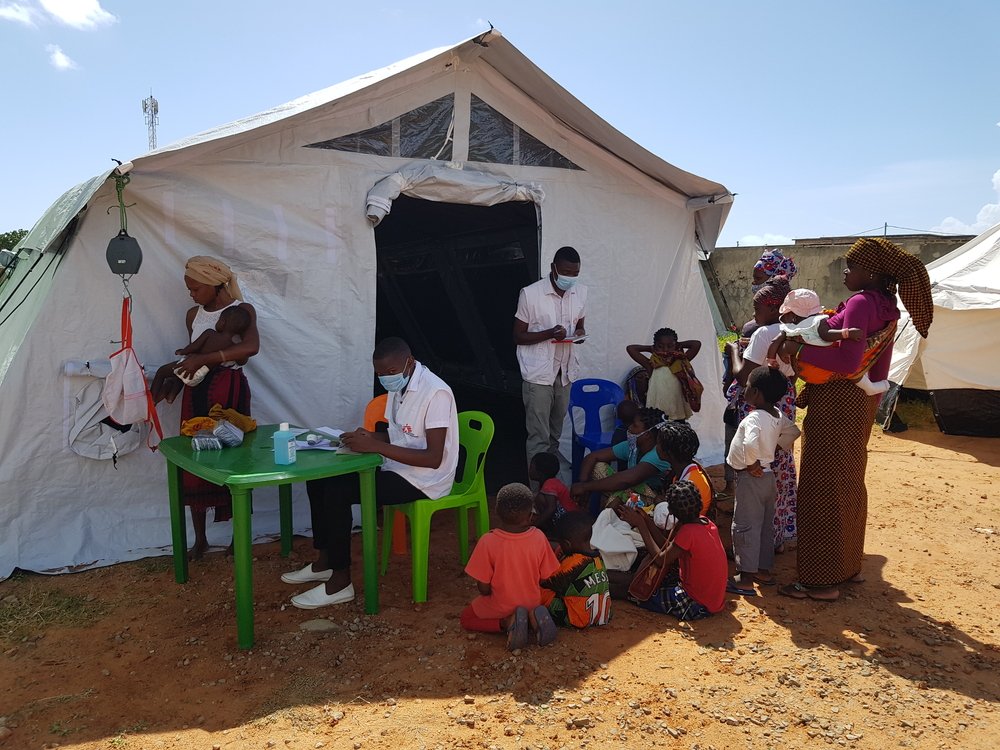 MSF/Amanda Furtado Bergman
MSF's tent at the Stadium, where the government is offering temporary shelter to IDPs that have arrived from Palma. MSF provides health consultations every Tuesday and Thursday.

“I opened a small business where I sold food and drinks. But when the attacks happened in Mocimboa da Praia [in 2020], I decided to move to Palma. I carried on with my business there and was able to make a living, but when this attack happened, I lost everything, including my eldest son. We became separated, and I don’t know where he is now."

“We were altogether when it happened. But as soon as we heard gunshots, we panicked and ran in different directions. I fell on the ground and people carried me into a backyard, where my two youngest children were."

“We left Palma and headed for Afungi [about 25 kilometres away]. We were scared and we hoped we’d receive some kind of help in Afungi, but the walk there was difficult – it was a miracle we made it."

We were constantly hearing gunshots and having to run. We were lucky to get there.

“I and my youngest son arrived here [in Pemba] by helicopter. My daughter came later by boat. But I didn’t want to leave. I told the people who were helping us in Afungi that I couldn’t find my son. But they said I had to leave and that they would look for him." 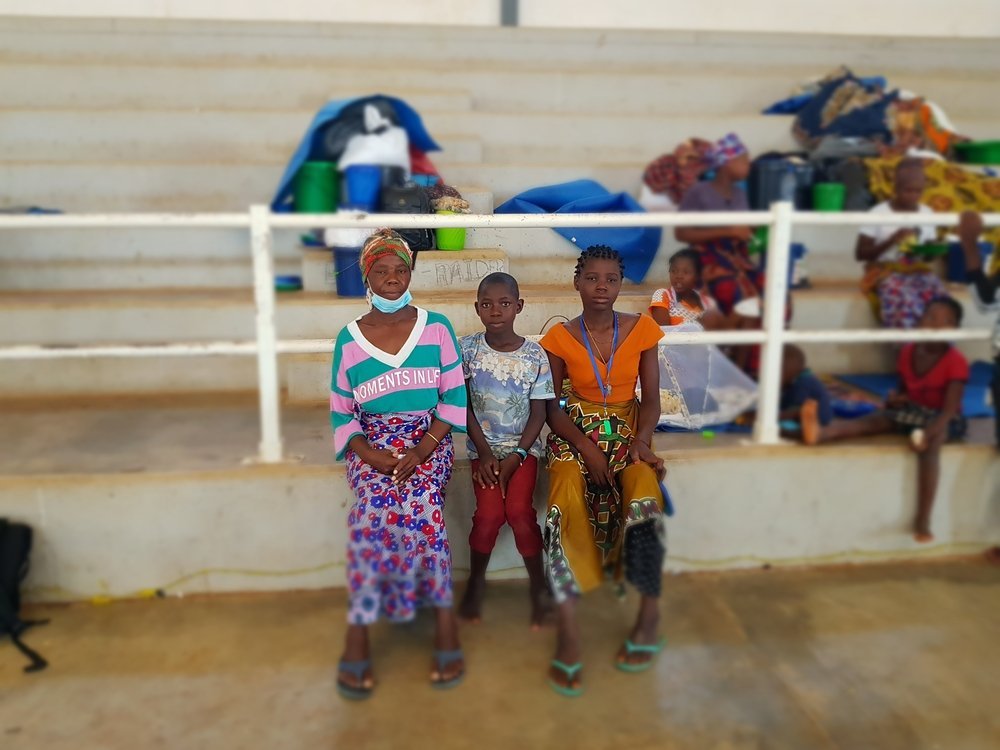 MSF/Amanda Furtado Bergman
Zainabo Bacar is one of the displaced people from the recent Palma attack. She is currently in the temporary shelter offered at the Stadium in Pemba while she tries to get news from her son that stayed in Palma.

"They took my picture and said that once they found him, they’d show him the picture, so that he knows I came here. They gave me a phone number to call for news in case they find him. But I don’t have a phone."

“I don’t know what I’m going to do. I have nothing. I don’t have family in Nampula, where I’m from – I left a long time ago."

"I have my children to look after, and I’m very worried because I haven’t found a place for us to go yet. For now, I’m staying here. But I need help." 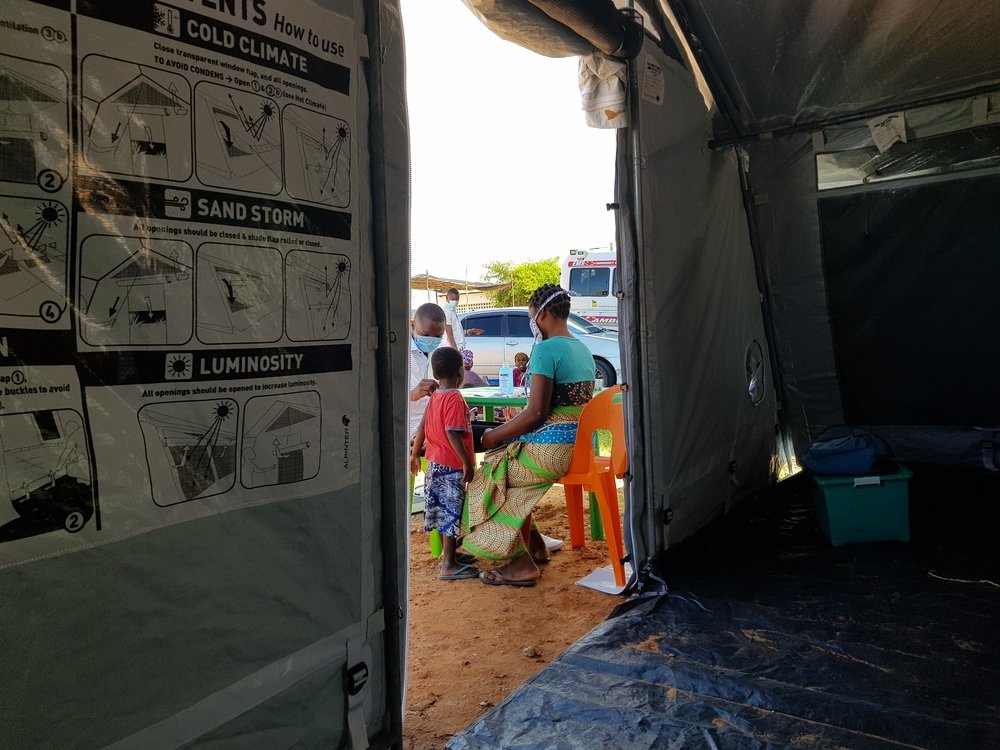 “I can’t go back to Palma. I saw the violence with my own eyes."

I lost a nephew, they decapitated him. I can’t go back.

Many families were separated when people were evacuated from Afungi, as priority was given to women, children, the elderly and disabled and those who were seriously injured.

As a result, many mothers, wives and sisters are now on their own, with no news from their loved ones, as communications with Palma and Afungi remain down*. 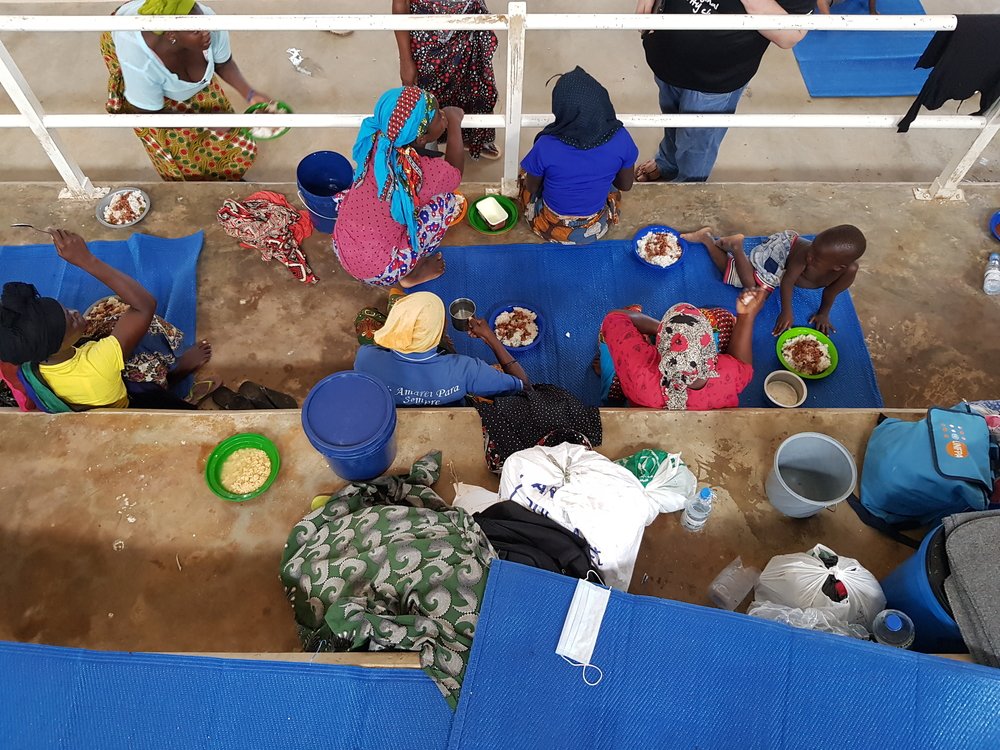 MSF/Amanda Furtado Bergman
Picture of general conditions in the Pemba Stadium, where hundreds of IDPs are being temporarily sheltered.

An estimated 90 per cent of people displaced by the recent attack in Palma that have made it to Pemba are staying with relatives and friends.

But those who have no one to host them have been left in limbo, living in the hope of reuniting with those who were left behind.

*Edit: communications are partially restored as of 13 April.