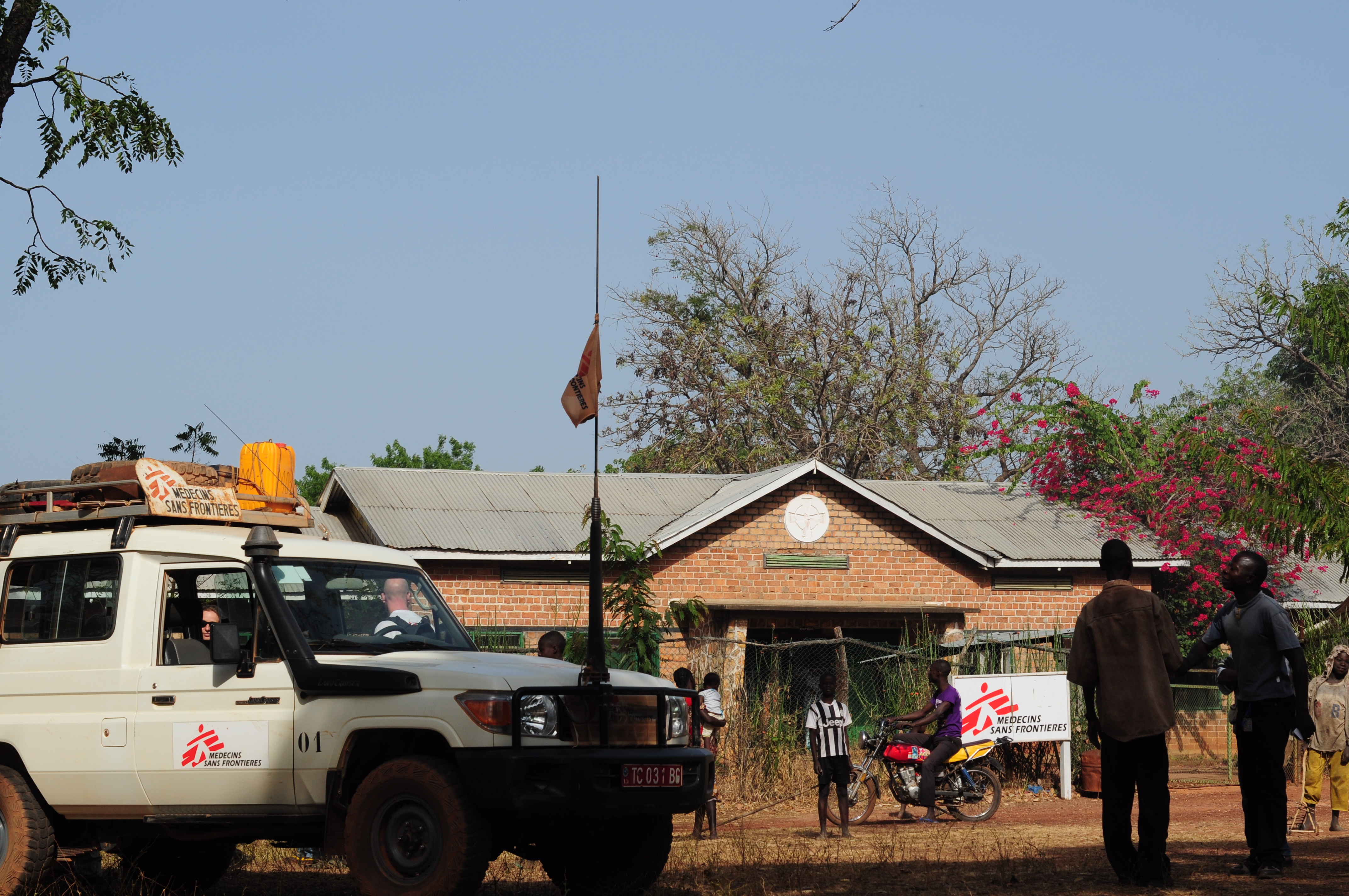 Sixteen civilians, including three national staff members with Medecins Sans Frontieres (MSF), were killed during an armed robbery on MSF hospital grounds in the northern town of Boguila, in the Central African Republic (CAR) on Saturday afternoon. MSF strongly condemns the unprovoked killing of unarmed civilians at a location clearly identified as an MSF health facility.

“We are extremely shocked and saddened by the brutal violence used against our medical staff and the community,” said Stefano Argenziano, MSF Head of Mission in CAR. “Our first priority is to treat the wounded, notify family members and to secure the safety of our staff, patients and the hospital.”

“This appalling incident has forced us to withdraw key staff and suspend activities in Boguila. While we remain committed to providing humanitarian assistance to the community, we also have to take into account the safety of our staff,” said Argenziano. “In reaction to this unconscionable act, we are also examining whether it is feasible to continue operations in other areas.”

The incident occurred when armed ex-Seleka members surrounded Boguila’s hospital grounds where a meeting was being held with forty community leaders invited by MSF to discuss medical access and care.

While some of the gunmen robbed the MSF office at gunpoint and fired shots into the air, other armed men approached the meeting place where MSF staff and community members had gathered together on benches. Unprovoked, the armed men started firing heavily into the crowd, leaving both dead and critically wounded.

MSF is the only international humanitarian organisation working in the Boguila area to assist a population increasingly exposed to deadly and indiscriminate attacks by armed groups operating in the area.

Saturday’s deadly events constitute an unacceptable attack not just on civilians but also on the ability to provide medical and humanitarian assistance.

MSF calls on all parties to the conflict to respect the neutrality of health care staff, facilities and activities.

Since the coup d’état in March 2013, Boguila has been unstable with increasing tensions and violence, which provoked a massive population displacement in the area in August 2013.

In December 2013, Muslims fleeing violence from the nearby village of Nana Bakassa, sought refuge with host families in Boguila before moving further north.

More recently, on April 11, nearly 7,000 people fled into the bush, and up to 40 sought shelter on MSF grounds after an armed group attacked a convoy, accompanied by MISCA, that was transiting through Boguila.

Since 2006, MSF has managed the 115-bed hospital in Boguila, and dispensed primary and secondary health care for an estimated population of 45,000 inhabitants in the region.

The MSF teams also support 7 health posts around Boguila in the provision of primary healthcare, mainly treating malaria and referring the severe cases to the hospital. Each month, between 9,000 and 13,000 general consultations are provided and between 5,000 to 10,000 people are treated for malaria.

MSF has been working in CAR since 1997. Currently, MSF has more than 300 international staff and more than 2,000 Central African staff working in the country.

MSF is running seven regular projects (in Batangafo, Carnot, Kabo, Ndélé, Paoua, Bria and Zémio) and eight emergency projects (in Bangui, Berbérati, Bouar, Boguila, Bossangoa, Bangassou and Bocaranga as well as mobile clinics in the north-west of the country).

find out more about our work in caR >