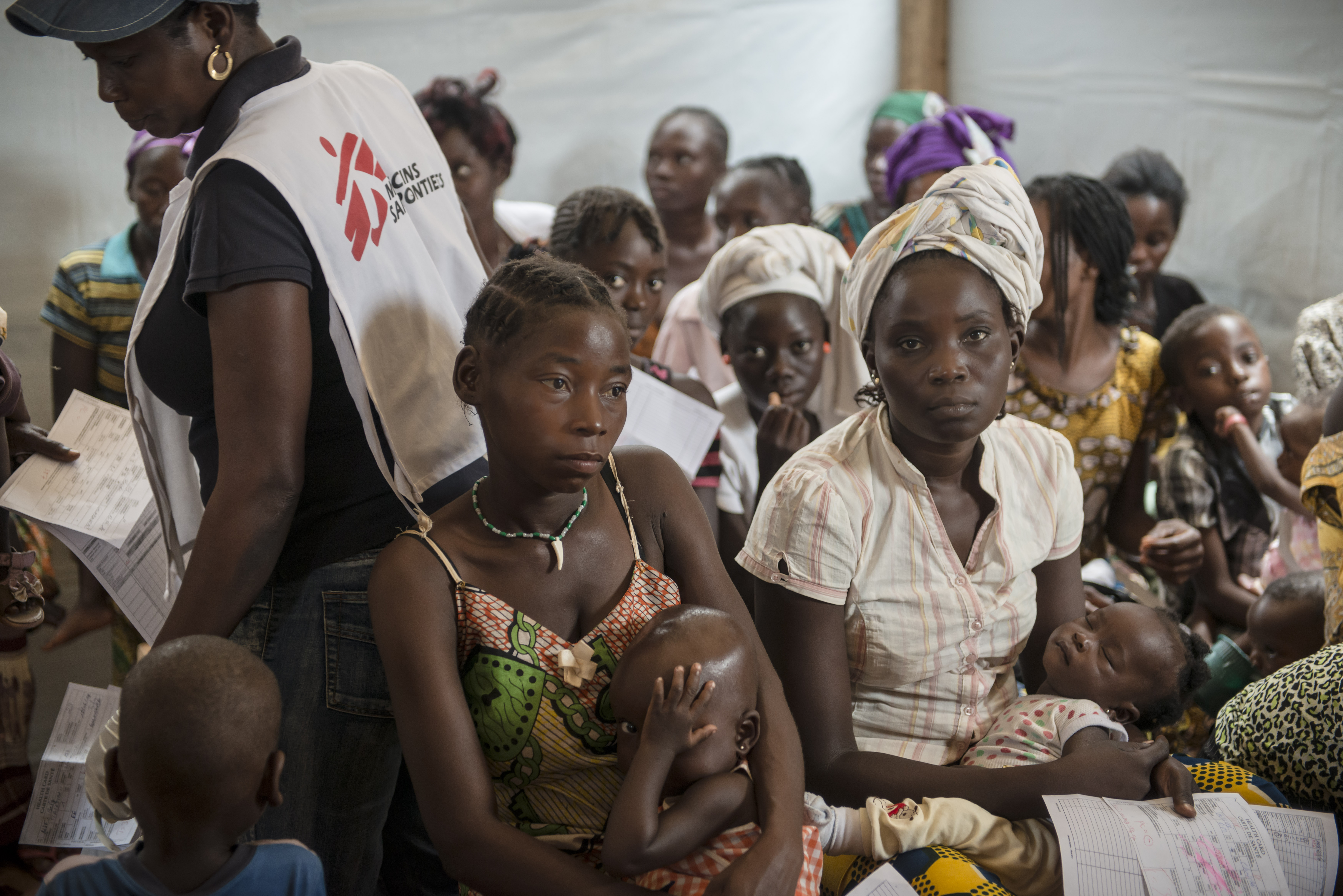 The Central African Republic (CAR) crisis is into its second year since the March 2013 coup d’état. While the nature of the violence may have changed and frontlines shifted, the fighting continues.

Civilians bear the brunt of these clashes between the increasingly fragmented Anti-Balaka militias and the ex-Seleka rebel groups, as well as criminal elements acting with impunity.

Although international forces on the ground are growing in number, they are still unable to protect the civilian population, which is vulnerable to the violence, mass displacement, hunger and disease. Stefano Argenziano, Head of Mission with Médecins Sans Frontières (MSF), has just returned.

What was the situation like in CAR when you arrived this year in March?

It was a time of upheaval for the country’s Muslim population, who moved out of Bangui and towns like Bossangoa, where we work, to other places inside or outside CAR.

There were frequent attacks by both Christian and Muslim militias, and besieged populations in enclaves could not move outside their safe zones.

Our team used to deliver medical care to PK12, a vulnerable Muslim enclave in Bangui, and would consider it a ‘’normal” day when no more than two grenades were thrown into the area.

Relocating people to relative safety in many cases turned out to be the only viable solution, but in reality represented a failure of those who had a mandate to protect that population.

What was the impact of the attack at Boguila hospital on April 26, which resulted in the deaths of 18 community leaders and 3 MSF staff?

When I first visited in early April, Boguila’s population had been increasingly exposed to violent attacks, from local self-claimed rebels, or the more organized ex-Seleka groups coming from the east.

Every time there was a perceived risk, or warning shots fired by armed groups, people developed such fear that they automatically fled to where they considered it was safe – in the bush or at the MSF hospital grounds.

Boguila’s population and MSF were extremely shocked by the killings. Our staff expressed a large range of emotions, from grief to rage. In Boguila people understood our decision to stop medical activities in protest, and demand strong condemnations from the interim government and armed group leaders. Many of them did denounce the attacks, but Boguila is still not secure.

Although the hospital remains closed we have resumed some medical activities so that at least we can treat  the deadliest threat to children under 5  like malaria, as well as respiratory tract infections and diarrheal diseases in our health posts.

Why did MSF start treating people on the new battle frontline of Grimari and Bambari?

Since April a new frontline has formed around Grimari and Bambari, towns about 80 kilometers apart in the center of CAR, which serve as a gateway to the east and its rich natural resources.

With both a Muslims and Christian population, there is also a high concentration of anti-Balaka and ex-Seleka fighters, and an international presence of French Sangaris and African Union troops.

This past month a number of villages around Grimari and Bambari were burnt to the ground and thousands  of people were displaced. In Bambari town recent fighting led to over 20,000 people being displaced within their own town, including part of the Muslim community previously evacuated from the PK12 enclave in Bangui.

This forced displacement, which has remade CAR’s demographic geography, will have ramifications for years to come.

People hiding in the bush would be cut off from all assistance if it weren’t for our intervention there. We have mobile clinics that travel up to six hours each day to treat children at risk for malaria, as well as the war-wounded.

A system of rural ambulances has been put in place for those wounded, using our vehicles and, for bad roads, motorbikes. Although we are able to negotiate our access through the checkpoints of both warring parties, this is still not a guarantee for the safety of our teams  or for the patients we try to transfer, and being caught in crossfire is also a constant worry.

What are the biggest challenges for the people of CAR now?

CAR has been in a state of crisis for years. What is shocking is that what started in 2013 is the deterioration of a situation that was already dire.

Having worked in CAR three times since 2006, it seems there is no end to the suffering of the population. But then there are our patients.

When I was last in Grimari, we transported a man to hospital in Bangui who had a machete cut to the neck, and was dying. His wife and six-month old child came along.

About three weeks later I saw him discharged from the hospital, smiling. These are the human stories that make the difference.