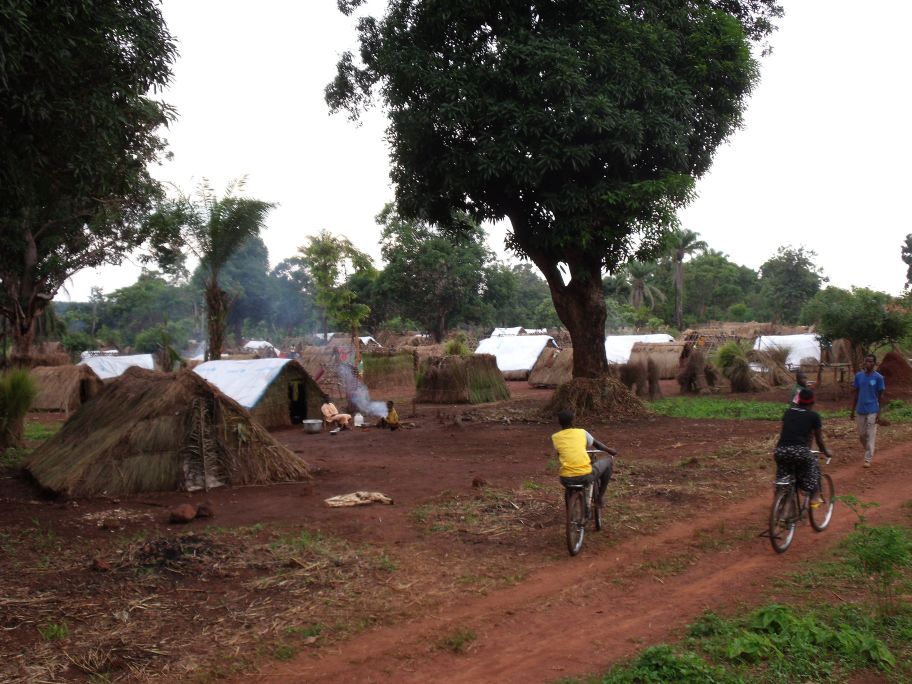 An upsurge in attacks by the Lord’s Resistance Army (LRA) in late April caused thousands of people to leave their homes and head for the small rural town of Zémio, in the southeast of the Central African Republic (CAR).

Since May, MSF has been providing medical support for the displaced people as well as for the host population.

“Throughout April, the LRA made several vicious attacks on towns in this area. But, suddenly, it wasn’t isolated attacks any more, it was just attack after attack after attack in the small villages around Zémio, all around 35 to 40 kilometers away,” describes Peter Heikamp, MSF Project Coordinator.

“By early May there were already several thousand displaced people in the town, and more were arriving daily. We quickly saw that the health problems could escalate, and our team in the capital, Bangui, decided to intervene as quickly as possible. We wanted to be on the ground to avoid increasing mortality, instead of reacting to increasing mortality.”

When an MSF team arrived in Zémio at the beginning of May, roughly 4,000 people had fled there in search of protection against the frequent LRA attacks. Authorities had allocated three sites, one on each main road leading into Zémio. A fourth camp already housed about 3,000 refugees from the Democratic Republic of Congo, who had fled from LRA attacks in October of last year.

“The displaced were asked to build their own huts in the camps, which was difficult at the time, as there was no straw for the roofs – it was the end of the season.

So for the first two months most people lived with host families,” says Heikamp. “Of course, this put an immense pressure on the local population.

Imagine: some households that would usually consist of eight were now supporting 20 to 25 people! The residents were very generous, but the situation became untenable. So people moved into the camps as soon as plastic sheeting arrived and they could finish building their huts.”

MSF first started an outpatient department to support the local Ministry of Health hospital on 10 May, and went on to set up health posts in the camps.

“I think we realised quickly that the camps were where we needed to be. They are not built in an organised manner, but are quite chaotic, with the huts being very close to each other. We needed to be directly inside and have proximity to the people in order to avoid simple diseases from causing a bigger problem,” says Tipperary native, Orla Condren, who works with MSF as a nurse.

“Our clinics in the camps are quite simple, with plastic roofs and wooden benches. We are concentrating on malaria, diarrhoea and chest infections.”

To avoid disease spreading, MSF organised a measles vaccination campaign in June, during which 1,600 children were vaccinated. Currently, catch-up vaccinations are being organised and a feeding program is underway in response to the high levels of malnutrition amongst the Congolese refugees when compared with the rest of the population.

“It seems that they are even more vulnerable than the displaced Central Africans. Probably that is because they have lived in camp conditions for longer now, and might receive less support from the local population,” says Heikamp.

“By now, overall we are seeing about 450 patients a week – the number has increased steadily and almost doubled since our arrival two months ago.

Malaria is by far the biggest killer. We have recently started to get involved in the inpatient department at the local hospital, as we saw a rise in patients with severe malaria. What we also see is an overall increase in severe malnutrition,” recounts Condren.

“It’s not a case of chronic malnutrition – the general nutritional status of the displaced population is quite good. But as children change situation they eat less, and as their breast-feeding mothers are eating less as well, the children are getting less nutrition. When you mix that with even simple malaria, you’re going to get malnutrition very, very quickly.”

The biggest challenge the project is facing is logistics. Zémio is a rural town with no electricity grid or water system, with just one main street and a market area.

It is a five-day drive from the capital, Bangui, through a highly insecure area. “Luckily there is an airstrip, which allows us to fly some supplies in, but there have been situations when I’ve been extremely worried, when cases came in and we just didn’t have the drugs or the therapeutic food we needed for our patients,” says Condren.

“But the situation has stabilised a bit, and we share the work with other organisations, which provide food and non-food items and look after water and sanitation issues,” adds Heikamp.

“Generally, the reception of the people here has really been quite inspiring. It’s not a population that’s accustomed to living on humanitarian aid; people are quite gracious and thankful of the aid that we’re bringing. Most people left their villages with what they had in their hands or what they were wearing at the time, running for their lives,” says Heikamp.

“At this moment there are still some displaced people coming, but the flow has slowed down considerably, as the villages within range of this town are empty. Yet we still hear reports of attacks within a 100-kilometers radius, so the situation is still too volatile for people to return.” MSF continues to monitor the situation in the greater area to respond to emerging needs of the population from attacks by the LRA.

MSF has been working in the Central African Republic since 1997. Currently, the organisation is implementing projects to provide care to people mainly in north-eastern areas of the country, in Kabo, Batangafo, Boguila, Markounda, Maïtikoulou, Paoua and Bocaranga.