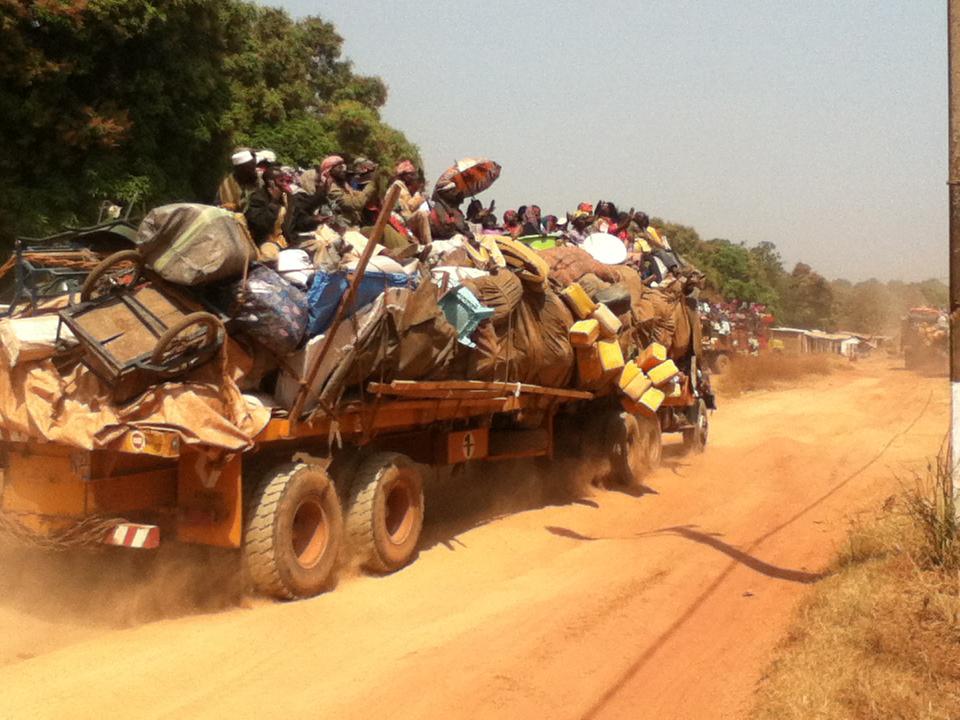 Over the past weeks the extreme violence in the Central African Republic has reached intolerable and unprecedented levels, said the international medical-humanitarian organization, Medecins Sans Frontieres (MSF).

The whole civilian population is trapped within extreme polarised violence, and each day, civilians are paying the price of abuses committed by the two main armed groups - the ex-Seleka and the opposing anti-Balaka.

Although the conflict is complex and all communities are affected by the violence, one of the latest developments is taking place in the form of collective reprisals against the minority Muslim community.

In many towns, Muslim groups are currently isolated and threatened by anti-Balaka forces while tens of thousands have already left the country into exile in Chad or Cameroon.

"Constant fear for their lives"

“Civilians remain in constant fear for their lives, and have been largely left to fend for themselves.” says Martine Flokstra, MSF’s emergency coordinator. “In the northwest and in Bangui, we are currently witnessing a direct retaliation against the Muslim minority.

We are concerned about the fate of these communities trapped in their villages, surrounded by Anti-Balaka groups and also about the fact that many Muslim families are being forced into exile to survive.”

In Bangui, fighting and looting continues unabated. In January alone, MSF treated over 1650 wounded patients from both communities as a direct result of the violence.

At the Castor Health Centre, MSF has admitted 91 patients with machete or bullet wounds in the last week.

At the airport camp, where 100.000 Christian civilians are taking shelter, teams have provided medical care to 265 patients wounded in the violence in January, 100 in the past week alone. MSF teams have treated wounded patients in at least eight different towns in the northwest.

Fighting in the northwestern towns of Bouca, Bossangoa, Carnot, Berberati and Baoro has forced the Muslim population to leave.

In Bozoum, the community of 2.500 members left the village on Wednesday. In Bouar, more than 8000 people remain effectively imprisoned, unable to flee the violence to which they have been subjected. Armed groups are preventing their departure, and access to healthcare is almost impossible.

Thirty thousand refugees have already crossed the border to Chad while 10,000 have reached Cameroon. In Bangui, Muslim families are gathering in a separate camp at the airport, in the great Mosque or in isolated displacement sites like the one at PK12, waiting for a possible departure or hoping for some protection.

The majority Christian population also remains affected and thousands are still living in panic. The conflict has caused massive displacement and hundreds of thousands of people are currently seeking refuge at religious centres in towns or at the airport in Bangui living in appalling conditions, too scared to return to their homes.

“The effect of the violence on the entire civilian population has reached shocking levels,” continued Flokstra. “The indiscriminate and seemingly unstoppable violence has continued to reach new heights over the last months. Past actions and current efforts are insufficient in the face of the ongoing crisis.”

MSF has been working in Central African Republic since 1997, and now runs seven regular projects in Batangafo, Boguila, Carnot, Kabo, Ndéle, Paoua and Zémio, and seven emergency projects in Bangui, Bouar, Bozoum, Bossangoa, Bouca, Bria and Berberati. MSF has more than 200 international staff and 1800 local staff working in the country.