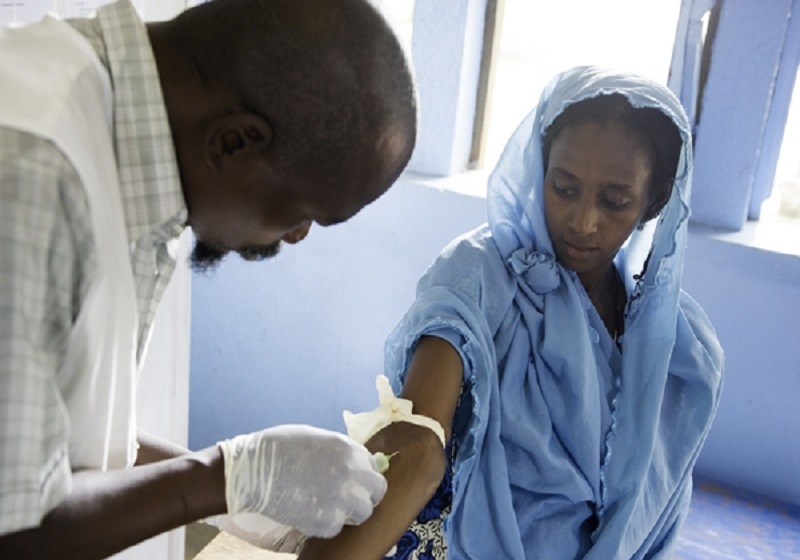 A mobile team of MSF medics is travelling to remote villages in the unstable southeast of Central African Republic to find and treat people suffering from a neglected disease.

As 11-year old Natacha tosses and turns in a hospital bed in a village in Central African Republic (CAR), her parents sit close by, their faces drawn with worry.

A doctor and nurse from Médecins Sans Frontières/Doctors Without Borders (MSF) are preparing to treat their daughter for sleeping sickness (human African trypanosomiasis), a tropical disease that penetrates the liquid around the brain and, if not treated quickly enough, is fatal.

As her condition worsened, her parents heard through the village leader that MSF doctors were in the nearby town of Mboki treating people with sleeping sickness. “We decided to take the risk and make the trip anyway,” says her father.

Sleeping sickness is transmitted by the tsetse fly, and is mainly found in central Africa. During the first stage of the illness people feel feverish and weak but once the parasite enters their central nervous system their symptoms change and they become confused, lose their coordination and suffer sleep disturbances and personality changes.

Their mental faculties deteriorate until eventually they sink into a coma - the long sleep which gives the illness its name.

In the week before screening started, community health workers - with the help of local authorities - travelled around the area raising awareness of the disease and passing on the message that free testing and treatment was available.

Since 2006, monitoring and controlling sleeping sickness in the remote and inaccessible southeast of CAR has been particularly difficult due to cross-border attacks by Ugandan rebel group the Lord's Resistance Army.

During their 18 days in Mboki, MSF staff screened 4,534 people. Thirty were suspected of carrying the disease and six cases were confirmed.

Currently, the most common treatment for the disease is nifurtimox-eflornithine combination therapy (NECT) which, while an improvement on previous treatments, is still complicated to administer because it requires multiple injections and close patient monitoring – things which are frequently unavailable in sub-Saharan Africa.

One of those diagnosed in Mboki was Marie Claire, a young woman in the early stages of pregnancy. To protect her unborn child from the toxic drugs, she will not start treatment until the second trimester of her pregnancy. In the meantime, MSF staff based permanently in Haut M'boumou will monitor her closely.

"For now she is in good health, but sleeping sickness is a chronic disease and she will need to be evaluated weekly," says Brian d’Cruz, a doctor with the MSF mobile team.

Marie Claire is fortunate in that she was diagnosed before the disease had done permanent damage.  But for others, treatment comes too late. Tragically, 11-year-old Natacha died two days after arriving at Mboki hospital.

MSF’s sleeping sickness specialists are determined that deaths like Natacha’s will soon be something of the past, and that the disease will be reduced in central Africa.

Over the past decade, the number of reported sleeping sickness cases has dropped, while treatments have improved. However, still lacking are easy-to-use tests and oral medicines that can be used in remote settings – though two oral drugs are currently being developed. Another obstacle is that national sleeping sickness programmes often lack adequate staff and funds.

Until sleeping sickness is banished, MSF will continue to work to improve access to quality care to people suffering from this neglected but devastating disease.