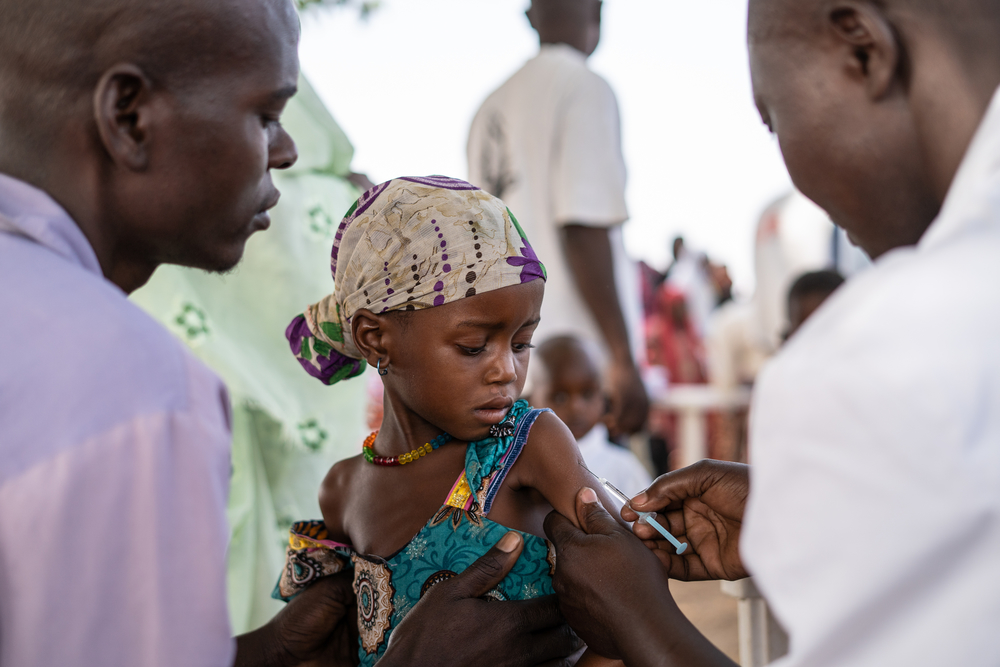 Chad: “The measles epidemic declared in May 2018 is still not under control”

MSF emergency team vaccinates 107,000 children against measles and steps up its medical response as year-long outbreak steps up in intensity

Parts of Chad, including the capital N’Djamena and the city of Am Timan, are in the throes of a measles outbreak that has lasted for a year and is rising in intensity. To help bring it under control, an emergency team from international medical organisation Médecins Sans Frontières/Doctors Without Borders (MSF) has carried out a mass vaccination campaign in Am Timan district, protecting 107,000 children against the potentially life-threatening disease.

“Chad has a pattern of measles outbreaks, which usually start in spring and die out when the rains start in June,” says MSF emergency coordinator Theresa Berthold. “However, 2018’s measles outbreak is still continuing. The epidemic is still not under control.” 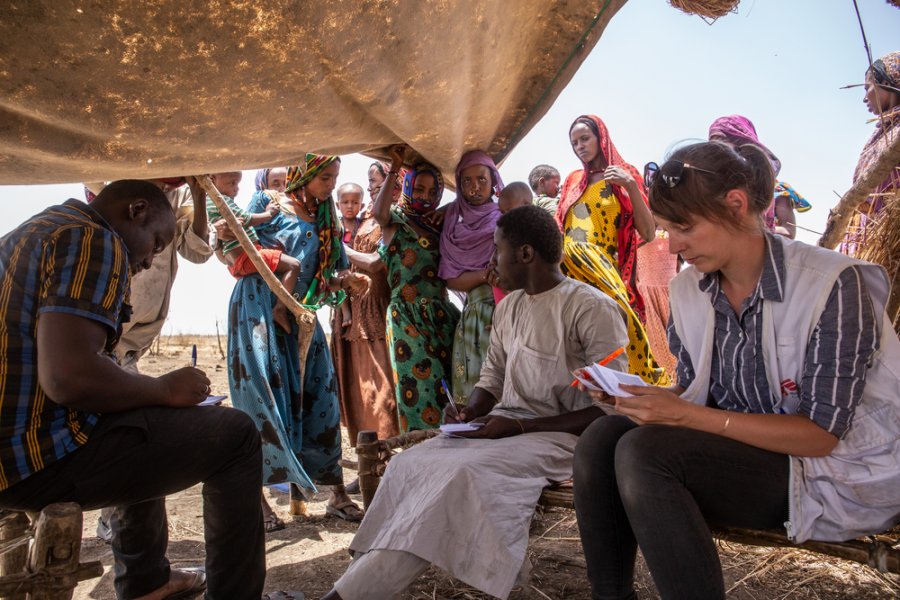 Juan Haro
Theresa Berthold, Project Coordinator of the CERU helps the team to register nomad children in an isolated settlement 30 km away from Djouna as part of the mass measles vaccination.

Officially declared in Chad in May 2018, the measles outbreak has affected 69 of the country’s 126 districts. In January, the outbreak increased in intensity, with 9,000 measles cases and 68 deaths reported in the first three months of 2019. This is a huge increase on the previous year, with 5,336 measles cases and 96 deaths reported by the Ministry of Health from May to December 2018.

MSF’s Chad Emergency Response Unit arrived in the city of Am Timan in January, when this new peak was declared. Over four weeks, 150 MSF staff vaccinated 107,000 children in Am Timan city and 13 other locations in Am Timan district. The emergency team is also helping to manage measles patients in Am Timan hospital and three health centres, which provide free medical care. MSF teams in Am Timan cared for 1,677 children with complicated measles in the first three months of 2019.

In the days leading up to the mass vaccination campaign, MSF’s team in Am Timan visited local communities – including the area’s nomadic population – to share information about protecting their children from measles. “We had a number of nomad fathers coming from several kilometres away to get their children vaccinated after hearing about the campaign from our team,” says Berthold. “One of them took us later to his community so we could vaccinate all of the other children there.”

In the capital, N’Djamena, MSF has turned its former inpatient nutrition centre, set up in July 2018, into a measles unit to provide inpatient care for affected children. MSF’s support to health facilities in managing measles patients has increased; so far, some 1,500 patients have been treated in 21 MSF-supported health centres. Working with 270 community health workers, MSF is also supporting active case-finding to find children with measles and refer them for medical care.

MSF’s mass vaccination campaign in Am Timam is not the only one to have taken place in Chad over the past year, but the current national response to control the outbreak appears to be insufficient.

To achieve ‘herd immunity’, 95 percent of children need to be vaccinated. Chad is far from achieving this, with just over one in three children under the age of five (37 percent) vaccinated against measles, and just one in four fully immunised against common childhood diseases, according to the latest data shared by Chadian health authorities.

“A concerted effort by the Ministry of Health and international organisations is needed to halt the epidemic,” says Martin Braaksma, MSF’s head of mission in Chad. “Without a national mass vaccination campaign for all children in Chad under the age of five, the health of the hundreds of thousands of malnourished children expected during the seasonal hunger gap starting in June or July, will be jeopardised. A country-wide free measles treatment system should also be established.”

Malnutrition and measles is a killer combination, as measles can worsen malnutrition, while the low immunity caused by malnutrition can make measles much more severe, increasing the risk of death.

“It’s only by reaching the point where all children in Chad are fully immunised that future measles epidemics will be prevented and people will be allowed to escape the vicious circle of yearly outbreaks that put the lives of thousands of children at risk,” says Braaksma. 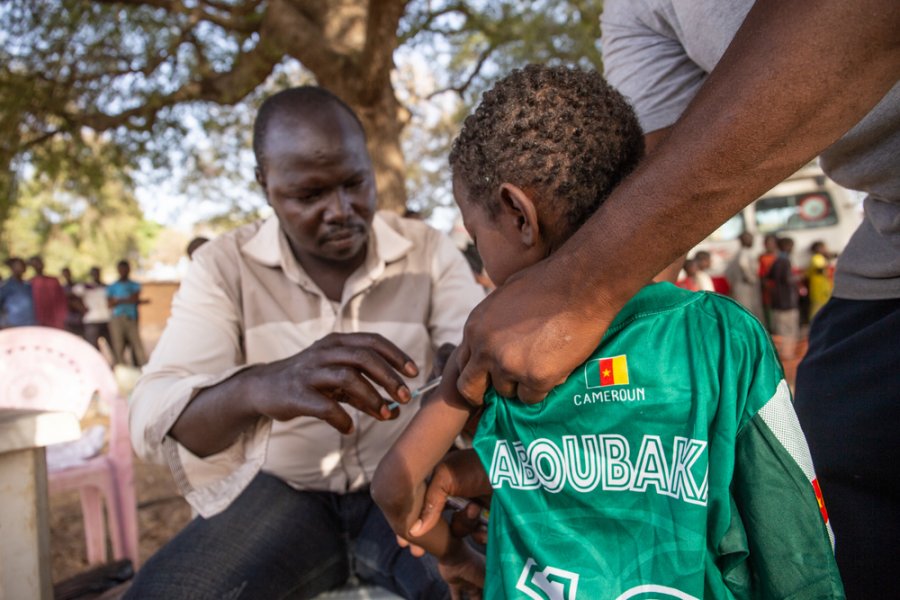 Juan Haro
A child receives his measles vaccine from the MSF vaccination team in the last minutes of the vaccination day in Am Kiféou, Am Timan region.

MSF has been working in Chad for the past 37 years. Its Chad Emergency Response Unit provides a rapid medical response to epidemic emergencies, providing free quality treatment and carrying out emergency vaccination campaigns. MSF also runs medical activities in Moissala in Mandoul region.

our work in chad >