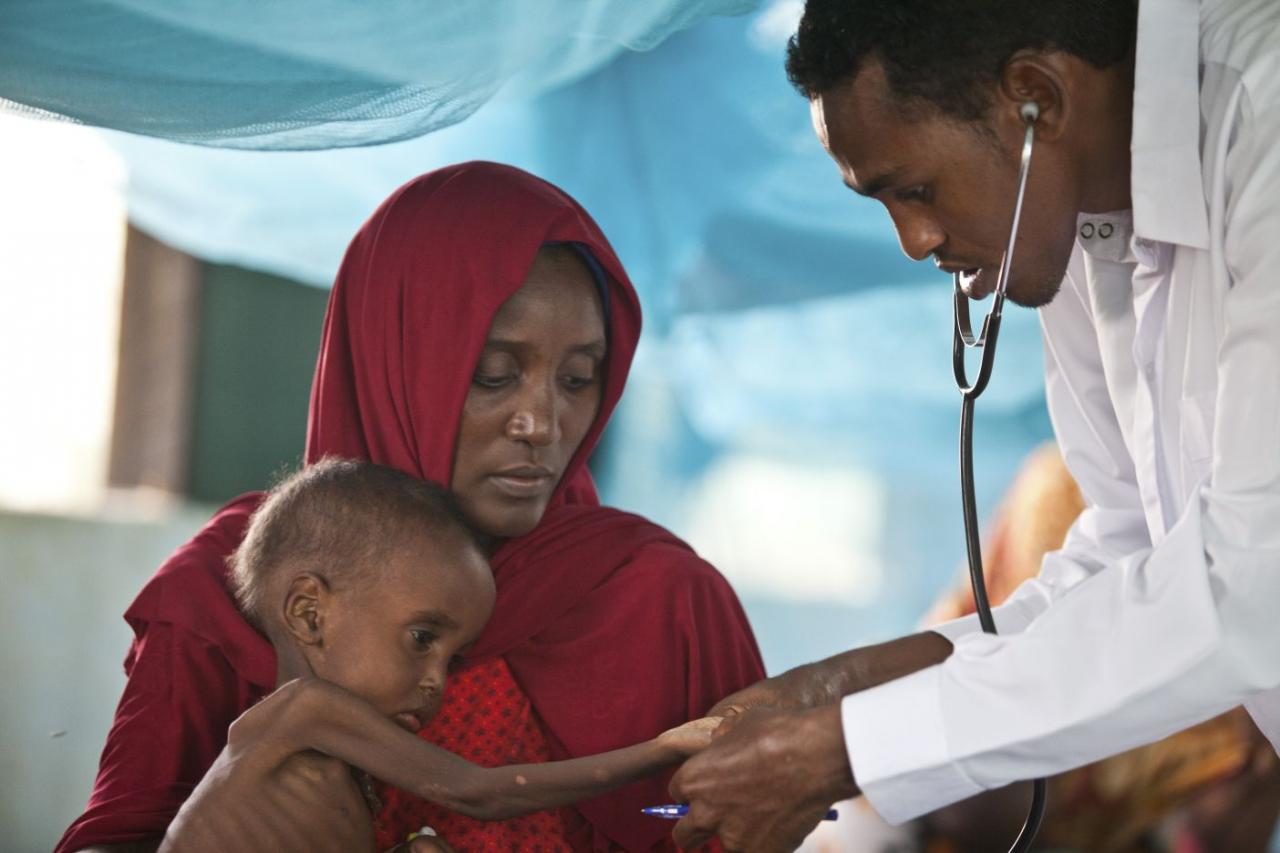 Irish Indepedent, August 3rd 2011  Children arriving at the world's largest refugee camp are having to wait up to 10 weeks for proper food rations as a result of red tape in the Kenyan government, aid agencies warned yesterday.  Growing numbers of Somali children are becoming more ill and malnourished after reaching the Dadaab refugee camp, say staff working for Medecins Sans Frontieres (MSF).

Somalis arriving in Dadaab are not eligible for full food packages until Kenya officially recognises them as refugees, which is taking "eight to 10 weeks", Mr Karunakara said.

Before that, they are given 21 days of less-nutritious emergency food, and can then apply for just a further 15 days of supplies, according to the UN's World Food Programme, leaving them short by about five weeks.

The gap in rations means that children's conditions can worsen -- sometimes fatally -- even though they are now close to the world's largest emergency humanitarian operation.

Because families with food are sharing with those who have none, it also has a knock-on effect on other refugees.

The nutritional status of refugees is deteriorating, even after arrival at the camps," said Mr Karunakara.

"This is a critical point in which health status can deteriorate."

Haredo Mohamed's five-month-old child died this week because of "poor living conditions" and a 51-day wait for official food rations.

"We came here because of suffering at home in Somalia, and we thought we would find shelter and food," she said.

"But there was no one here to receive us. It took three weeks to get ration cards but then we were not on the list."

Her family had been forced to "become beggars" for food from neighbours. The crisis is a measure of the chaos in the camp, which was built to house 90,000 but where there are now more than 390,000. A further 1,300 a day are still streaming over the border.

"We need to do better than pushing them out to live in the bush," said Prasant Naik, head of Save The Children in Kenya

Kenya's government insists that it vets all refugees because it has grave concerns over security and fears that al-Qa'ida-linked militants from Somalia are trying to infiltrate the camp.

But its officials have few facilities in Dadaab. All details, including fingerprints, have to be driven more than 12 hours back to Nairobi for security checks before refugees are officially recognised.

"People are arriving in very bad shape and everybody there in Dadaab is overwhelmed," said Alfred Mutua, Kenya's government spokesman.

But he insists that "everyone is getting food", and reiterated calls for feeding centres to be established in Somalia, "so we do not receive people here in Kenya already at the end of their lives".

Oxfam warned that the crisis was "spiralling out of control" and that the number of people in need could soon jump to more than 15 million.

Valerie Amos, the UN's aid chief, said that famine conditions could spread from two regions of Somalia to almost the whole of the country's south.