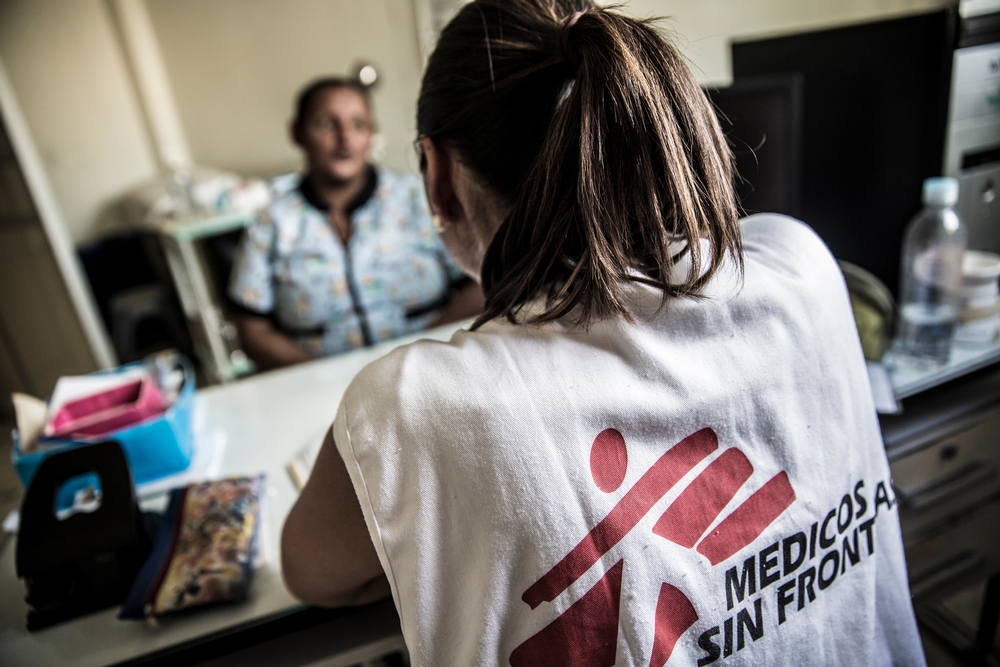 “When the fighting starts, you say, oh my God, and you rush this way and that, in a panic to get home and shut yourself inside, and the bullets whistle over the house. The children cling to your legs and scream when they hear a helicopter,” says Ana Silvia Muñoz.

“It’s horrible to live like that, and this is the life we are living here throughout the Cauca department.”

Ana Silvia Muñoz has been displaced several times by the armed conflict between armed groups and the governmental forces that has been going on for the last 50 years in Colombia in various regions of the country.

Despite the decrease in the amount of harassment, attacks and fighting, the people continue to live in fear, pain and silence in the Cauca mountains, in the south of Colombia.

It is one of the areas in the country with most armed activity, and home to some 450,000 people according to the last official census.

Violence in a tranquil setting

The conflict especially affects those rural indigenous and peasant communities, who live in remote villages and count for 20 percent of the population in this department.

Life in these villages seems tranquil. The houses are simple and are scattered across the mountains, surrounded by cultivated fields. The people work in the fields of corn, coffee or beans, and breed their chickens while the children go to the nearest school, sometimes two hours away, and play football like in any other place in the world.

But the sound of bullets and the buzzing of helicopters break this tranquility and then the inhabitants, used and resigned to it, run to hide in their houses or are forced to move to other places with their families until the violence stops and they can return.

Anna Surinyach/MSF
Threats, harassment, targeted killings, arbitrary arrests, kidnappings, extortion, and a sense of fear and insecurity affect the daily lives of thousands of Colombians who are trapped in this area.

It was on such a day that the bullets shattered the lives of Ana and her husband Carlos Héctor Zánchez one year ago. As usual, Carlos was sowing coffee in his field in the village of Luís Arriba, in Cauca.

“Around two o’clock, the shooting from the front started. We live in between two hills and our house and our field are in the middle when there is fighting. We locked ourselves up in our house to have lunch. Forty-five minutes later everything seemed calm and my husband went outside to feed the dog,” recalls Ana with a serious face.

He was hit by a bullet and fell at the feet of his six-year-old daughter, who ran into the house crying, thinking that her father was dead.

The bullet entered through his face and exited through his ribs, splitting his collarbone and leaving his arm disabled for life.  “I can’t do things by myself anymore, now I can’t work. I can’t hold anything in my hand for long,” adds Carlos shyly, while showing his scars.

Until then, he had been the family breadwinner. Now he can’t even afford the transport to see the specialist, who is in Cali, five hours from his house by 'chiva', a local bus, which is the only public transport available to descend from the mountain villages.

Ana escaped the bullets but suffers post-traumatic stress. “We were very affected psychologically by what happened. I was crying all day. We were fighting and fed up. Even our daughter is not well, she is behind in school,” says Ana, short and powerfully built.

“When she hears a helicopter she goes straight to the house and she tells me to hide or she says ‘Daddy, the bad guys are coming’,” adds Carlos.

The girl is frightened. 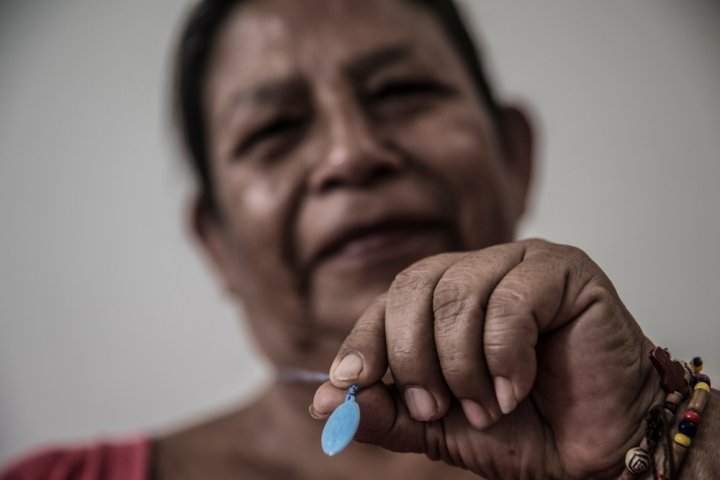 Anna Surinyach/MSF
An MSF patient whose son disappeared in 2008 explains "The silence is what kills."

Providing help to the neglected

The armed conflict has left the most directly affected people psychologically scarred for years. However, access to mental health in these isolated villages of the mountains is non-existent.

There are no available psychologists to do individual consultations at the primary care level nor in the municipal hospitals, which are very often six-hours away on unpaved routes.

The Médecins Sans Frontières/Doctors Without Borders (MSF) psychologists do both individual and group therapy sessions in the municipal hospitals and villages in the Cauca mountains. In this way, the dispersed populations also have access to psychological care.

In addition the MSF psychologists work with the community leaders, health promoters, midwives and teachers in prevention issues. The objective is to train them so they can identify which people need to be transferred to a psychologist or a psychiatrist and so that they can offer some immediate psychological primary care when there is an episode of violence.

In 2013, the MSF teams provided 974 psychological consultations in this area and trained 2,852 people.

“Many of the people who have suffered sexual violence or armed conflict events recently, or not so recently, and who suffer post-traumatic stress have never received psychological treatment,” explains Juliana Puerta, MSF psychologist who works in the area.

“We find children with post-traumatic stress, with night terrors and enuresis, or who have suffered sexual violence, and adults who suffer from fear and feel very stressed.” 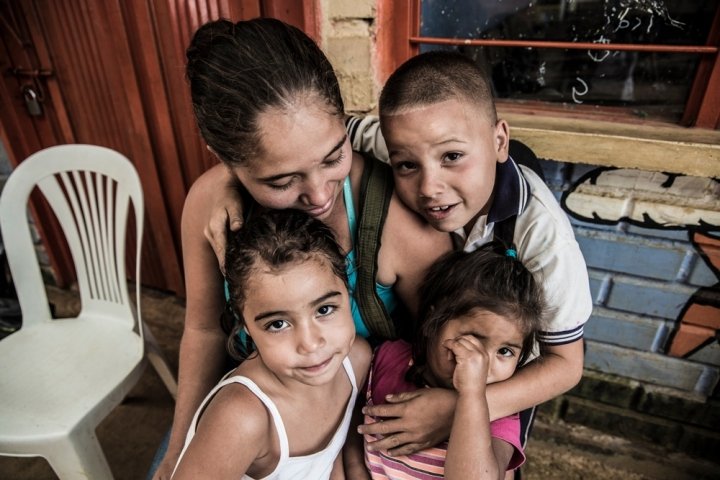 Anna Surinyach/MSF
Angela Patricia Serna's brother and husband were both murdered, "Both my children ask me ‘What happened to Daddy?'"

Elvia Pardo’s husband was killed in 2005.  It took her eight years to see a psychologist.

“When it happened, my younger son was seven-years-old. He didn´t want to go out, he didn´t want to go to the river for a walk. He was aggressive,” explains Elvia. “I thought ‘what is wrong with my son?’ and he asked me: ‘Mum, why don´t you look for the attacker or give me some clues how to find him?’”

“There was a rumor that they were going kill me, that they were following me. I left the house thinking I was never going to come back. That someday my three sons wouldn’t return. It was such a terrible fear, that I wanted to lock them up in a box. The nerves were killing me.”

Elvia, 57, and her son, 16,  started psychological therapy one year ago in Las Guacas, in the town of Corinto, where an MSF team goes once a month.

“They told me I shouldn´t live with this pain and that I could overcome it. The therapy has given me motivation and strength and trained me to able to go to the communities and tell them they can carry on," says Elvia, now a community leader trained by MSF.

"I don't have that fear anymore and I have managed to get over the death of my husband.”

There are plenty of stories that show the magnitude of the fear, the pain and the silence that affect these communities.

And they also show their need for access to a psychologist who can help them to close the open wounds and to face their lives while they continue to be condemned to suffer because of the conflict.

Find out more about MSF’s work in Colombia